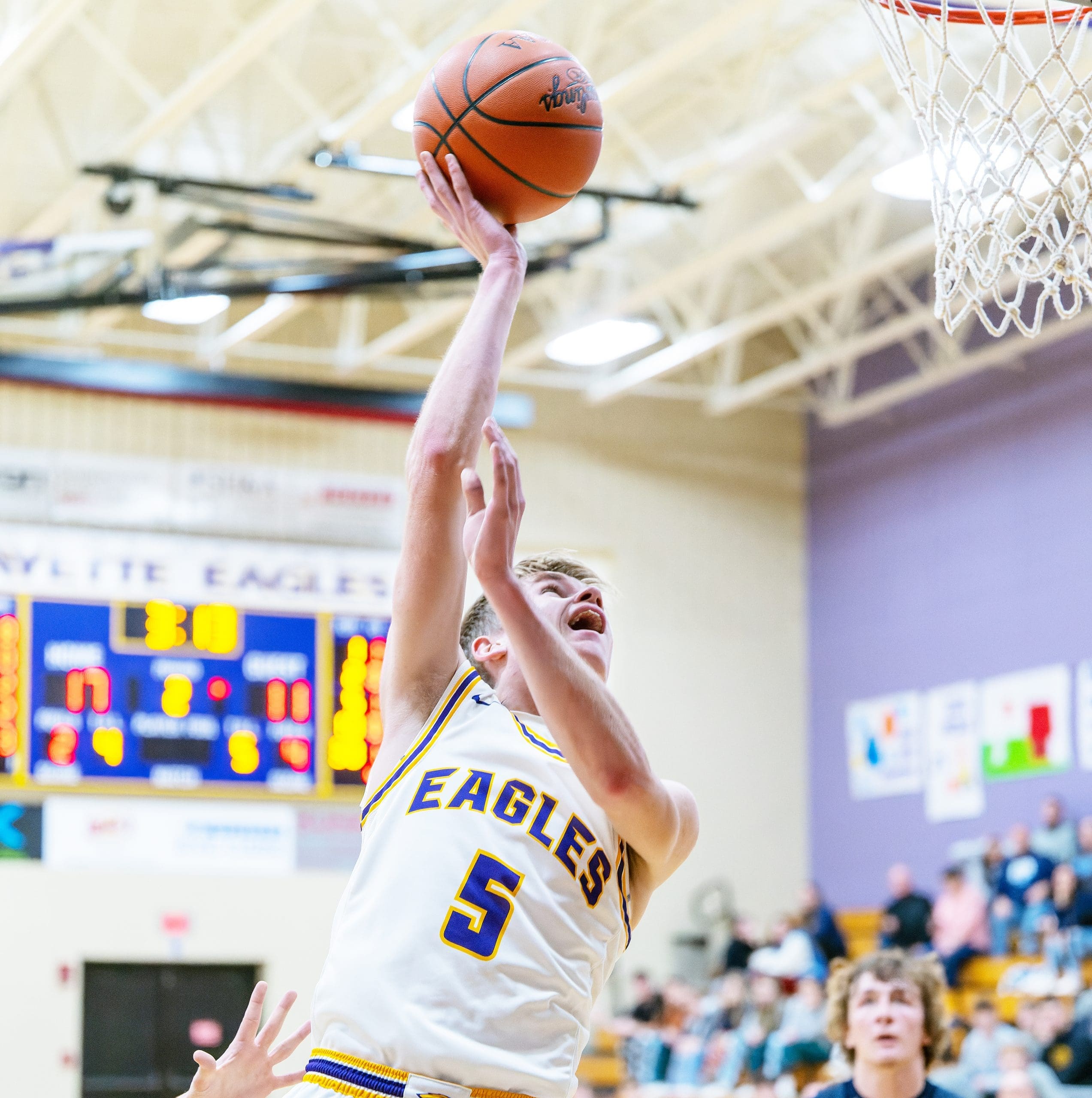 FAYETTE – Kaden Frenn had 21 points, including 11 in the second quarter, and the Eagles were 13/15 from the foul line in the final stanza to salt away a 50-39 win to start BBC play.

Driving layups from Demetrius Whiteside and Wyatt Mitchell and a triple by Xander Dunnett from the top of the circle, staked Fayette to a 7-2 lead out of the gate.

Montpelier responded with a 7-0 run as Grant Girrell scored inside and Garrett Walz hit a shot in the lane and then a corner three ball to give the Locos their first lead at 9-7.

After a Montpelier field goal, Frenn was 1/2 from the line before drilling a triple and Chase Moats would get a reverse layup as the lead ballooned to 19-11 forcing a Montpelier timeout at the 3:10 mark.

Frenn would end the half with another score down low and a 1/2 trip to the free throw line as the Eagles led 22-11 at halftime.

Montpelier opened the second half with a 6-1 spurt as Girrell scored twice in lane and Walz hit a turn around jumper to trim the Fayette lead to 23-17.

Fayette had the answer though with eight straight points starting with a Dunnett trey, a layup by Mitchell and a three-pointer from the left corner by Skylar Lester to give the Eagles their largest lead of the night at 31-17.

The Locos (1-4, 0-1 BBC) continued to battle as Walz hit from long range, Girrell scored on an offensive rebound and Chavez Martin hit a jumper to cut the Eagles lead to 33-24 after three frames.

Walz started one more run by Montpelier with his third tiple of the night followed by a Drake Sommer three-pointer of his own and then Walz converted a fastbreak layup to cut the deficit to just 37-32.

It was a parade to the free throw line down the stretch for the Eagles who were 11/13 at the charity stripe in the final 3:24 of the game to end up outscoring the Locos 20-5 at the foul line.

Walz finished with 20 points on the night to pace the Locos, 15 coming after halftime.