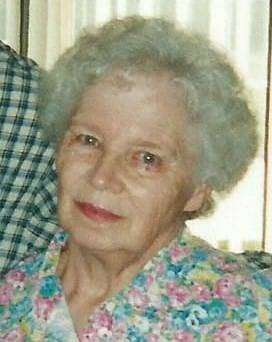 Betty was a machine operator for Strydel Inc., in Stryker for 21 1/2 years, retiring in June of 1991.  She was a member of the Montpelier Church of the Nazarene, where she taught Sunday School and Vacation Bible School.  Betty had many interest, including reading, putting together jigsaw puzzles and making crafts, sewing and other forms of needlework.  She deeply treasured the time she spent with her family.

Those planning an expression of sympathy are asked to consider memorial donations be given to Community Health Professionals Hospice, 127 Blakeslee Avenue, Bryan, Ohio 43506