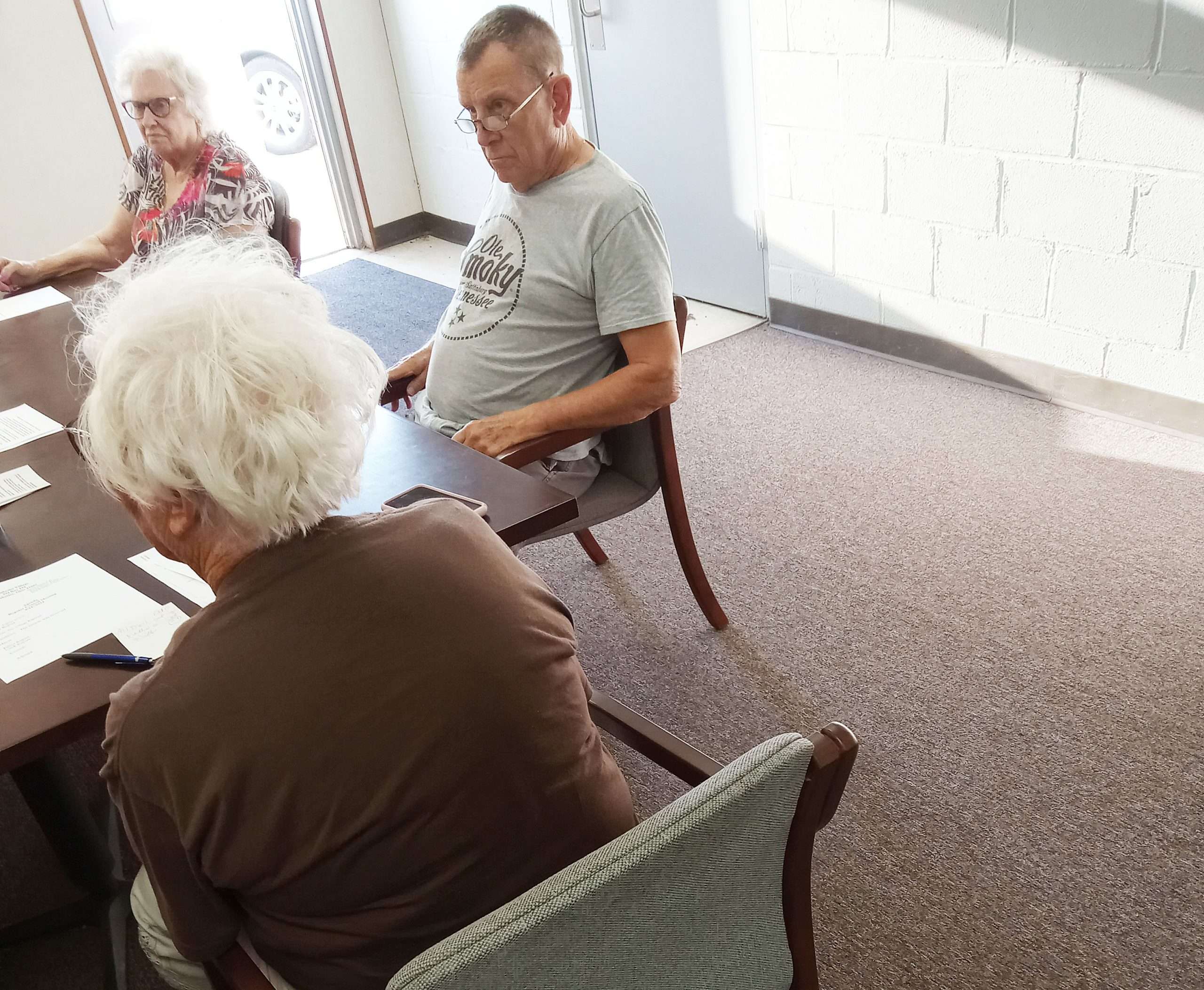 POTHOLE NEEDING REPAIR … Blakeslee council member Cletus Radabaugh asked if the village could ask the county if they could repair a pothole in the village. (PHOTOS BY DANIEL COOLEY, STAFF)

The Blakeslee Village Council meeting on September 21 began with the Pledge of Allegiance, followed by roll call.

First,council approved the minutes from the previous August 18 meeting.

In the finance report, there was an expense of $1,601, which involved buying a new mower in order to mow the village hills.

Clerk Courtny Osborn reported that although there was just a deposit of $432, there should be a lot more than that, because there is a lot of money from the county auditor that had not yet come in.

In legislative matters, the mower has arrived. It’s a new lawn mower and it was already used by Aiden Muehlfeld, in order to mow the village hills.

Mayor Linda Muehlfeld said that Aiden will probably mow that area a few more times, but the village will need to find someone who can mow the village hills next year.

Mayor Muehlfeld also said that Black Swamp is trying to put together a demonstration on running a robotic mower, in Montpelier, but no date has been set.

Mayor Muehlfeld is also talking to Dennis Miller, about getting a grant. Two important dates in the Village of Blakeslee have been set.

In other business, Radabaugh mentioned that the former clerk Beth Rediger was going to look into having the county repair a big pothole.

The pothole is located on the north end of Madison Street, by County Road H.New clerk Osborn said that she will look into the pothole situation.

Osborn mentioned that Jacob Howell, who has autism, is not eligible to join law enforcement.

Thus, he is collecting badges and Mayor Muehlfeld said that the village will find a badge to send to him.