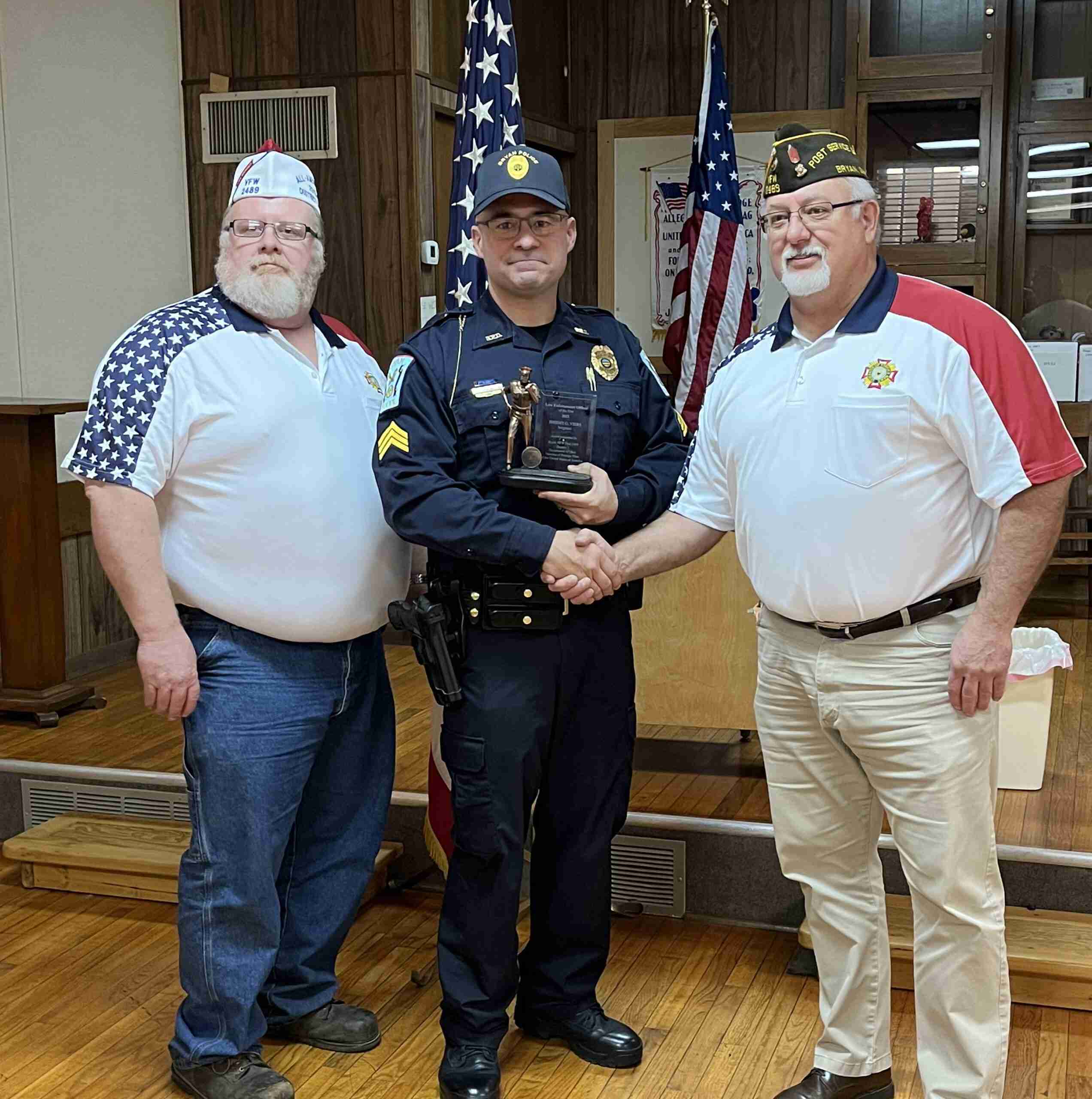 Each year the Bryan VFW awards a Law Enforcement Officer with the Officer of the Year award. For 2021, Officer Jeremy Viers was given this award at a ceremony held on January 6, 2021 at the VFW hall.

He is pictured here with Commander Gary Feeney on the left and William C. “Nick” Hill on the right.

After graduating from Montpellier High School in 1994 he received his Bachelor’s degree in Criminal Justice from Defiance College in 1998, and started at the Bryan PD in ‘98. He then interned with the US marshals.

Some of the highlights of his career have been: working six years with the multi area narcotics task force; developing an informant to help solve a Cold Case murder out of Metz, Indiana; successfully taking down a suspect that used an AK47 to shoot up the police department and then at officer’s in 2010; organizing the law enforcement torch run for the special Olympics; and supporting officers from every department in Williams County as the president of the fraternal order of Police for over a decade.

“I appreciate the recognition from the VFW,” Viers said. “There are so many great men and women that deserve recognition for showing up every day to keep our cities and villages running…nurses, firefighters, utility workers.”