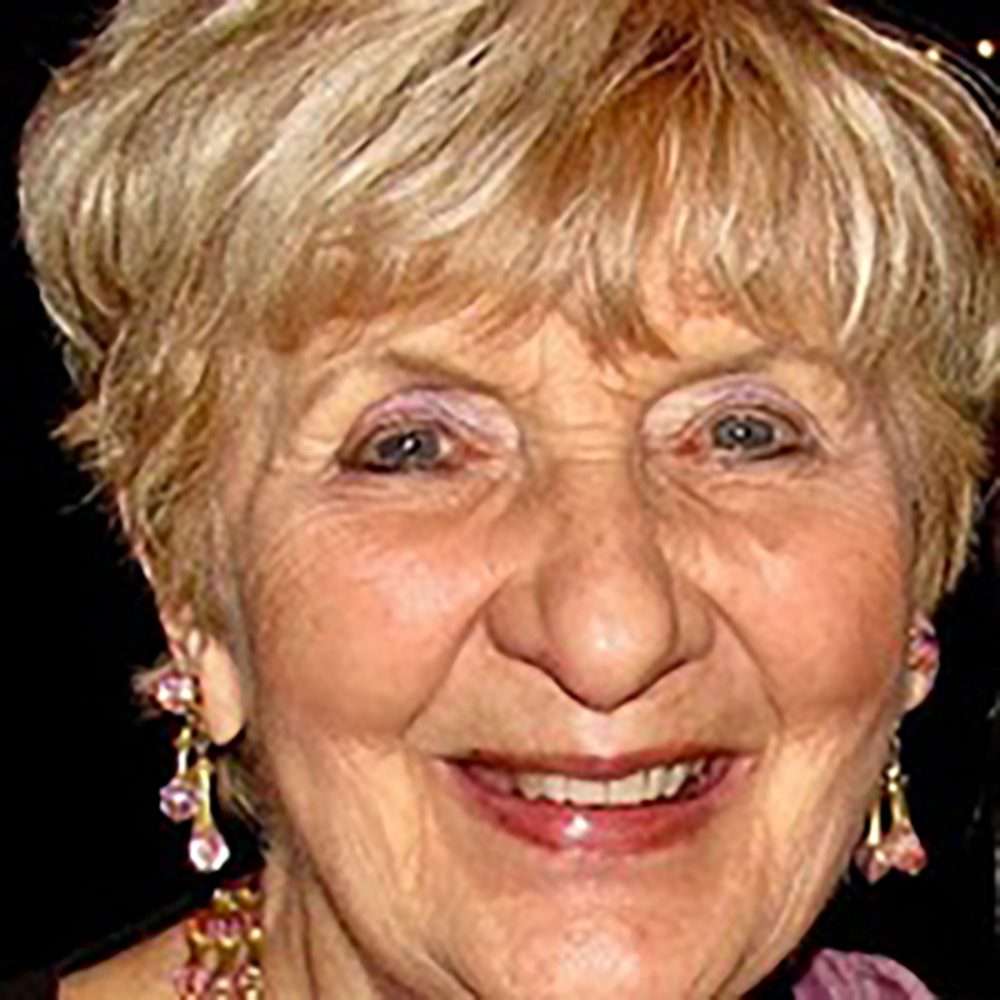 June was born September 25, 1926, in Windsor, Ontario, Canada, the daughter of James and Ella (Eveleigh) Spence. Growing up in Windsor, June was very active in music and sports.

She took vocal lessons at an early age and was a swimmer and diver in high school. She spent summers on the Canadian side of Lake Erie with her parents and three older brothers.

While taking vocal lessons in Detroit, she met conductor, Dr. Ellis Snyder, who encouraged her to enroll at Capital University in Columbus, Ohio.

With her father’s permission, June entered Capital and joined the famed Chapel Choir and became a soloist.

At Capital she met her first husband, Orville (Cy) Dally, who was also a music student. They performed their senior recital together.

She was 20 when she graduated from Capital University. June and Cy were married in Canada on August 16, 1947.

Their first teaching assignment was in Edgerton. She taught English, Latin, music and started an ensemble called the “Rainbow Girls.”

While in Edgerton, the Dallys made lifelong friends with another musical couple, Fritzi and John Hartman from Bryan. In 1951, the Dallys moved to Bryan where Cy created and directed the first-string program in the schools.

June was a soloist for the Messiah and other cantatas in the community. She volunteered in the schools starting girl’s ensembles and later boys. Rehearsals were often held in her home so she could be home with her three small children.

The groups provided entertainment for church, literary, and service clubs. June also took to the stage herself with the “Stump Jumpers”- the Dallys and Hartmans entertaining in Minstrel Shows and other community events.

June became involved in community organizations- Taine Club, and later Literary Forum. She was a supporter for over sixty-five years of the Williams County Community Concert Association.

In the 50’s and early 60’s she and Cy were choir directors at the First Lutheran Church and later at the First Presbyterian Church.

When the new Bryan High School opened on Portland Street, the Panorama of Music was created by the Dallys and Hartmans and involved the entire music department.

June wrote and directed her ensembles in mini musicals within the program. Cy Dally died November 1972. June took over as director of the Bryan High School vocal program and director of the Presbyterian Church choir.

In the schools, June started the “Lightshine” a combined boys’ and girls’ ensemble and she organized and directed the first musical.

In 1978 June recruited 25 high school singers from the Bryan area to be the nucleus of a 60-member choir that made a 3 1/2-week tour of seven European countries.

She retired from teaching in 1980. After the Madrigal feast programs at Northwest State Community College were discontinued, June was the driving force to organize the feast chorale program in Bryan.

As one of the directors and singers, June was part of the Madrigal Feast that performed to hundreds of people. In 1992-1993 to observe the 40th anniversaries of the Williams County Community Concerts and the Williams County Playhouse June, along with Cecil Goldsmith organized the Cultural Explosion, a county-wide event including 10 concert festivals with more than 200 people participating.

June served on the YWCA Board and was an officer several times for Church Women United. In 1994, The YWCA honored her as “Women of Achievement” in the Fine Arts.

The Bryan Area Foundation gave the Websters the “Good Citizen Award in 1998. As director of the Presbyterian choir, June wrote and directed many cantatas at Christmas and Easter.

She also directed the Bell choir and was Christian Education Director of the church for many years. She also organized a Summer speaker series.

After 38 years of marriage, Paul died in 2012. She continued to lead the Presbyterian Choir, finally retiring after 47 years.

She participated in exercise programs at the Y, took line dancing lessons, lead a bible study, continued to promote Community Concerts, enjoyed summer weekly concerts of the Bryan City Band lending her voice in the National Anthem, played mahjong and scrabble, enjoyed reading both fiction and nonfiction, but most of all, she loved being with her family.

Summer vacations at the Outer Banks and Hilton Head gave her great joy being with her kids, grandkids and great-grand kids. In her early life, June learned “to whom much is given, much is expected.”

Because of all of her blessings, it was her desire to give back; to make her world a better place. Her faith led her in all that she did. She always said, “I’ve had a GREAT Life!”

She is preceded in death by her parents, three brothers, two sisters, husbands, Orville Dally and Paul Webster, and one infant daughter, Susan.

In continuing her tradition of teaching, June donated her body to The Ohio State University Division of Anatomy to be used to educate future physicians, nurses, and physical therapists.

A celebration of June’s life will be Saturday, January 29, 11:00 AM, at the First Presbyterian Church on Oxford Drive. Visitation will be held one hour prior to the service at 10:00 a.m. Because of the pandemic, the family encourages the use of masks and social distancing. A luncheon at the church will follow the service.

Memorial contributions may be sent to the Orville Dally and June Dally Webster Community Fund of the Bryan Area Foundation or The First Presbyterian Church.

The memorial service will be live streamed on Facebook at First Presbyterian Church Bryan, Ohio and a delayed broadcast on YouTube at FirstPresBryan.

To send a flower arrangement to the family of June Spence Dally Webster, please click here to visit our Sympathy Store.