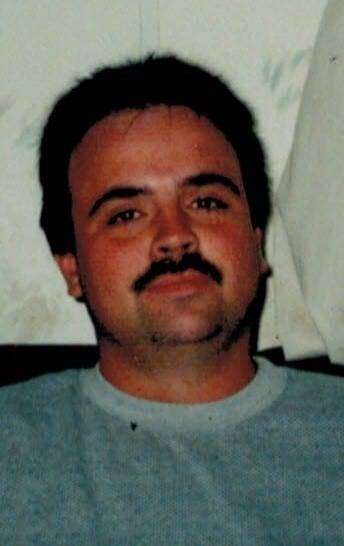 Christopher A. Bomar, age 43, of Delta, passed away at his home Saturday afternoon December 12, 2015 with his family by his side. Chris was born in Wauseon on January 2, 1972 to the late Arthur Bomar and Regina (Sharp) Bomar who survives.  He was a 1990 graduate of Delta High School.  On July 12, 1996 he married Tamara McGovern and she preceded him in death on December 27, 2013.

Chris was a Diesel Mechanic by trade, serving most of his employment time with General Truck Sales.  Some of his fondest hobbies were riding ATV’s and 4 Wheelers, but most of all he loved spending time with his wife and sons.

In addition to his mother, Regina Bomar of Wauseon, he is survived by his sons, Dustin, Christopher, and Nicholas Bomar, all of Delta; two sisters, Marla (Daryl) Shultz and Mary Bomar; many loving aunts, uncles, cousins and faithful canine companions, Zoey and Rocky.

Friends and family will be received from 2-4 and 6-8 PM on Tuesday, December 15, 2015 at Barnes Funeral Chapel, 5825 St. Hwy. 109, Delta.  A funeral service honoring Chris’ life will be held at 10:00 AM on Wednesday; also at the funeral home.  Pastor Jeff Davis will be officiating.  Interment will follow at Shiloh Cemetery in Delta.

Those wishing an expression of sympathy are asked to consider contributions to the pancreatic charity: Pants Off Racing, 1200 Manhattan Ave, Manhattan Beach, CA 90266 in his memory. Online condolences may be sent to the family through our website at www.barnesfuneralchapel.com

Be the first to comment on "Christopher A. Bomar"