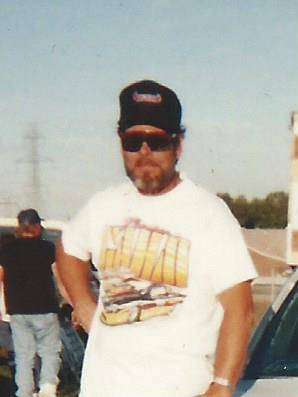 David Lee Sidle, Sr, 68 of Montpelier Ohio, passed away peacefully in his home on Sunday, October 23, 2016, with his family by his side. David was born on April 8, 1948 in Bryan Ohio to Lester S. and Elizabeth M. (Blair) Sidle, and graduated from the Bryan High School with the class of 1966. David married Beverley M Nichols on October 29, 1966 in Bryan, Ohio. David was a member of Life Changing Realities Fellowship Church as well as Past President of the “Cruisin Knights Car Club” of Bryan. David and wife Beverley also lived in a retirement community for 5 years in Winter Haven, Florida, but the sunshine of Florida could not keep them away from where their hearts laid in Northwest Ohio, and moved back to the area that brought them together.

David retired from BPI formerly Miami Corrugated in 2007. He loved spending time with his family and friends rather it was by the campfire, setting on the front porch or just a lazy day in the living room. David was always full of life and could make anyone laugh. David had many hobbies and interests, which included car racing of any type, camping, as well as hunting, fishing and helping in the community. A Clark Griswold stereotype, David loved the Christmas season, which was his favorite time of the year, he enjoyed picking out the family Christmas tree, decorating the family home, cutting Christmas cookies and preparing the often comically named the Christmas Turkey for his family.

David will be loved and missed by his surviving wife Beverley of Montpelier, four children, David “Moose” Sidle of Bryan, Christy (Jamie) Ferguson of Texarkana, Texas, Cheryl (Jason) Ankney of West Unity Ohio and Pamela (Chuck Barlow) Sidle of Edgerton Ohio, as well as ten grandchildren, 8 great grandchildren and 2 K-9 companions Hunter & Scuddles. He is preceded in death by both parents and one son Shannon Lynn Sidle whom passed away at the young age of 15 months.

A private service will be held at a later date determined by the family. Arrangements are under the care of Oberlin-Turnbull Funeral Home, Bryan.

Memorial contributions may be made to St. Jude Children’s Research Hospital or Community Health Professionals Hospice.