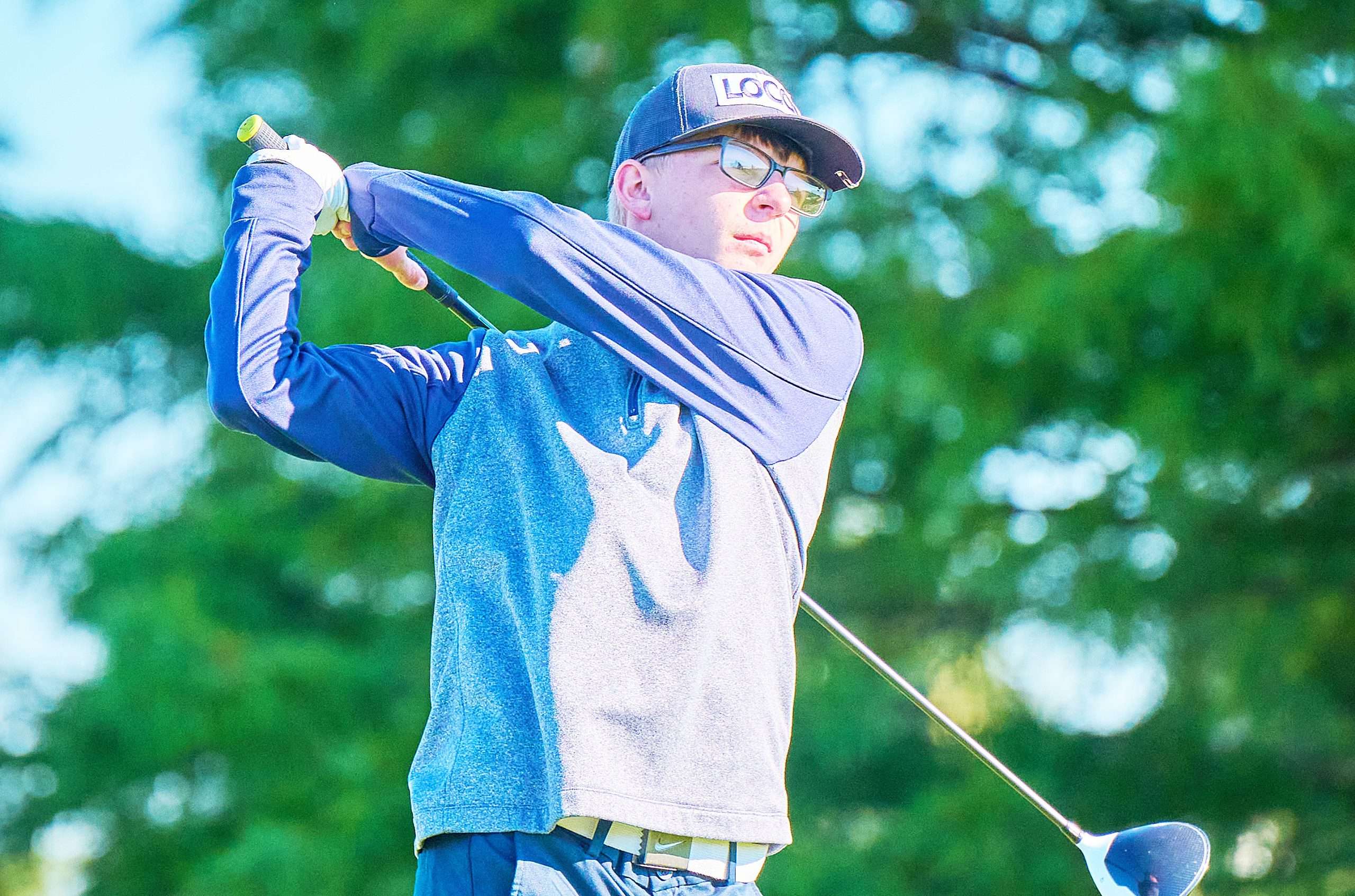 SECTIONAL CHAMPS … Montpelier’s Drake Sommer watches his tee shot during the Division III sectionals at Ironwood Golf Course in Wauseon. Sommer fired an 80 to tie for fourth as the Locos advanced to their fourth straight district tournament. (PHOTO BY RICH HARDING, STAFF)

WAUSEON – The co-champions of the BBC were the top two teams in the Division III sectional at Ironwood Golf Course in Wauseon.

Montpelier put together a school sectional record 321 led by individual sectional champion Jaxon Richmond’s 73 (+1) as the Locos earned their fourth straight trip to the district tournament.

Pettisville totaled a 348 to place second and advance to districts paced by Jack Leppelmeier who was third overall with a 79.

The Edgerton Bulldogs were fifth, missing a top three spot by just ten strokes as they shot a 370 led by Kaden Kennerk with an 84, which qualified him as an individual for districts.

Ben Pettit of North Central also advanced to districts by carding a 78 to earn second place overall and help the Eagles place sixth as a team with a 378.

In the Division II sectional at Heatherdowns Country Club in Toledo, the Bryan Golden Bears topped the six NWOAL teams competing with a 338 to grab the last spot for districts.

Drew Dauber fronted Bryan with a 78 to tie for third and Noah Huard turned in an 80 to tie for fifth.

Archbold and Swanton tied for fourth as they both had 347s with Archbold being paced by Cahle Roth and Luke Rosebrook who each posted a 77 to tie for first overall and qualify them for the district tournament.

Mazin Rukieh led the way for Swanton with an 84.

Jackson Glecker and Mykale Schneider fired rounds of 80 and 82, respectively, to lead Wauseon to a 358 and a seventh-place finish.

Gleckler’s 80 put him in a three-way tie for the final two individual spots for districts, but Gleckler lost the subsequent playoff to Trent Marten of Eastwood and Greg Tefft from Toledo Central Catholic.

Both district tournaments will be held on October 6 with Division II playing at Eagles Landing Golf Club in Oregon and Division III will be at Stone Ridge Golf Club in Bowling Green.