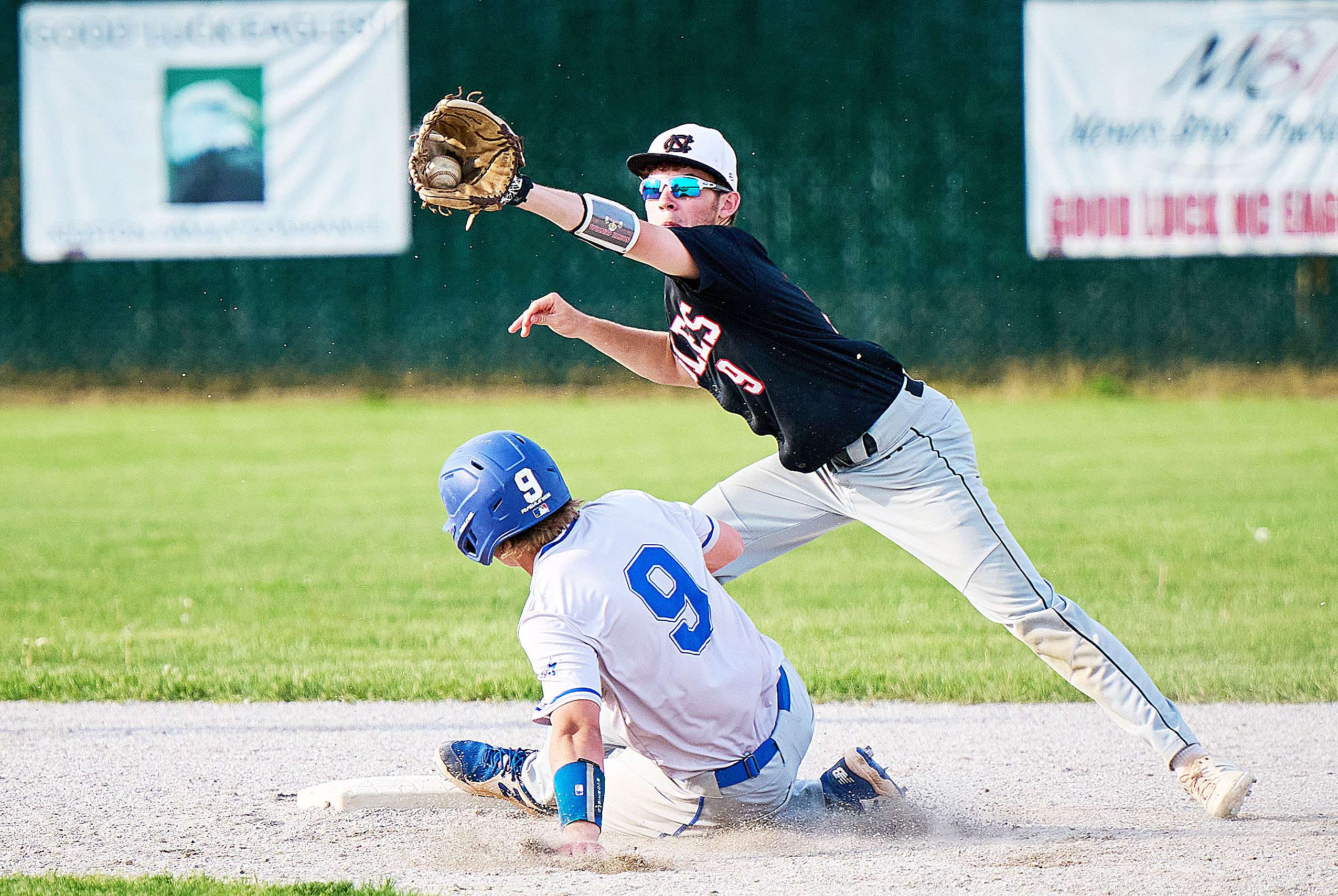 STOLEN BASE … Garrett Skiles slides in under the throw as he steals second base in the seventh inning. (PHOTO BY RICH HARDING, STAFF)

PIONEER – The sixth seeded Bombers scored the games’ final five runs after falling behind 2-0 as they surprised No. 3 North Central 5-2 in the Division IV sectional finals.

The Eagles struck early as Sam Wheeler, Zach Hayes, and Cohen Meyers each singled and combined with an Edon error helped North Central jump out to a 2-0 lead.

Edon answered back quickly in the second inning as Garrett Skiles walked and Konnor Prince had a bunt single to get things started.

With the runners now at second and third after a sacrifice by Wyatt Moore, Ian Hickman hit a ground ball that was mishandled by the Eagles, allowing two runs to score to tie the game 2-2.

The score remained tied until the fifth when Ethan Steinke, Cole Vasquez, and Skiles all singled to load the bases with one out.

Prince would give Edon the lead with a two-run single to center, scoring Steinke and Vasquez, and giving Edon a 4-2 lead.

Edon added an insurance run in the sixth after a single by Caden Nester and he later scored on an Eagle error to make it 5-2.

Vasquez would then lock down the North Central bats to finish off a complete game win for Edon.

Vasquez scattered five hits and recorded eight strikeouts in seven innings on the mound while Prince paced Edon at the plate with a 3-4 night and two RBIs.

Edon will take on No. 2 seed Antwerp in the second game of the Division IV district semifinals on Wednesday, May 25th in Bryan at 6:30pm.