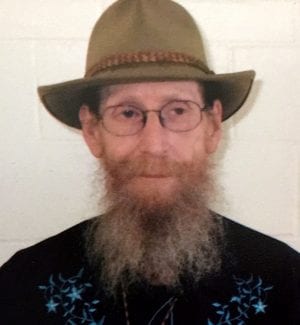 Donald Wayne Shaffer, 71, of rural Alvordton, OH, died Monday, November 28, 2016, at his home, surrounded by his loving family. He was born June 4, 1945, in Hillsdale, MI to the late Nelson L. and Marguerite E. (Bringman) Shaffer. He married Mary Ruskey in 1968, in Wauseon, OH, and later married Geraldine Justice in 1998 in Alvordton.

Don lived the majority of his life in the Fayette area, and graduated from Gorham-Fayette High School in 1963. He proudly served our country as a member of the United States Army from 1965-1967, and belonged to the VFW throughout his life. Following his military service, he worked as a mason for Mel Wyse of Fayette, and later was employed as a millworker at Esto Company in Stryker, OH.

Besides for his family, Don’s church was the forefront of his life. He loved Olive Branch Christian Union Church and all of its faithful congregation. He enjoyed gospel music, fishing in Harrison Lake, gun collecting and gun shows, gardening, and he took care of numerous litters of kittens.

A service of tribute to Don will be held on Thursday, December 1, 2016, at 12:00 p.m. at the Olive Branch Christian Union Church. An hour preceding the service will be gospel music performed in his honor. The family will receive friends for visitation on Wednesday, from 2-8 p.m. at the church. Interment will take place at a later date in Tedrow Cemetery. Arrangements are being handled by the Eagle Funeral Home in Fayette.

Memorial contributions in honor of Don are suggested to Olive Branch Christian Union Church. Friends can share memories and words of comfort with the family online at www.eaglefuneralhomes.com