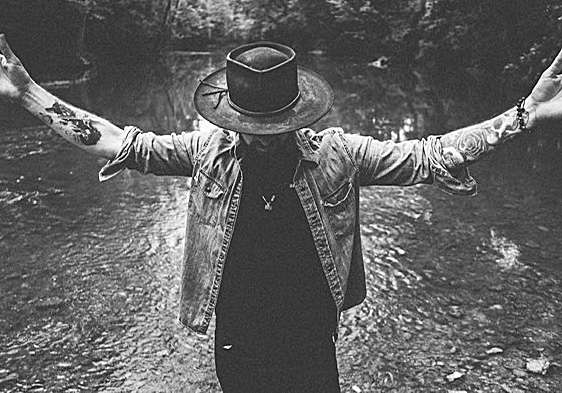 Dusty Bo and the Contraband will be performing at JJ Winn’s in Holiday City on October 28, 2022 and opening the Beer and Wine Fest in Montpelier on November 5, 2022.

Dusty Bo is advertised as “delightfully eclectic”, a “versatile song smith” and someone who “brings the modern Rock/Indi fire and an unmistakable soulful voice along with his killer songs.”

Dusty’s musical influences include Jimi Hendrix, AC/DC and Led Zeppelin. Shirley Kennedy, SJK Public Relations, LLC, says that the show at JJ Winn’s will be a special all-acoustic show, “giving residents a preview of the festival” to be held on November 5th.

The band has been on tour since September 20 and are looking forward to playing at the festival to round out their tour which has taken them to NY, Michigan, Illinois, Wisconsin, Kentucky, Tennessee and Ohio.

The tour is in support of Dusty Bo’s “solo debut, The Vulture and The Fox, a concept album about a gunslinger who moved to the wild west to make his fortune and ended up fighting for his life.”

Kennedy says that Dusty is “an amazing storyteller and stellar vocalist, and his live shows are not to be missed.

He is getting attention during his travels, which has included television appearances in Atlanta and Nashville.”

He also has an upcoming appearance on WGN 9’s Daytime Chicago on the morning of October 19th.

After Dusty Bo had a stint as front man for successful alt-rock band Future Villains, he is now “settling into his own sound, a sound that is true, pure, and decidedly enthralling,” Kennedy says.

The Vulture and The Fox is a guitar driven 12-Track album that displays an effortless marriage of rock, blues, Americana, and country.

Demand for Dusty Bo and the Contraband in 2023 has already begun, with an invitation to headline the Star Spangled Fourth of July celebration in Mocksville, NC; a performance/interview on WSMV Today in Nashville; and others in the works.