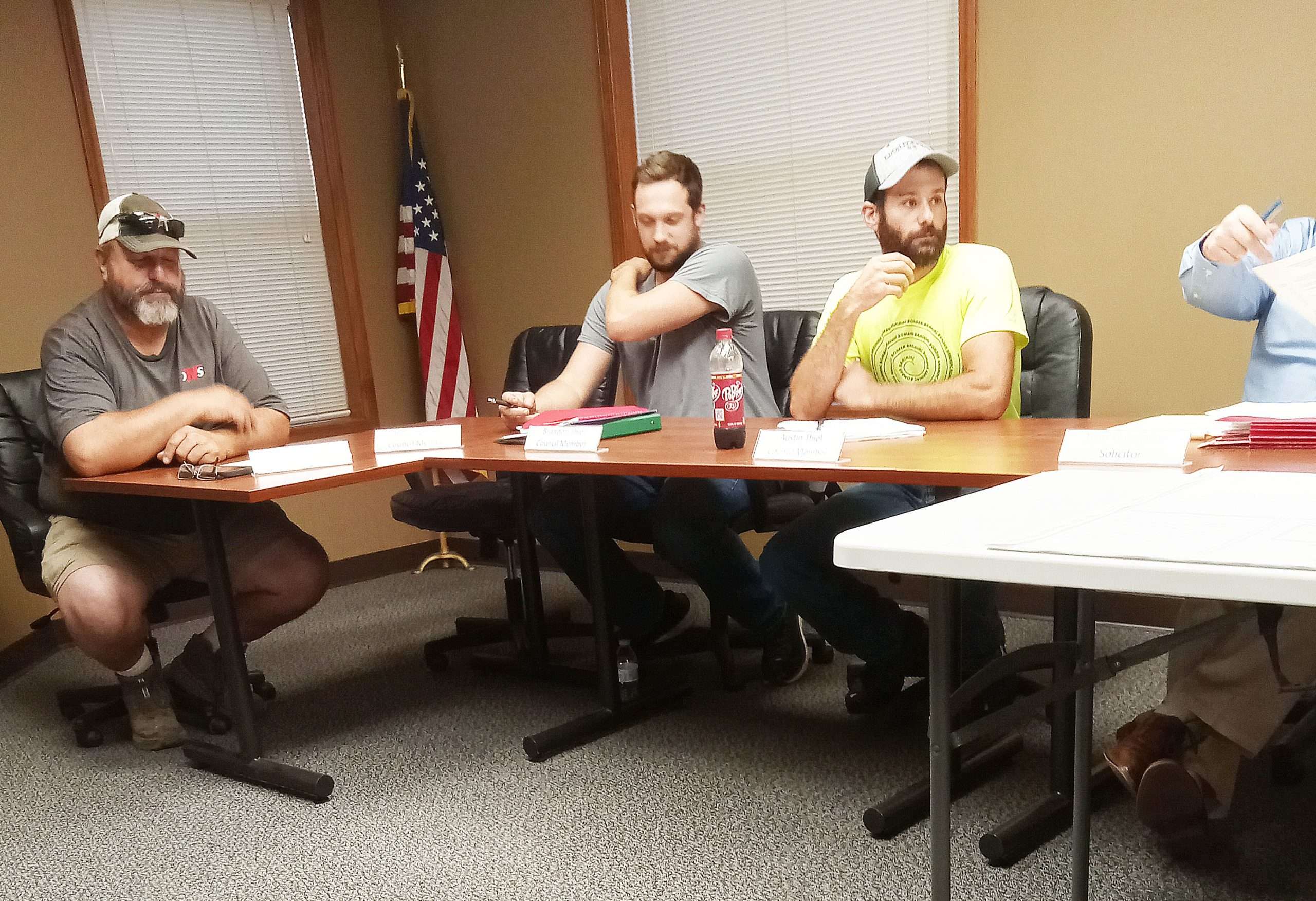 PROJECT UPDATE … Left to right, Edon council members David Louborough, BrandonThiel, and Austin Thiel listen to administrator Chad Ordway’s announcement that the downtown project will begin in the near future, possibly within the next two weeks.  (PHOTO BY DANIEL COOLEY, STAFF)

Council began the meeting by approving the minutes from the August 22 meeting. Next council approved of the paying of the bills, from the financial report.

Police Chief Tom Szymczak reported that there were 798 passengers on the train trip to Michigan. He said the trip went smoothly.

Village Administrator Chad Ordway reported that with phones that are six years old, he found that it may be cheaper to go with First Net, instead of continuing with AT&T. He will continue to discuss what will be the best coverage possibilities.

Ordway reported that the downtown project is beginning. This project includes new sidewalks, plus work on the streetlights and traffic lights.

Next council approved Ordinance 10-22. This involves the recodification of ordinances through July 22.

Council then approved Ordinance 11-22, a lot split into three lots on Bunny Lane. Next council approved that Trick or Treat will take place on Saturday, October 29.