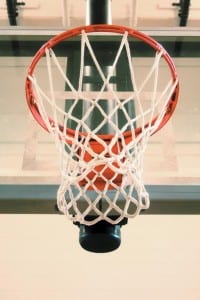 FAYETTE – The long and short of the January 22 tilt between Fayette and Waldron reads like this: Waldron couldn’t hit…Skylar Lantz couldn’t miss. Lantz personally outscored the entire Waldron team with a game-high 18, as the Screamin’ Eagle JVs took their visitors on a 55-10 trip to the woodshed.
In the interest of sportsmanship, Coach Mike Maginn pulled Lantz and two other starters at halftime. By that time, he had canned five field goals in the first period, then followed up with four more in the second. The Eagles led 39-6 at the half, and the second half only proved more dismal for the visitors.
Joining Lantz in the hit parade was Dylan Stannard and Justin White with 7 points apiece. Marcus Stoltzfus put in 5 points, Ryan Gilmore and Danial Michael each had 4 points, Wade Burkholder and Tristan Bates had 3 points apiece, and Grant Schaffner and Jerad Seiler each had a deuce.