Every year Fayette FFA offers a Dairy Foods contest for the members to participate in. In this contest, members tasted different cheese, milks, and learn how to determine if a cow has Mastitis. Members that participated in the dairy foods contest this year were: Cady Stockburger, Allison Cuff, Noelle Goodson, Patty Hookstadt, Miranda Minzey, Alexis Fruchey, Emilie Keiser, and Jessie Wheeler. The team placed better than any other year by placing 2nd in the district. Allison Cuff placed 4th as an individual. Congratulations!
Members can also participate in Dairy Judging where they judge cattle. Members who participated where Cole Burkholder, Spencer Keefer, Alec Hylander, Demi Powers, Seth Beaverson, Alejandra Gonzales, Jena Meyers, Ryan Gilmore, Wade Burkholder, Taylor West, Paige Keefer, Ciara Lichtenwald, Casen Burkholder, Riley Ruger.
There is also a trap shoot that members can participate in every year in Wauseon, OH at the Fulton County Sportsman Club. At this activity, the members shot 25 clay pigeons each. Members who participated this year were Alec Hylander, Logan Franks, Zayne Colegrove, Cole Burkholder, Collin McCabe, Riley Martin, Wade Burkholder, Danial Michael, and Casen Burkholder. Six members are also participated in the trap shoot in Whitehouse, OH. Members were Alec Hylander, Zayne Colegrove, Cole Burkholder, Danial Michael, Wade Burkholder, and Casen Burkholder.
The National FFA Convention was held in Indianapolis, IN. Chapters from all 50 states including Puerto Rico and the Virgin Islands attend convention in Indy. The Fayette FFA Chapter officers traveled there this year and experienced speakers, tours, and various college opportunities at the trade fair.
This year the speaker at the 85th National FFA Convention and Expo was Scott Hamilton. Scott is an American figure skater and an Olympic gold medalist. He had encouraging words to the fellow FFA members and no matter what life throws at you to not give up on your dream and goals.
Indianapolis holds a career show during the course of the convention. Students had to opportunity to play games and win free things. Many colleges were there to offer help to those looking for a future in agriculture.
FFA Rally to Fight Hunger was part of the 85th National FFA Convention and Expo. More than 9,500 FFA members, advisors and guests took part in the Rally to Fight Hunger. 1 million meals were packaged in just 20 hours. Half of the meals stayed in Indianapolis and the other half went to Haiti. The officer team and Mrs. Shultz took part in the Rally to Fight Hunger and had a blast being able to volunteer towards a great cause.
With down time during National Convention the officer team was able to attend the Brantley Gilbert and The Band Perry concert, as well as Buckeye Bash. Not only did they have a blast, but it was good being able to mingle with others from other parts of the United States and in our own state of Ohio.
Every year at National Convention the officer team takes tours. This year’s picks was Traders Point Creamery, Team 6R Racing, and DeBrand Chocolates. Traders Point Creamery showed us how the milk from their own heard of Brown Swiss was processed and just exactly what it took to run their family run dairy farm. Team 6R Racing was a shop of about 6 or 8 race cars and their equipment. The tour guide was a car racer himself as well as his brother. The final tour during FFA National Convention was DeBrand Chocolates. The officers got to tour how the chocolates are made. All of their chocolates are hand crafted and have their own recipe. We got to sample many different kinds of chocolate that they offered. Least to say we were not disappointed.
National Convention is a great learning experience and a good time for those FFA members who attend. It has so much to offer and a good experience to get out and see what other FFA chapters are doing. The officer team had a good time and got to experience things together at the 85th FFA National Convention and Expo. 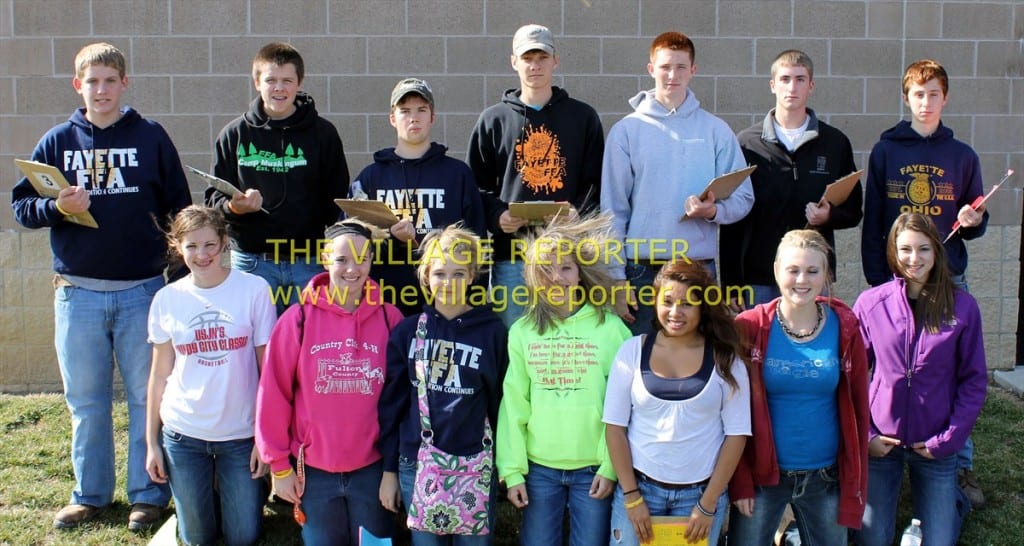