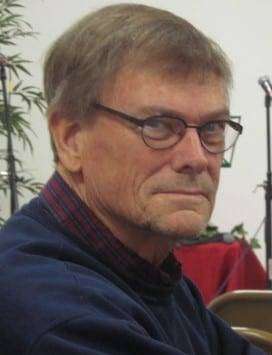 A former Edon man is sharing a chapter of his life in a new book designed to strengthen people’s faith.

It’s the third edition of the book which sprang out of a gathering of 40 pastors representing a dozen or so denominations across northern Indiana. The group now’s calls itself the Indiana Regional Unity Gatherings.

Winright’s church, Revelation Chapel, hosts the meetings when they come to Angola and he was invited to share his story. In it he shares how he revolted against God when he was 14 following his father’s death in an automobile accident.

Winright shares how his life reached a point where he knew he had rely on God and with his new bride was able to get his life back on track and eventually starting the church in 2013.

He says he is happy in his new calling as a pastor. So happy he has handed out 80-90 copies of the book so far.

“I use it as a witnessing tool,” Winright said.

Winright and his wife Marilyn have been leading the flock at Revelation Chapel for the past few years and are worshiping in their new home at 501 John St. in the lower level of the Oddfellows Hall. The congregation has grown from six members to 25 with as many as 62 at one service.

Winright has been a success wherever he has went, including becoming a supervisor of 200 people on second shift at Mohawk Tools.

On the homefront, his wife blessed him with four sons. The couple owned a farm on Ohio 49 north of Edon and turned it into the golf course Windwood Hollow.

All was great until she ended the marriage and moved to Florida. She sold her half of the course to her dad and brothers. Winright followed suit and moved to Florida to be near his sons. While in Florida, he partnered with former Major League pitcher Steve Carlton on a venture called Creations Unlimited.

After Carlton sold that business, Winright moved back to Edon and worked for a Texas-based company Chippenhook Unlimited in sales covering a five-state region in the Midwest. His work saw sales climb to $3.5 million by 2003.

During that time he was mayor of Edon and claimed a role in the erection of a new water tower and new school. But his faith lagged.

“When we moved to South Carolina (in 2003) we got involved in two different churches,” Winright said.

The couple moved back to the area in 2012, and after visiting a number of churches, Wainwright and Marilyn decided to start a church.

“I had always wanted to be a full-time pastor,” Winright said. “I felt the leading of God.”

The church started out in downtown Angola, but was able to secure the lower level of the Oddfellows Hall when it needed the space, he said.

Much of the church’s trappings have been donated including the pulpit, cross and sound system.

“All of this was confirmation this is God’s will,” Winwright said.

Jim Pruitt may be reached at publisher@thevillagereporter.com