FULTON COUNTY GAME OF THE WEEK: Archbold Bounces Back To Handle Delta 43-0 On Homecoming 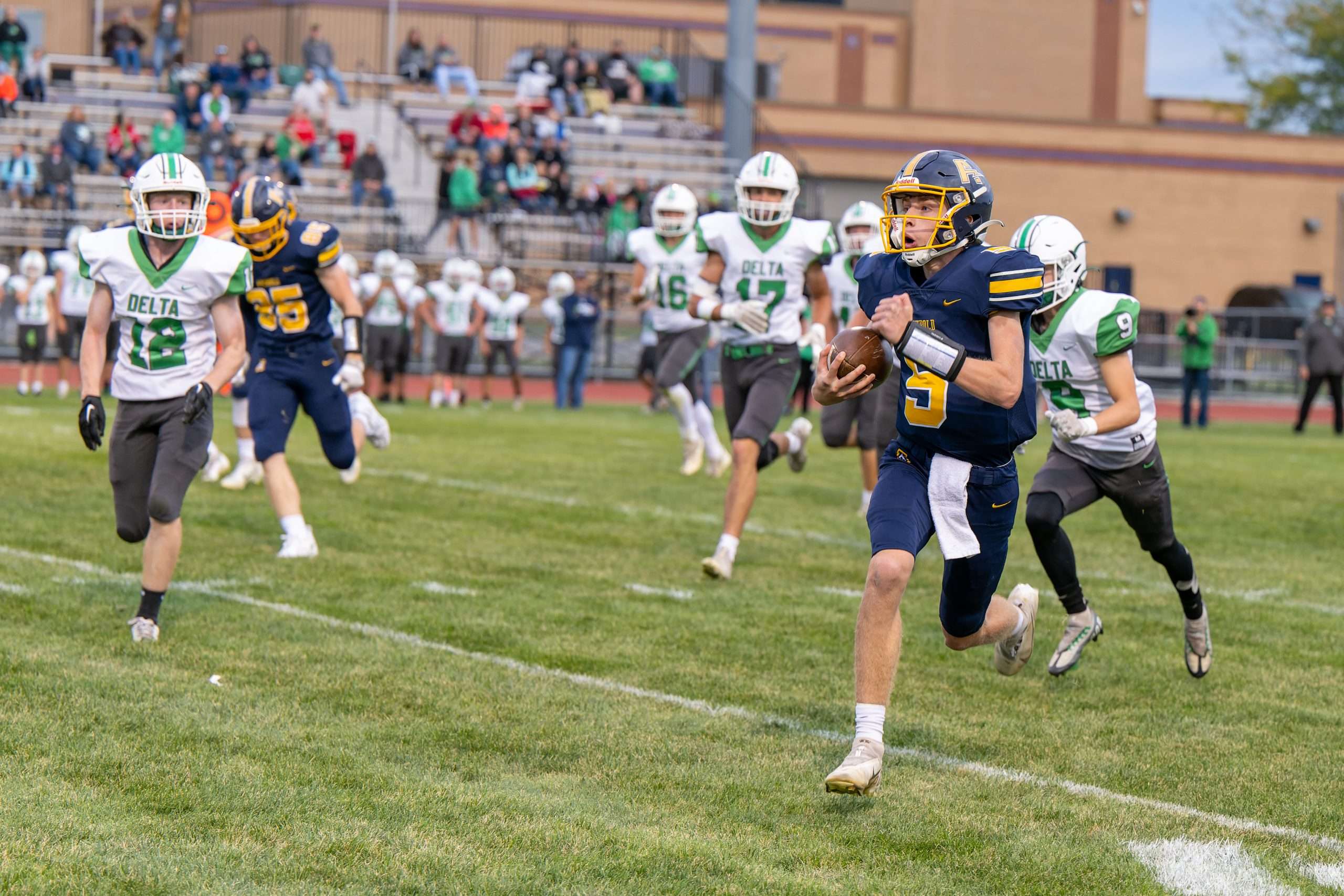 ARCHBOLD – The big question entering Friday night’s tilt between Delta and Archbold was how the Bluestreaks would respond after suffering their first league loss since 2019.

The question was quickly answered after they forced a three and out by Delta on the game’s first possession.

Just two plays later following a 37-yard punt return by Chase Miller, Carson Dominique was in the end zone from three yards out for a 6-0.

Dominique would score four more times on the night to lead Archbold to a convincing 43-0 win on Homecoming Night.

With the lead at 9-0 early in the second quarter, the Archbold special teams made another big play by blocking a Panther punt giving the Streaks the ball at the Delta 42-yard line.

Archbold needed just four plays to put more points on the board as Dominque took it in on first-and-goal at the Delta seven-yard line to make it 16-0.

Delta’s next possession ended with more special teams’ problems as a bad snap on a punt gave Archbold the ball at the Delta 10.

Once again it was Dominique finding pay dirt, this time from four yards out, to increase the lead to 23-0.

Following another Delta punt, the Panthers were able to force an Archbold turnover as the Bluestreaks were threatening again as Bryar Knapp would intercept Archbold signal caller Cade Brenner.

However, a nice return by Knapp was negated by a block in the back penalty against the Panthers, forcing Delta to start the drive at their own ten-yard line.

The Archbold defense once again stymied the Panthers running game forcing a Delta punt from inside their own five.

Starting at the Delta 47, Archbold would go to the hurry up offense with 2:16 left in the half and after an 11-yard run by Dominique and a 12-yard pass from Brenner to Brodie Bailey, the Streaks were at the 24.

From there, Dominique would tote the ball four straight times, the last one giving him his fourth score of the half to push the lead to 30-0 with :27 left in the half.

With the second half beginning with a running clock, Archbold took the opening possession of the half and went 60 yards in five plays resulting in Dominique scoring his fifth touchdown of the game to make it 37-0.

Archbold ended the scoring for the night on a two-yard touchdown run by Josiah Gomez about halfway through the fourth quarter.

“I feel like our guys did a great job of responding after a tough loss to LC”, said Archbold head coach David Dominique.

“I really thought we were able to control the line of scrimmage on both sides of the ball and this is a direct reflection of why we succeeded.”

“Our guys played very good complimentary football and as a whole it was a good win against a good football team.”

The Streaks defense was in control throughout the game as they held Delta to just four first downs and 91 yards of total offense.

Dominique finished with 17 carries for 127 yards and was Archbold’s top receiver in yards with one catch covering 35 yards.

View 234 Photos Of This Event For Free

Nate may be reached at sports@thevillagereporter.com