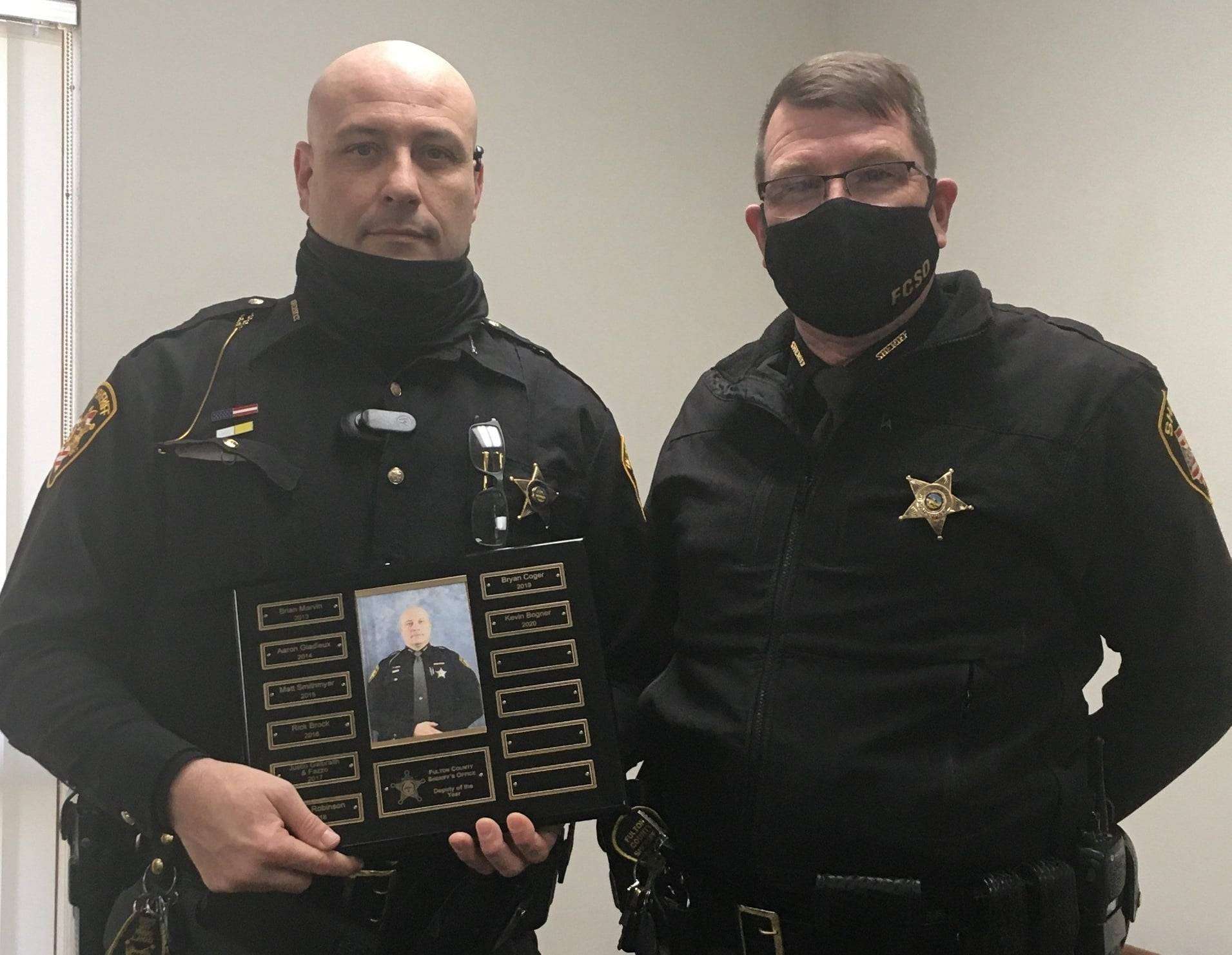 DEPUTY OF THE YEAR-Kevin Bogner

At an award ceremony held on February 26, 2021, the Fulton County Sheriff’s Office announced its Deputy of the Year Kevin Bogner and Dispatcher of the Year Bill Tompkins.

Sheriff Miller presented two Lifesaving Awards. The first was to Deputy Noah Eisel. Deputy Eisel responded to a call of an individual in cardiac arrest. He was in the vicinity and able to respond quickly and was the first person on the scene. He used his CPR skills and AED to help was able to save this person’s life.

The second went to Deputy Caleb Hensley for his lifesaving efforts in applying a tourniquet on an individual with a life-threatening self-inflicted arm injury. Deputy Hensley was able to slow the loss of blood until the individual was air lifted to the hospital.

Due to COVID, the awards banquet was canceled so the awards were presented in the office. Social distancing and mask wearing were utilized. (INFORMATION & PHOTOS CORTESY OF FULTON COUNTY SHERIFF’S OFFICE) 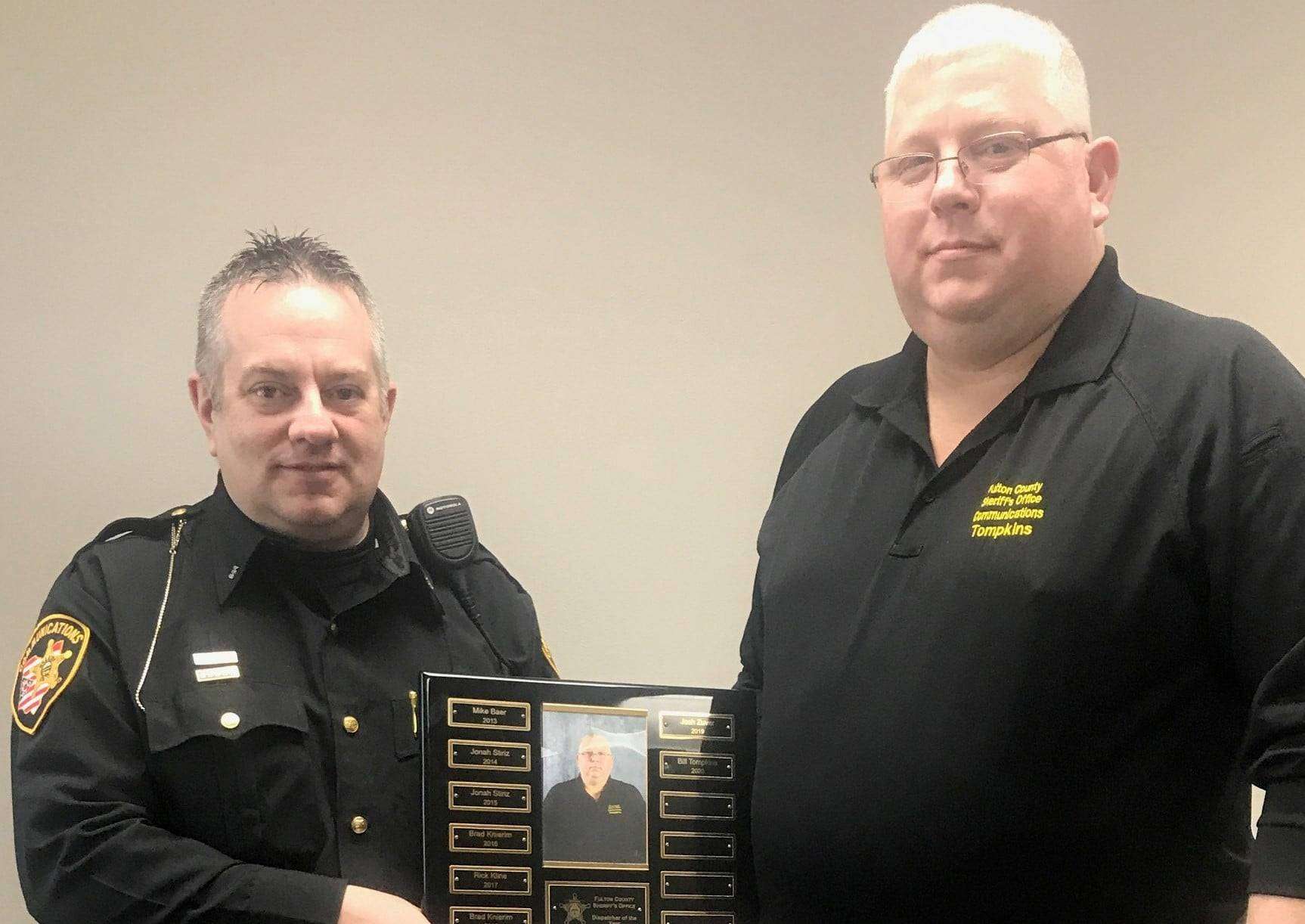 DISPATCHER OF THE YEAR-Bill Tompkins