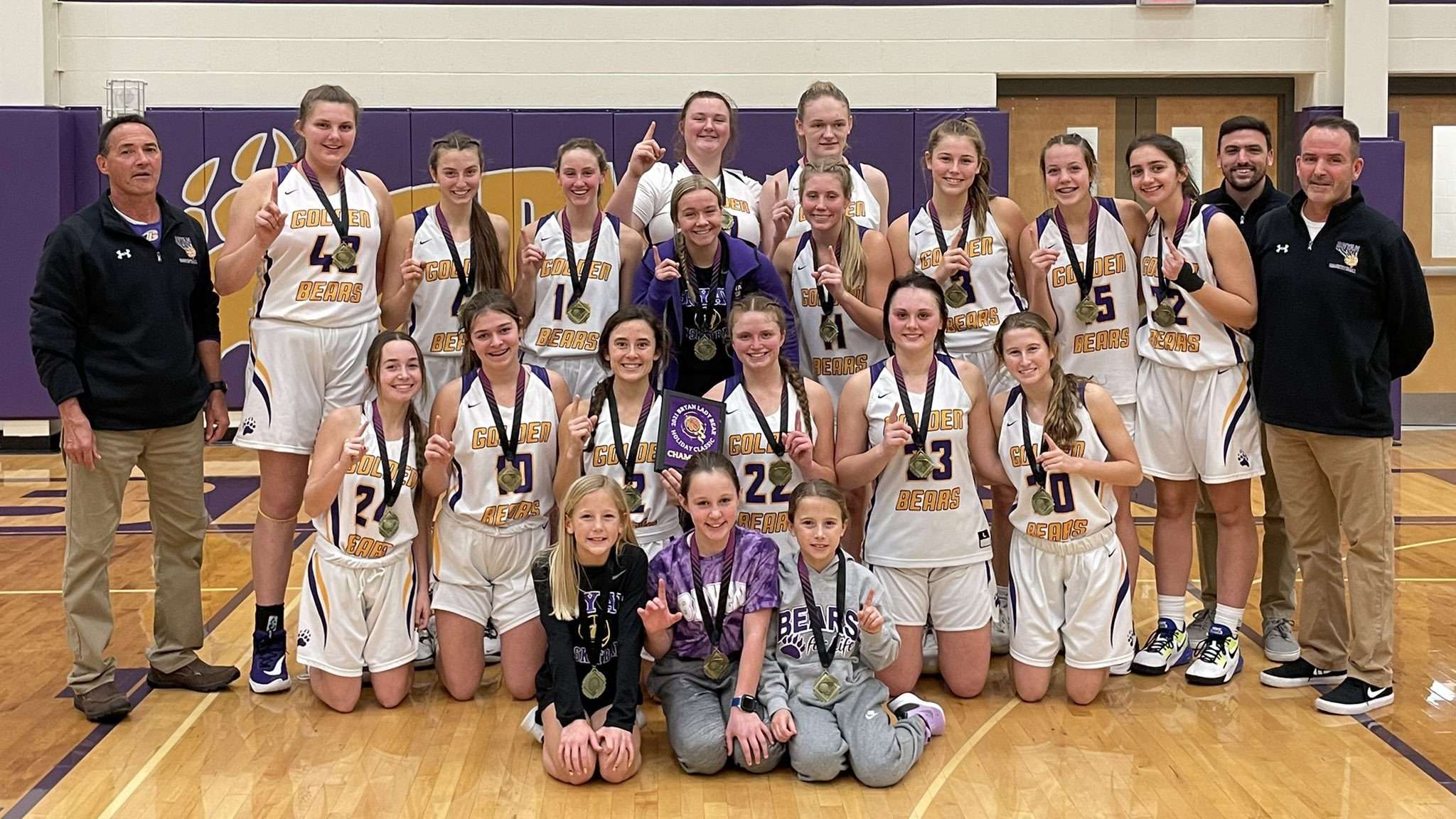 HOLIDAY TOURNAMENT CHAMPS … The Bryan Lady Golden Bears won their third straight Image Pro Holiday Classic with wins over Montpelier in the semifinals and then Fairview in the championship game. (PHOTO PROVIDED)

BRYAN – The Lady Bears shot 15/26 from the floor with seven triples in the second and third quarters combined on their way to a 59-48 win and their third straight Image Pro Holiday Classic title.

After Fairview took a 7-3 lead to start the game, Bryan put together a 9-2 run ending with a conventional three-point play from Addie Arnold off a steal to give Bryan their first lead at 12-9.

The Golden Bears scoring run continued in the second quarter as Reese Grothaus hit a trey, Ella Voight had a bucket before another field goal from Grothaus pushed the lead to 19-11.

A basket down low by Allison Rhodes helped Fairview trim the Bryan lead to 22-16, but back-to-back scores from Blayze Langenderfer started a 7-0 spurt by Bryan to increase their lead to 29-16.

Carrie Zeedyk was able to stop the run for the Apaches with a three ball as Bryan eventually grabbed a 33-24 lead at halftime after outscoring Fairview 21-13 in the second quarter.

The Bryan offense continued to click to start the second half with triples by Grothaus and Delilah Taylor during an 8-1 run as the lead ballooned to 41-25.

Fairview responded though with Kaitlyn Zeedyk and Bethany Singer hitting consecutive three-pointers to close the deficit to ten at 41-31.

The teams would trade baskets, but Grothaus ended the quarter with a step back triple at the buzzer to give the Golden Bears a 52-38 advantage.

Fairview would make one last surge to open the final quarter as Carrie Zeedyk scored followed by a three-pointer from Kaitlyn Zeedyk to draw within 52-43.

Bryan quickly answered with six straight points aided by two free throws from Arnold, a foul shot by Taylor, and a triple in between by Grothaus to make it 58-43.