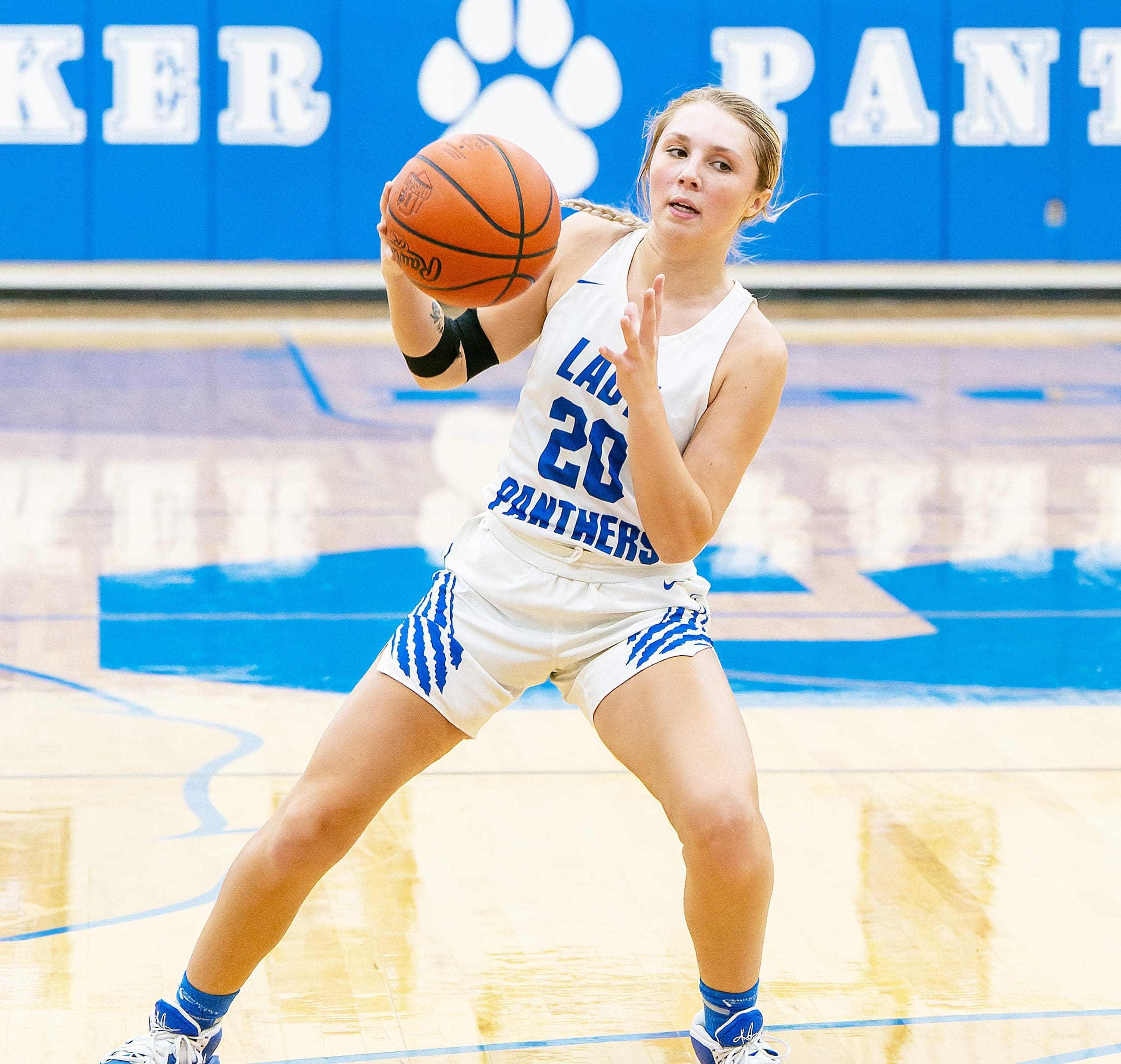 SCORING DUO … Stryker’s Lexi Wickerham handles the ball near the foul line. Wickerham and Sage Woolace combined for 39 of the 45 Panther points in the win. (PHOTO BY JACOB KESSLER, STAFF)

STRYKER – When the basketball season enters the months of January and February, teams look to their seniors to make plays.

That was the case last night in Stryker as Panther seniors Sage Woolace and Lexi Wickerham combined to score 39 of Stryker 45 points in a non-conference win over Archbold.

Stryker put together a 7-0 run in the opening quarter after Archbold scored the game’s opening bucket to take a 7-2 lead.

Leah McQuade ended the low scoring quarter with back-to-back layups to trim the Stryker lead to 7-6 after one.

Woolace started the second with two of her 14 first half points with a layup before Alanna Pedraza would go 2/2 at the free throw line later to tie the score at 12-12.

Two free throws by Wickerham began an 8-0 spurt by Stryker as Woolace would then hit a jumper, score on an offensive rebound, and then get a breakaway layup off a Bluestreak turnover to push the lead to 20-12.

Archbold would keep it close at the charity stripe with Alayna Perez hitting four straight from the line as the Panthers led 23-16 at halftime.

Stryker went 6/11 from the floor in the second quarter compared to just 1/5 by the Bluestreaks, but Archbold was 8/13 at the foul line.

The third quarter saw Wickerham carry the offensive load by scoring six of the Panthers’ ten points in the frame to help Stryker maintain a seven-point lead going to the fourth.

A Woolace bucket and two free throws by Wickerham gave Stryker (11-2) their largest lead of the night at 37-26 in the early moments of the final frame.

Stryker was able to maintain the lead as Woolace tallied eight points in quarter to finish with 25 points on the night and the Panthers were 4/4 from the field and 4/4 at the foul line.

“Turnovers and lack of rebounding were the two things that hurt us the most tonight”, said Archbold head coach Brian Zeigler.

“We need the girls to step up their play on both ends of the floor.”

McQuade paced Archbold (7-6) with 10 points and Wickerham ended with 14 for Stryker.