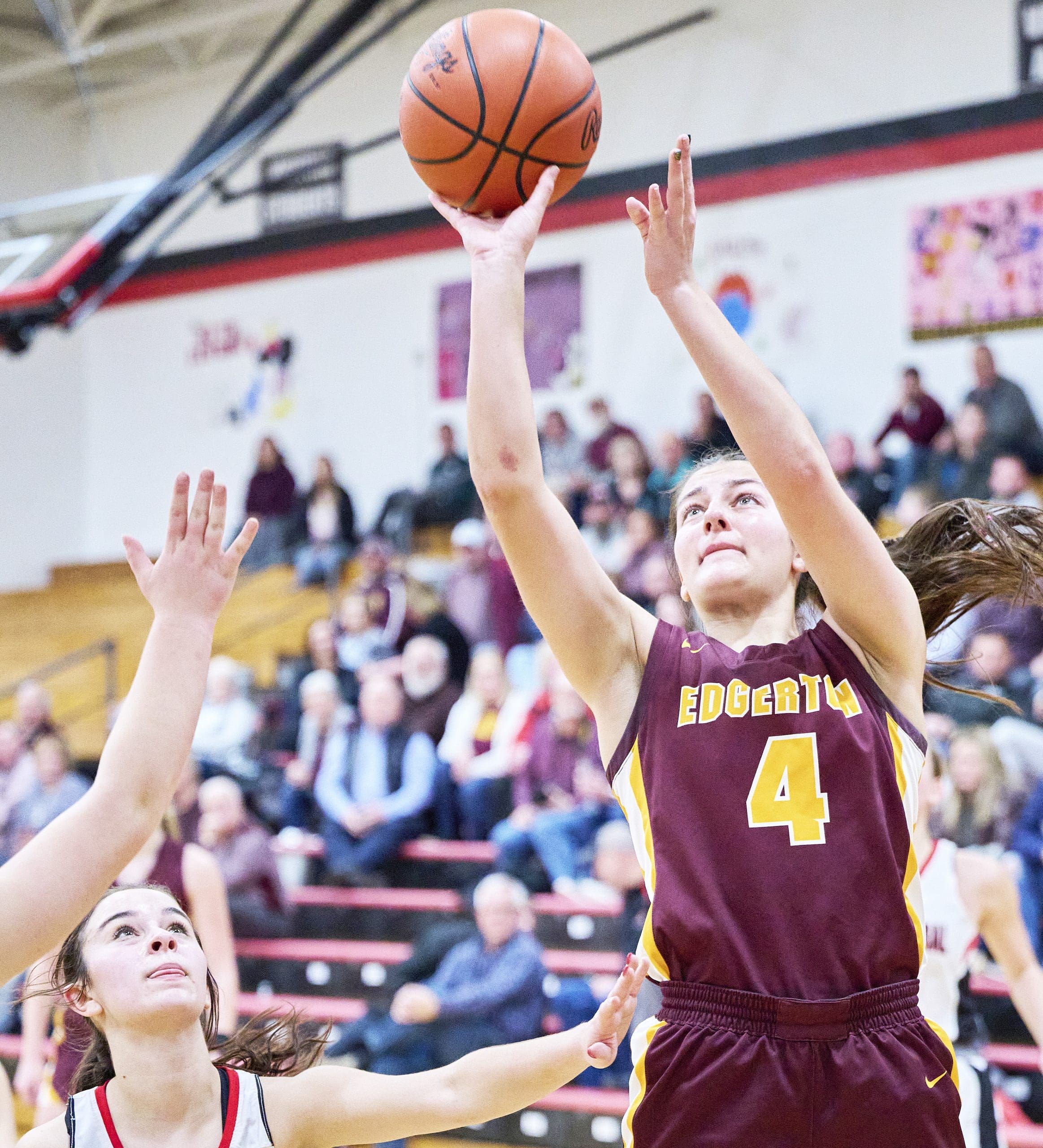 PIONEER –The Edgerton girls basketball team picked up its second win of the season in impressive fashion, with a 58-25 win over North Central.

The Lady Bulldogs pulled away by forcing 31 North Central turnovers, which led to a plethora of layups.

Edgerton used that pressure to outscore the Lady Eagles 32-9 in the second and third quarters combined, to take a commanding 43-16 lead after three quarters.

“(Full court pressure defense) was the game plan going in and this was a great win for us,” said Edgerton coach Marchetta Caryer.

“We needed a win, and we came into tonight’s game with a lot of intensity. And finally, we made a lot of layups tonight that we have been missing (throughout the season).”

Edgerton led by just 11-7 after one quarter, but outscored North Central 19-6 in the second quarter. That gave the Lady Bulldogs a commanding 30-13 halftime lead.

Alivia Farnham and Ava Swank each scored four points during the run. Edgerton finished the game by outscoring North Central in the final stanza, 15-9.

Farnham finished with a double-double with 16 points, including two three-pointers and 10 rebounds.

“This was a good all-around game for me tonight and I thought it was a great team effort,” Farnham said.

“We knew coming in that North Central struggled against the press, so we used that a lot tonight.”

“We’ve had some success against other teams with our pressure, so I think we’ll continue to do that.”