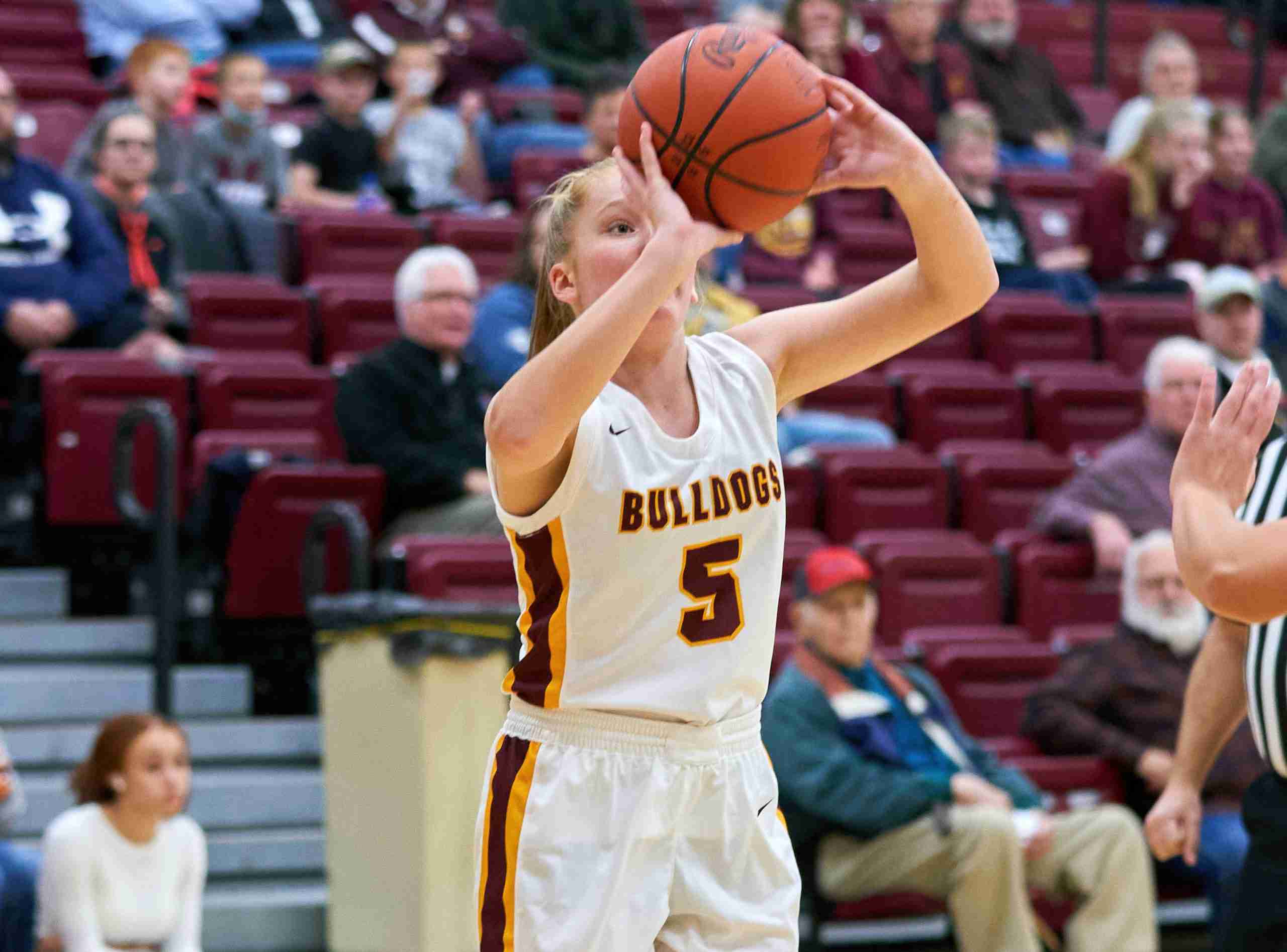 GETTING IN THE WIN COLUMN … Clara Gerschutz puts up a jumper in the first half of their win over Archbold. (PHOTO BY RICH HARDING, STAFF)

PETTISVILLE – Madison Brown drained four triples on her way to a game-high 24 points to lead North Central (2-3) past Pettisville 40-25. Pettisville (2-3), who was 7/34 shooting from the floor, were topped in scoring by Ellie Grieser with 11.

STRYKER – In a back-and-forth battle, Alexia Wickerham provided the game winner as she hit a layup with 4.2 seconds remaining to lift Stryker past Hilltop 39-37. Sage Woolace added 11 points for the Lady Panthers, who are now 4-0 on the season. Leanna Baker had three buckets and two free throws for eight points to lead the Hilltop scoring.

EDGERTON – Archbold struggled shooting the ball and Edgerton (1-4) used a 15-8 fourth quarter to snap a 24-game losing streak with the 30-25 win. Edgerton’s Dominique Fort led all scorers with nine points and Archbold (2-3) was fronted by eight points from Addi Zeigler.

SWANTON – Swanton moved to 2-0 as they defeated Evergreen 41-28 in the non-league meeting between the schools. No stats were reported.

DELTA – The Rams defense shutdown Delta in the second half to erase an 18-14 halftime deficit and grab a 33-26 road win. No stats were reported.

HAVILAND – Wayne Trace held Bryan to single digit scoring in each quarter as they cruised to a 64-29 win. Craig Jackson paced Bryan (0-2) with 10 points and Evan Cox had six.