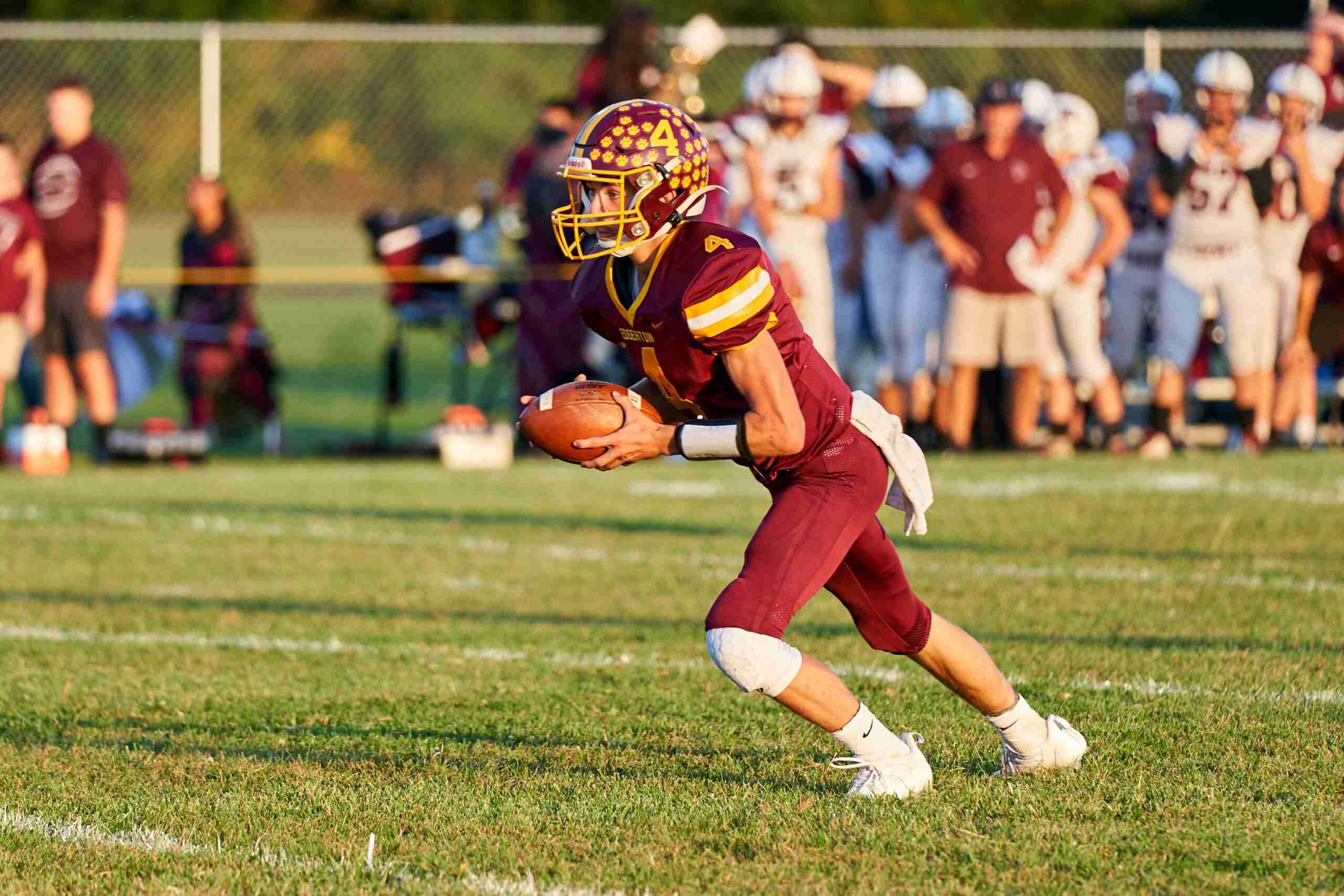 GUIDING THE EDGERTON OFFENSE … Edgerton quarterback Corey Everetts takes off on a run in a game against Paulding earlier this season. Everetts figures to get plenty of attention from the Tinora defense after he accounted for seven touchdowns in a win over Hicksville last week. (PHOTO BY RICH HARDING, STAFF)

Liberty Center and Patrick Henry hookup this Friday in what figures to be an elimination game as far as the NWOAL with both teams having a league loss.

Wauseon travels to Delta in a game loaded with computer points and a win by Wauseon will setup a showdown with Archbold at Harmon Field on October 15th.

The Tinora Rams, undefeated in the GMC at 4-0, face one of their last tests in pursuit of a league title when they travel to Edgerton.

Edgerton got a big win last week over Hicksville (52-30) after falling to Fairview (2-5 the previous week.

The Bulldogs are currently outside of the top 16 in Division VII Region 26 as they sit 19th entering the week.

Edon and Stritch enter Saturday night’s game both at 1-0 in the TAAC as the Bombers have just one league game remaining at Stritch.

Edon has had league games against Northwood and Montpelier cancelled due to COVID issues at those schools.

The Bombers are second in computer points in Division II Region 26 as they figure to host a first round game if they win it out and even with a loss it would still be a possibility.