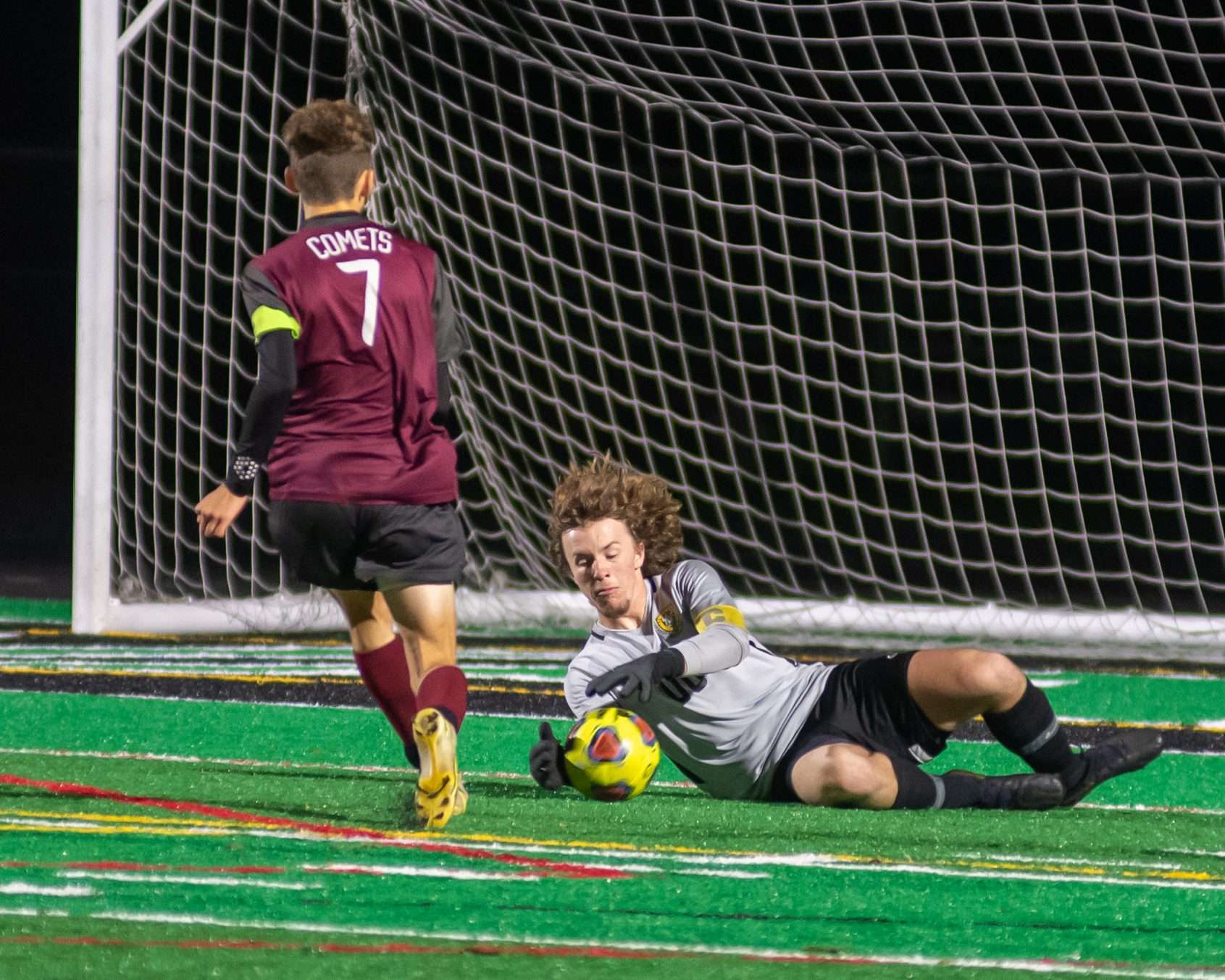 SENIOR BETWEEN THE PIPES … Evergreen goalkeeper Jon Burnup covers up a free ball in the Viking’s district semifinal match versus Genoa. (PHOTO BY JACOB KESSLER, STAFF)

Genoa tallied two goals in the first half and the defense kept the Vikings off the board in a Division III district semifinal at Ottawa Hills High School. Evergreen ends the season with a record of 14-4.

The Green Bears raced to a 4-0 lead at halftime as they cruised to an 8-0 win in the district semifinals. Delta’s historic season comes to an end with a record of 15-2-2, along with the school’s first ever NWOAL and sectional championships.

Maumee made things interesting by scoring with 11:29 to go in the match but the Lady Indians were able to hold on for the 2-1 win to advance to the district finals.

Aariyah Hallet put the Indians on the board first with an assist from Rylee Vasvery at the 23:21 mark of the first half to make it 1-0. Abby Smith later added a penalty kick with 5:51 left in the half which turned out to be the difference in the match.

The top seeded Indians (14-2-2) will take on No. 2 seeded Oak Harbor in the district finals on Saturday afternoon at 2pm back at Lake High School.