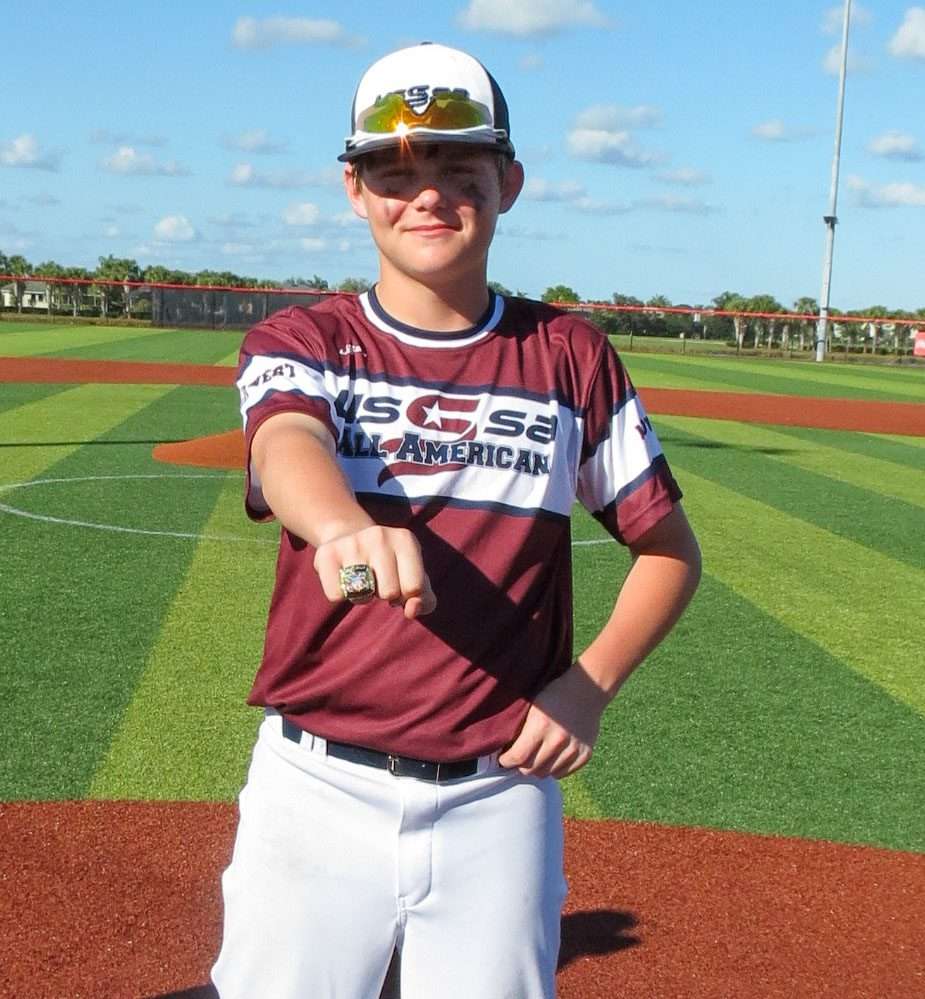 CHAMPIONSHIP … Terry Lee stands on the field wearing his new Championship Gold Ring. The ring was won for playing in the USSSA All-Star’s Winter games.

Terry Lee from the Hilltop area traveled down to Florida at the end of December to participate in the USSSA’s Winter Baseball All American Games. Terry competed from December 27th to the 31st and was evaluated in areas such as hitting, throwing, fielding, pitching, and catching.

Over 500 kids from across the United States were brought down to compete and play baseball. Everyone met and played at the USSSA Space Coast Stadium and Complex in Viera, Florida.

Each player was evaluated in the areas as mentioned above, with selections then taking place for some to compete on the All-Star teams.

Terry was chosen to compete on the 13U team which is comprised of 13 and 14-year-olds. The fields that the teams played on were much larger than what they are used to.

In comparison, they were around the size of a high school and MLB ball field with 90-foot baselines and a 60”6’ pitching mound distance.

The All-Star teams played 7 games with Terry’s team winning the Championship Gold Ring on Friday. In addition to winning the gold ring, Terry was able to hit an inside the park home run, which made for an even more amazing week considering the size of the field.

Positions were switched up during the games with Terry being selected to play as a pitcher, first baseman, and an outfielder.

Both Terry and his family are very grateful for the opportunity they were given. Terry has been playing baseball for some time and currently plays on a traveling team out of Wauseon called All In Aces that is coached by Dylan Leu.

Terry worked hard for the win and never gave up according to Alisha Rau. “I have never seen a kid play as hard as he did, and we are blessed to have had the opportunity to play with other kids and see the talent that is out there.”