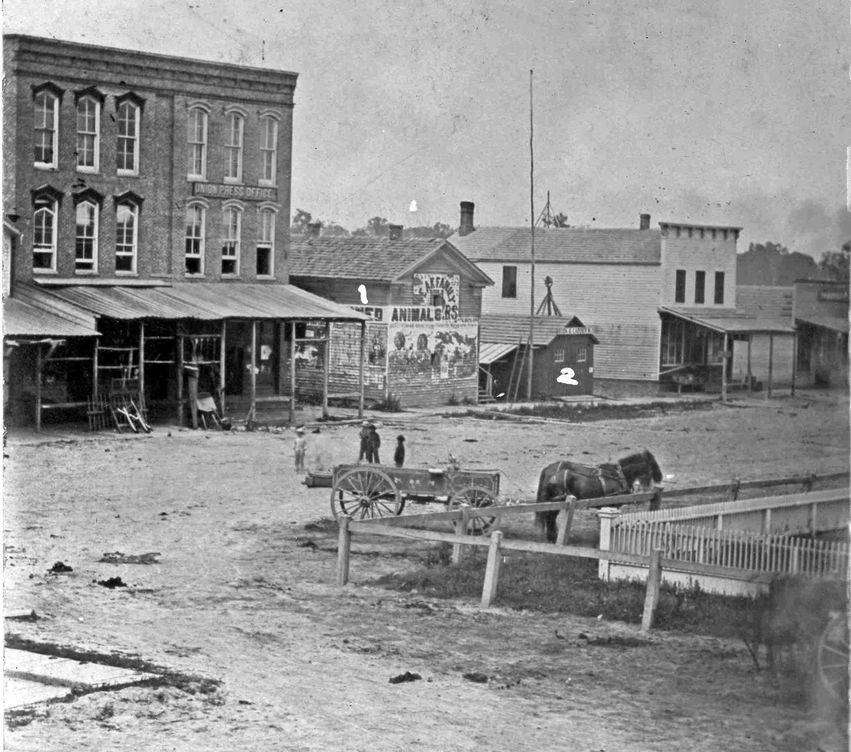 (January 26, 1849, 172 years ago): Andrew F. Tyler was hanged in Bryan. Tyler was a wandering fortune teller. In June 1847, he convinced Daniel Heckerthorn, a mentally challenged local teen, to kill David Schamp, the five-year-old son of Peter and Ann Elizabeth Schamp of Jefferson Township, and hide the child’s body. Tyler believed the distraught family would pay him handsomely to use his “clairvoyant powers” to lead them to David’s body. The plot was foiled when Heckerthorn confessed and implicated Tyler. The pair was tried in the fall of 1848, found guilty of murder, and sentenced to hang. On January 26, 1849, Tyler was publicly hanged east of the log Williams County jail on the north side of the courthouse square. Heckerthorn’s sentence was reduced to life in prison. The log jail is the building pasted with circus posters in the center of this circa 1865 photograph of the north side of the courthouse square. When Tyler was hanged east of the jail in 1849, there were no buildings between the jail and Main Street. This vintage image is from the Williams County Public Library Photographic Archives.

Be the first to comment on "Historic Reflection: 1849 -Wandering Fortune Teller Hung In Bryan"