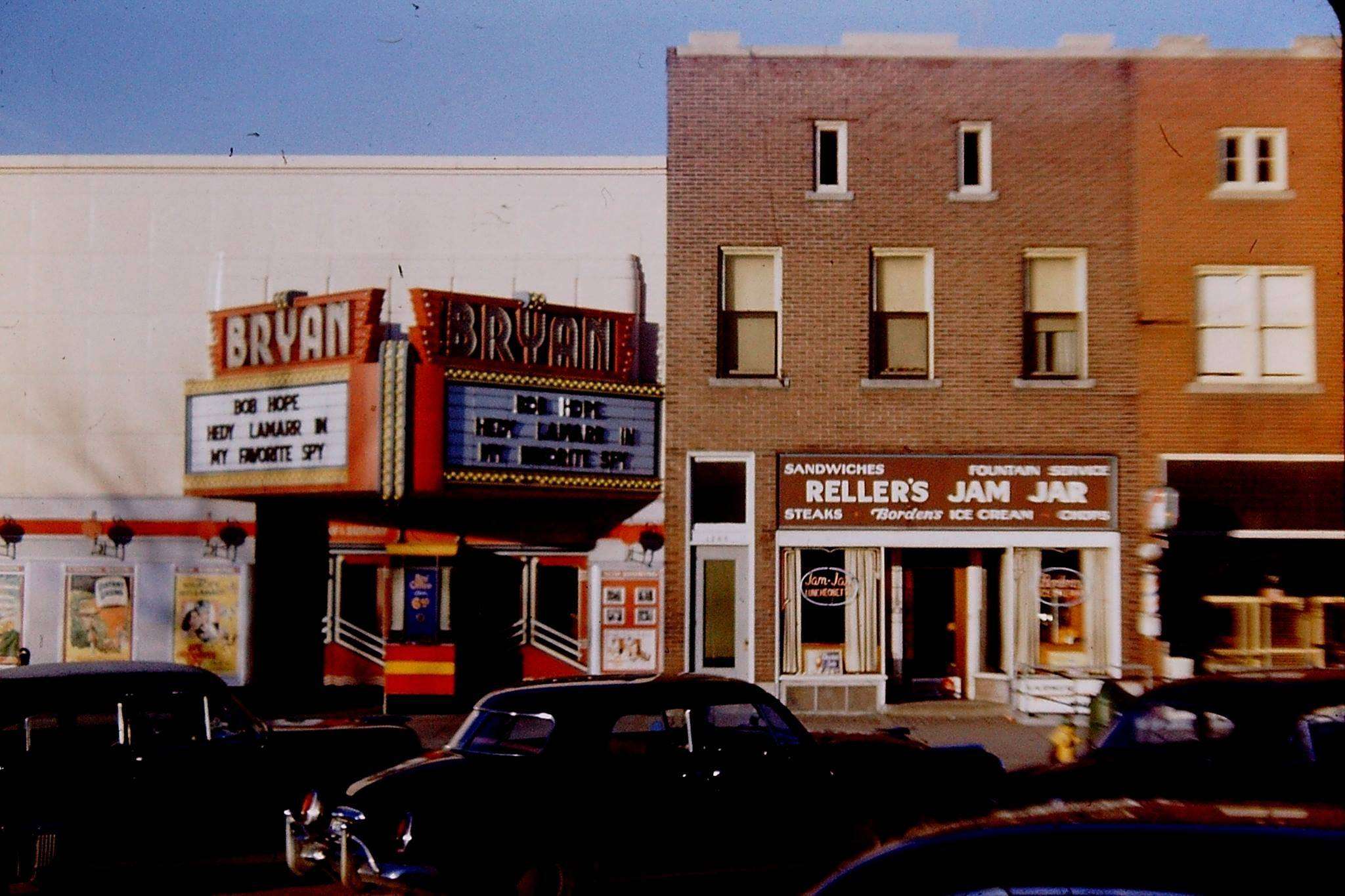 (January 31, 1940, 81 years ago): The Bryan Theatre opened on the west side of the square in Bryan. The Bryan Theatre was originally owned and operated by Ellaness Theatres, Inc., of Cleveland. Ellaness also operated the Temple Theatre in the structure that now houses My Furniture Place on West High Street. Construction of the Bryan Theatre began in August 1939. The theatre opened for business on January 31, 1940. The Bryan Democrat newspaper reported that the Bryan Theatre “seats 700 persons, and has the latest in sound equipment, the newest in heating, air conditioning and, in the summer, air cooling.” The opening night movie was “Raffles,” starring David Niven and Olivia de Havilland. Admission was 10 cents for children and 25 cents for adults. This circa 1950 vintage image is from a color slide taken by the late Eldon Smith of Bryan. Note the ticket booth between the two sets of double doors.

Be the first to comment on "Historic Reflection: 1940 Bryan Theatre Opens"