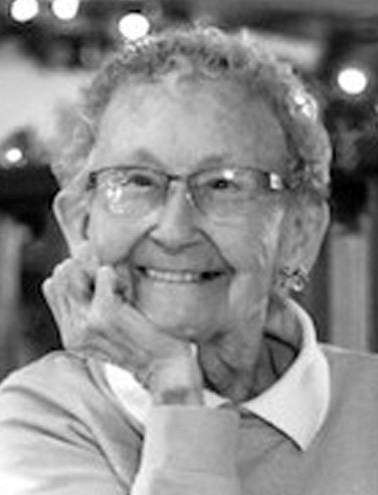 Ihla Rose worked as a clerk at the St. Mary’s Meat Locker and was a waitress at Harold’s Place. A devout Catholic, Ihla Rose was a member of Holy Trinity Catholic Church and its Rosary-Altar Society.

Ihla Rose remained very active, always working outside making her home look beautiful and cleaning the inside. She enjoyed crocheting and spending time with her family.

Besides her husband, Glen, Ihla Rose was preceded in death by her parents; grandson, Kelly Wittscheck, brothers, Albert and Maynard Gillen and sister, Irene Komon.

Visitation will be held Wednesday, April 28th from 10:00 a.m. to 12:00 p.m. at Holy Trinity Catholic Church in Assumption, where a Mass of Christian Burial will begin at 12:00 (Noon).  Father Michael Dandurand will preside. Interment will follow at St. Mary’s Cemetery.

In lieu of flowers, memorial contributions may be made to Hospice of Northwest Ohio.

Services entrusted to Weigel Funeral Home (419.644.3601). Online expressions of sympathy may be made at www.weigelfuneralhomes.com