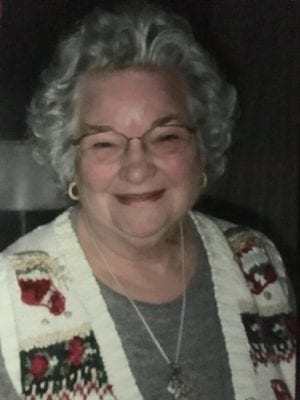 Joyce H. Markey, 85 years of Bryan, passed away Mother’s Day, Sunday, May 8, 2016, at Hillside Country Living where she had been a resident the past two weeks.  Joyce was born January 28, 1931 in Auburn, Indiana, the daughter of the late Ernest and Grace (Madden) Husselman.  She was a 1949 graduate of Auburn High School, Auburn, Indiana.  Joyce was a graduate of Stephens College in Columbia Missouri and Northwestern University in Evanston, Illinois.  Joyce married John R. “Bob” Markey on October 12, 1957 in Auburn, Indiana, and he preceded her in death on January 7, 1998.

Joyce began her teaching career in Monroe, Michigan, teaching music.  In 1954, she moved to Bryan where she taught music in the elementary school, prior to her marriage to Bob.   Joyce was a member of Wesley United Methodist Church, Bryan, the Claire Newcomer Club, Tri Kappa Sorority of Indiana, Alpha Chi Omega Sorority, Historical Society of Williams County, Orchard Hills Country Club, Bryan, Crystal Downs Country Club in Frankfort, Michigan, Ohio Reading Program, Girl Scout Leader, Choir Director Mother’s Club, and a past president of the Bryan Civic League.  Joyce and Bob had a love for traveling, and mentioned that Hong Kong was their favorite spot to travel.  They also enjoyed Australia.

Memorial services for Joyce H. Markey will be held at 11:00 a.m. Saturday, May 14, 2016 in the Wesley United Methodist Church, 903 Center Street, Bryan with Rev. Jeffery Motter and Rev. Becky Schofield Motter, officiating.  Visitation for Joyce H. Markey will be held Friday, May 13, 2016 from 4:00 – 7:00 p.m. in the Oberlin-Turnbull Funeral Home, 206 North Lynn Street, Bryan.  Private graveside services will be held in Fountain Grove Cemetery, Bryan, Ohio where she will be laid to rest beside her beloved husband.

In lieu of flowers, the family has requested that memorial contributions be directed to the Bryan Area Foundation. Condolences may be sent to the family or the online guest book may be signed at www.oberlinturnbull.com