Montpelier Churches Join Together On A Local Mission 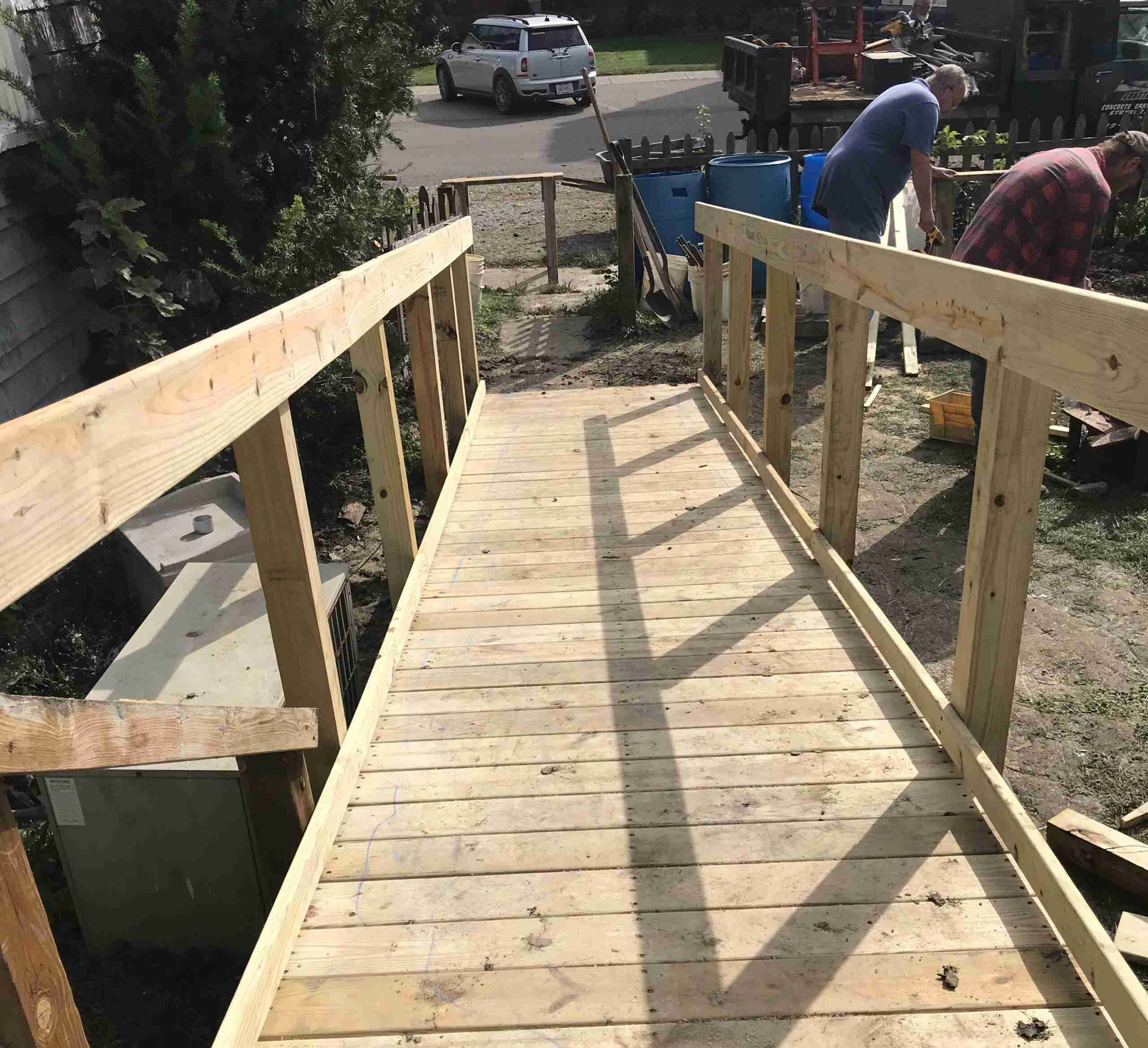 RAMPED UP MISSIONS … A local mission opportunity was grabbed onto by three local churches and in just one day a family in need of a ramp was blessed with a brand new way to get about their lives. (PHOTO PROVIDED)

There are times in our lives when we just can’t accomplish something for ourselves that really needs to be done. That is when it is wonderful to be part of a community that helps!

Recently, Patty Miller, the pastor’s wife at River of Life which is just east of Montpelier, was having a chat with a member who is having trouble getting around now, especially out of the house.

This person was not complaining, just sharing what they are experiencing, and Patty said she got to thinking about it later. “I felt like we needed to figure out how to build a ramp for them,” she shared in an interview.

She mentioned the need and her thoughts to her husband, Pastor Homer Miller, and he encouraged her to “Go for it!” They agreed to get the community involved for all aspects of the project – funding, supplying lumber, the labor, and everything, so Patty contacted the Ministerial Association.

She was directed to call their president, Paul Gruder who is pastor of St. John’s Lutheran Church and Pastor Gruder said that she had called at the perfect time!

The man who heads up the missions committee of St. John’s had just informed him that they had too much money in their missions fund and were “looking for a missions project close to home.” The timing and the need were perfectly matched.

By then, Pastor Homer had laid out the project, figuring what would be needed and the estimated cost, so they shared the estimate with the Missions Director.

Patty shared how happy she was when they told her that not only did they want to pay for the whole project, but they had people in their church who wanted to be laborers in the building of the ramp, as well. The home is relatively close to St. Paul’s United Methodist Church.

As Patty did not want to “bother the residents by people running in and out to use their restroom or if it happened to be rainy, possibly dirtying up their house,” she had spoken with a member of St. Paul’s about what they were doing.

St. Paul’s United Methodist then offered to be the base for the project, a place where supplies could be unloaded, restrooms could be used and lunch could be eaten together.

“It was perfect!” Patty said. “To have three area churches all working together to meet the need of a local family could not have been any sweeter. The day was a huge success. We started at 8 a.m. and ended at 4 p.m. with a completed ramp.”

She went on to say that lots of people from all three churches showed up to help. “We purposely didn’t alert any other churches, even though it was a community event,” she said, “or we would have had too many people,” which is a great problem to have.

They dug the post holes, cut all the lumber and built the ramp all in one day with Lutherans, Methodists and members of River of Life all working together in unity.

“That is the way that the Body of Christ should be functioning,” Mrs. Miller said, “and I felt like that unity resonated throughout the whole project. It was such a joy to see people come together from different churches, working together to make a difference…to be a blessing to someone.”

Before they had lunch that day, she shared with everyone how it “made her heart so happy. It is not about denominations. It is about being the hands and feet of the church and it took everybody to make it happen and it was such a joy.”