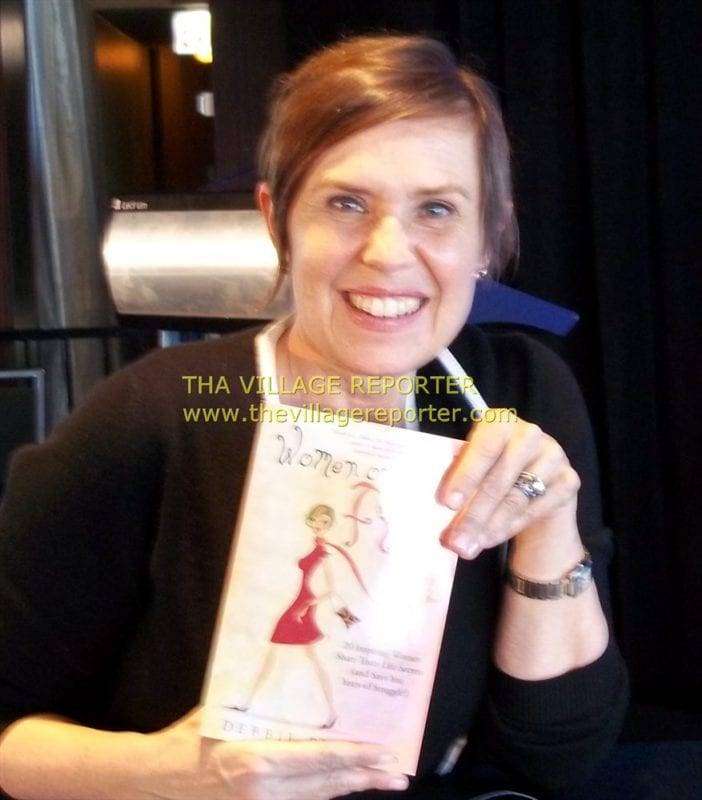 Many people who are raised in our county’s sleepy towns are satisfied to stay here and they create nice lives for themselves. There are others who were born to soar and make their mark on the world. Debbie Phillips was born to light a spark in others so that they can be on fire for their dreams.

Debbie, the daughter of Bryan natives Dick and Mary Lue Phillips, spent most of her childhood in Montpelier, Ohio. She was an excellent student who had a love of writing, and during her high school years wrote for the Bryan Times. She discovered a passion for politics as well while attending village council meetings as a reporter.

Debbie graduated from Montpelier High School in 1973 and enrolled in Ohio State University. She spent the next six years working and attending classes, graduating in 1979. Soon after graduation, she became a reporter for the Columbus Citizen-Journal. She was a gifted writer and her work with the newspaper led to her becoming an assistant press secretary for John Glenn during the time that he sought the Democratic nomination for president. Following that, she was the press secretary to then-Governor Richard Celeste. She remains close with some of his family members to this day.

During this time, she earned a master’s degree in public administration from Harvard University’s John F. Kennedy School of Government. She also served as a television executive for U.S. Health Productions Company. During these years, she made impressive connections with a number of well-noted persons.

Her heart’s desire was to work closely with people to help them reach their life goals, so she took courses to become a professional life and executive coach in 1995. Shortly after, she met her husband, Rob Berkley. Together they founded their coaching business, Group MV, LLC., coaching individuals and groups.

Debbie coached many women individually, but realized that she wanted to do more. She then “created Women on Fire (in 2003) as a way for fabulous women to meet other fabulous women for information, inspiration, strategy and support.”

She began to bring them together in small groups for tea parties. During the tea parties (not associated with the political movement), women talked about their dreams, built networks and friendships, and garnered support from other women. She expanded Women on Fire to include women’s retreats. Women of all ages, socioeconomic and educational levels came from all over the country and gathered together to support each other and help each other realize their dreams.

Members receive monthly packets in the mail that include coaching questions and interviews with women who are on fire about their careers and lives. Among those Debbie has interviewed include Joan Lunden, Barbara Sher of “Shark Tank,” Agapi Stassinopolis, and most recently, past Miss America, actress and singer Vanessa Williams.

Debbie also authored a book with 19 other women, who told their stories of struggle and triumph to inspire other women, titled “Women on Fire: 20 Inspiring Women Share Their Life Secrets (and Save You Years of Struggle!).” The book earned a spot on best-seller lists and an Indie Book Award.

Debbie held her most recent Women on Fire retreat in Chicago at the W Hotel Lakeshore at the top of the hotel on the 33rd floor. It featured a panoramic view of Lake Michigan and Navy Pier. This reporter was privileged to be a part of this special event. The women heard from speakers Lee Rhodes, Entrepreneur Magazine’s 2011 Entrepreneur of the Year and founder of Glassybaby, a hand-blown votive holder exquisitely crafted; dream analyst Nancy Neal; and Debi Lilly of A Perfect Event. Debi is best known for being the premier party planner of the Chicago area, and Oprah Winfrey’s personal party planner and shopper. Attendees broke into small groups to discuss what they were proud of, on fire about, and steps they planned to take to bring their goals to fruition. This was done in an atmosphere of caring and support. Debbie has an innate ability to bring women together to bond with and support each other.

Stylist Holly Getty shared the following, “(I’m) wrapped up in the love from the best WOF weekend. Debbie Phillips…no one on earth could create such a safe, loving place where everything happened. It was the best ever and I thank you from the bottom of my heart.” Attendee Roxanne Crocco wrote: “I was thinking that it’s hard to ‘come down’ from this weekend — then I realized that the whole point is to NOT ‘come down!’”

What has Women on Fire done for this reporter? I have made the decision to follow my dreams and have returned to college in my middle age years, and have realized my goal of one day being paid to write. Would I have done it without Women on Fire? Perhaps, but being a part of WOF and feeling the support of hundreds of other women has given me the encouragement and impetus to pursue my dreams.

Debbie presently makes her home with her husband Rob on Martha’s Vineyard. They also have a winter home in Naples, Florida. They are continuing their life and executive coaching business, but admit that Women on Fire now comprises 90 percent of their business. She has come a long way from the young lady who grew up in Montpelier, Ohio, a girl who had her feet on the ground and her vision toward the stars.

Be the first to comment on "Montpelier Grad Debbie Phillips is a Woman on Fire!"