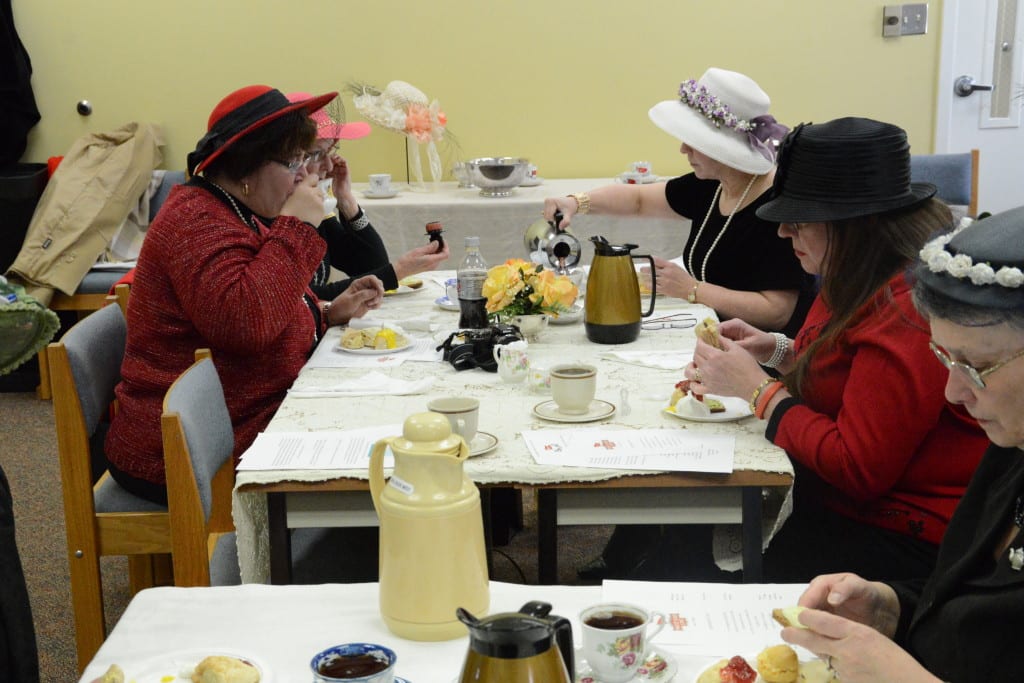 The event room of the Montpelier Public Library was packed with people in fancy dress and big hats as residents of the town dressed the part for a particularly themed tea time.

Put on by the Friends of the Montpelier Public Library, the third annual Tea Time event was set up to place attendees about the tragically legendary R.M.S. Titanic. Of course, this time voyage had a much kinder result, as guests nibbled on Cucumber Sandwiches, Chicken Salad Sandwiches, Fresh Baked Scones, Clotted Cream and Preserves, Lemon Curd, Tea Breads, Cookies, and Assorted Pastries to accompany their Assorted Teas.

This gathering was about more than just tea, however. Those in attendance were also treated to a history lesson. From hearing how the first tea drinkers were Chinese in origin, to being divided up into classes just as the passengers aboard the real Titanic were, history seemed to come alive in the library that day. Those who brought in their own tea cups were even allowed to share a story as to where they came from, or how they were acquired.

As part of the “class” exercise, First Class passengers were the first to get their food and drink. They were followed by the Second Class Passengers, and then by the Third Class Passengers. They weren’t too concerned with ignoring classes other than their own, however, as this was merely for fun, rather than a social experiment.

With everyone present getting into the spirit of the event, great fun was had by all.

Besides, it’s not every day one gets to go on a cruise.