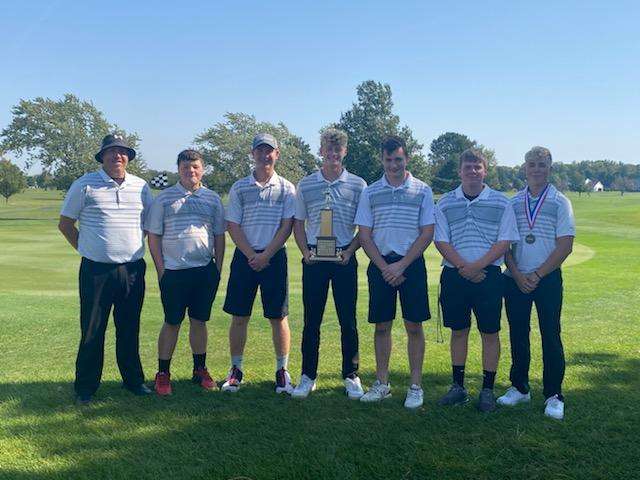 TOURNAMENT CHAMPIONS … North Central was led by BBC Golfer of the Year Zack Hayes with an 80 as the Eagles took first in the BBC league tournament at Ironwood GC in Wauseon. (PHOTO PROVIDED)

WAUSEON – Through the regular season, North Central and Montpelier established themselves as the teams to beat in the BBC. The Locos went 7-0 in dual matches while the Eagles were 6-1.

The BBC Tournament at Ironwood Golf Course in Wauseon was no different with North Central’s Zack Hayes earning medalist honors with an 80 as the Eagles placed first with a 358 and Montpelier was second with a 368.

The tournament finish along with the regular season standings left both teams at 13-1 meaning North Central and Montpelier share the BBC title for 2021.

Mason Sanford followed Hayes, who was also named BBC Golfer of the Year, for North Central with an 88, Colin Patten posted a 94, and Ben Petit shot a 97.

Aidan Higbie led the Locos to their runner-up finish with an 87, Jaxon Richmond added a 93 while Drake Sommer, Easten Richmond, and Trent Thorp each carded a 94.

Last year’s league champion Pettisville came home third with a 392 paced by an 88 from Sam Myers and Blayn Meck fired a 97.

Elijah Kuszmaul and Jamie Chester shot a 95 and 98 respectively to help Hilltop (406) finish fourth and Michael Donovan topped fifth-place Stryker (409) with a 97.

Fayette’s Owen Lemley placed second overall with an 85 as Fayette (427) was sixth and he also was second in the final Player of the Year standings, finishing just 1.5 points behind Hayes. 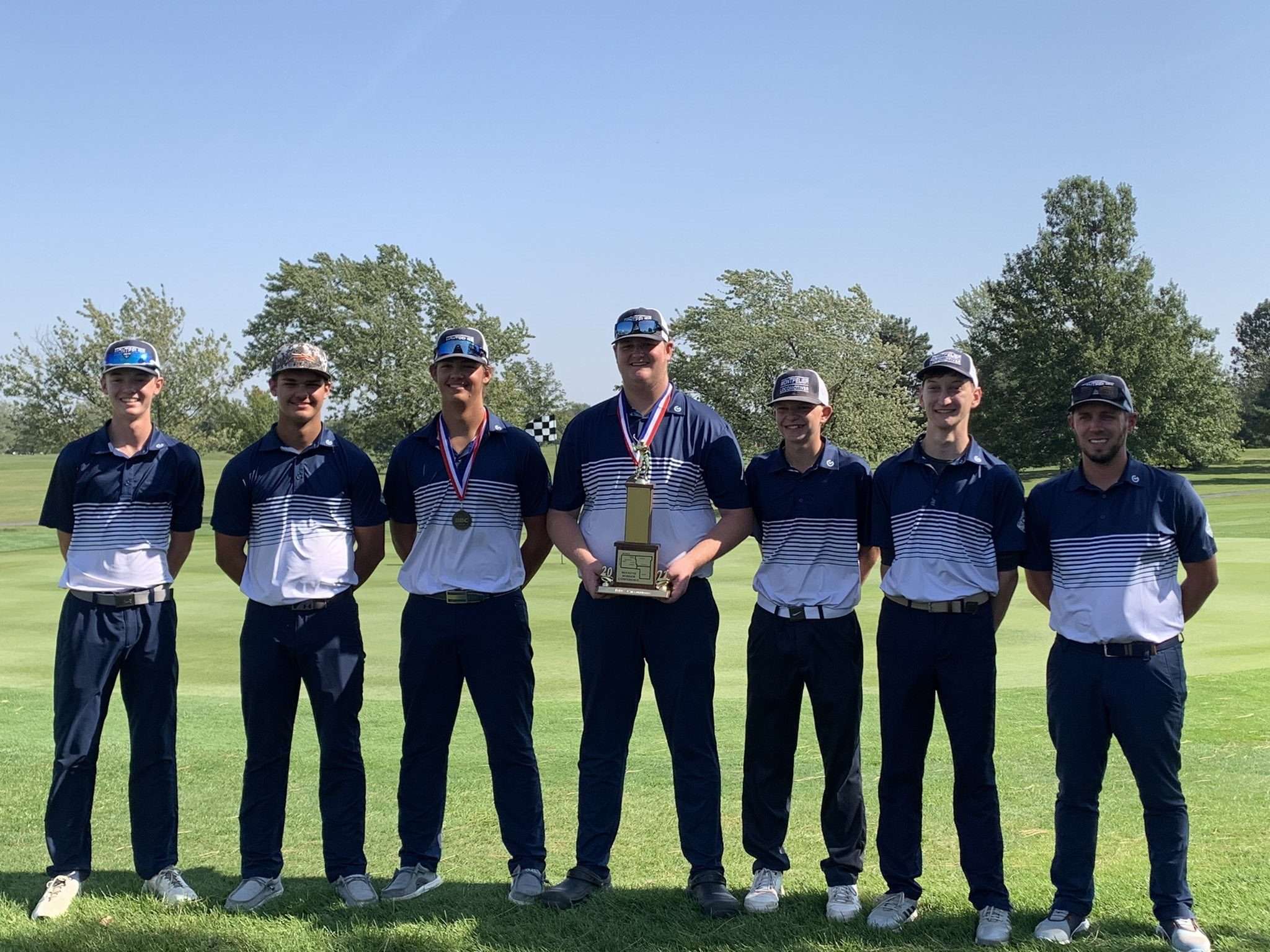