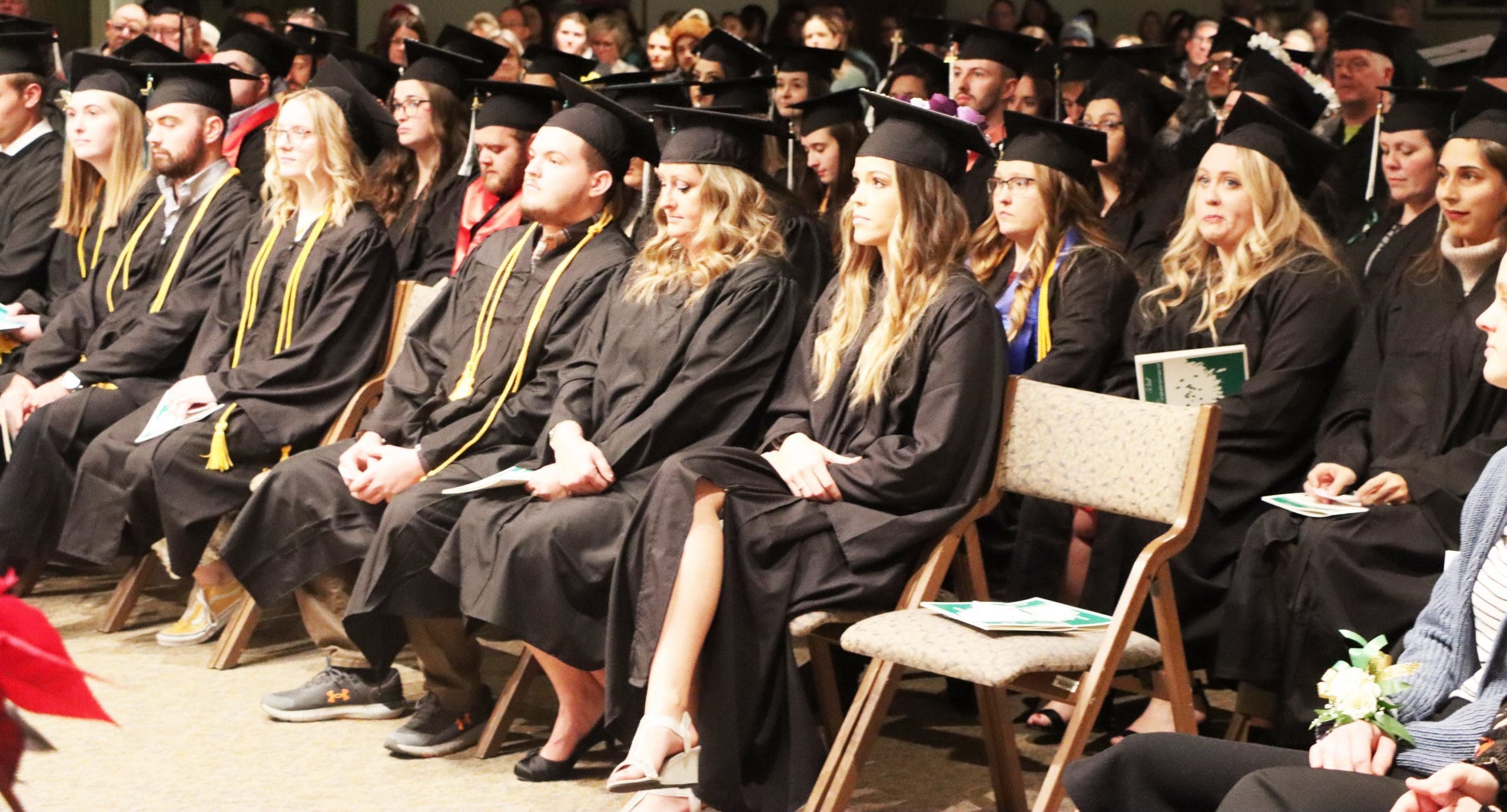 The ceremony recognized the awarding of 106 degrees and/or certificates to 103 students from the divisions of Arts & Sciences; Business & Public Services; Nursing and Allied Health; and Science, Technology, Engineering Technology & Math (STEM) and Industrial Technologies.

Snider noted that 83% of the graduating class lives in the College’s six-county service area (Defiance, Fulton, Henry, Paulding, Van Wert and Williams counties), the average age of the graduates is 27, and the grade point average of the class is 3.25.

The student speaker for this year’s commencement ceremony was Natalie Meyer of Hamler. Meyer began taking College Credit Plus classes at NSCC in 2019 while attending Patrick Henry High School.

“I can proudly say that I truly feel that I am set up for success because of NSCC. I loved to volunteer and help others before NSCC, now I am even more eager to serve my community.”

“Northwest State allowed me to not only continue the activities that I already do in the community but inspired and pushed me to want to do even more,” Meyer remarked.

The keynote speaker for this year’s commencement ceremony was Shirley Wagner, Licensed Funeral Director and Embalmer in the State of Ohio (and 2012 Northwest State alum).

In 2019, Wagner turned her attention to child advocacy, and she volunteers her time as a mentor and as a promoter of children’s issues, including speaking before the Ohio House of Representatives to encourage adoption and foster care reform.

“I never expected for my education to lead me to where I am today. I stand here before you as a living, breathing testimony of what you can do armed with a quality education received here combined with a resolution to succeed,” Wagner said in her address to the students.

The College also recognized one individual that was awarded Emeritus status, an honorary title awarded for distinguished service to the academic community.

The lone recipient was Pam Donaldson, who was awarded Emeritus Status posthumously.

Donaldson began teaching at NSCC in 1994, and was instrumental in building and providing professional guidelines for learners entering the Human Services program.

Donaldson also served as an instructor for Sociology, Cultural Diversity, and Abnormal Psychology.

In addition to her instructor role, she served as a leader in the State of Ohio’s curriculum and transfer initiatives, and served as faculty representative to the NSCC Education Association.