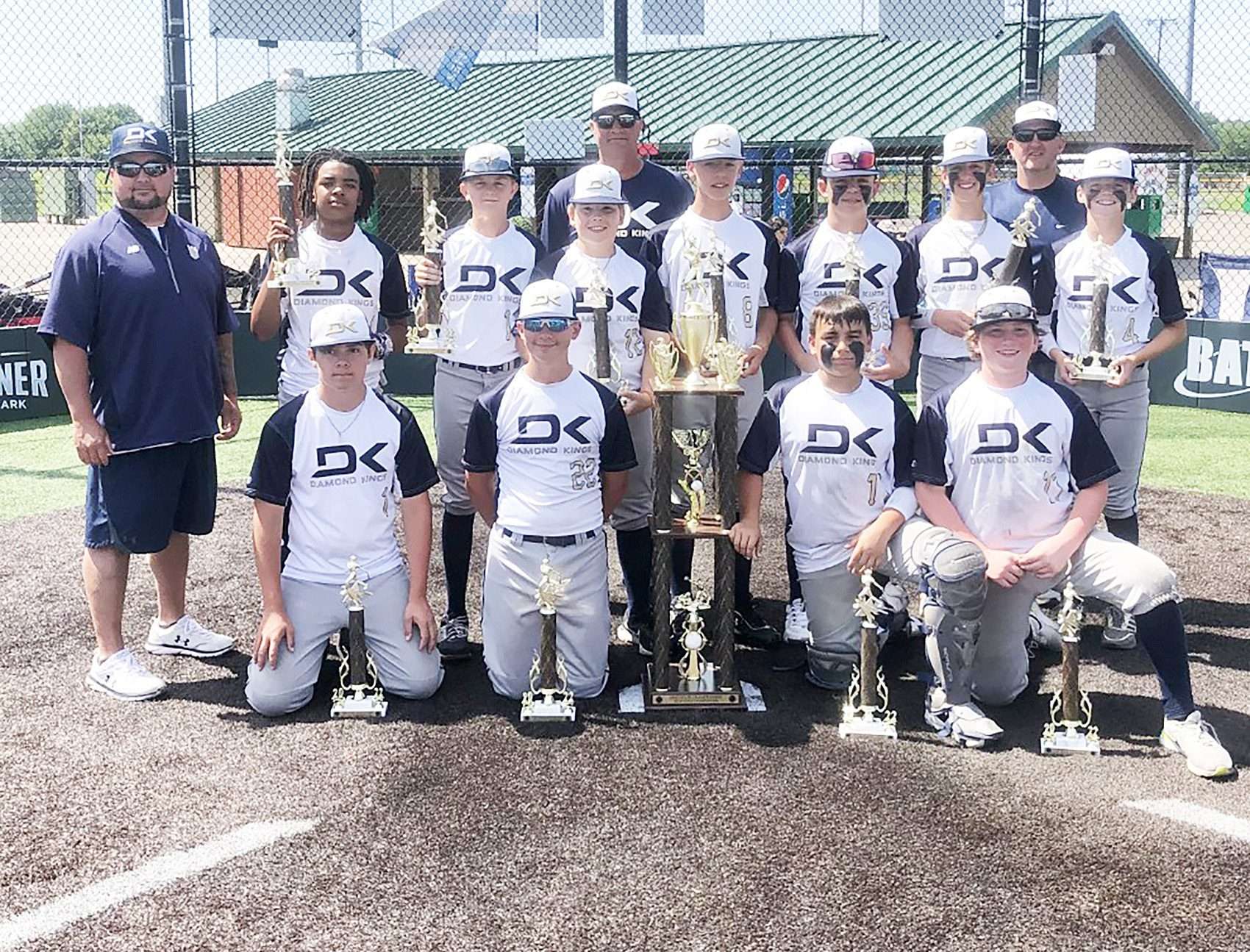 The Northwest Ohio Diamond Kings have been referred to as a real life “Sandlot”. For those who haven’t seen the movie, it centers around a group of neighborhood boys who gather daily to play baseball.

At one point in the movie, they challenge a local little league team who they defeat handily which is where the parallels between the Diamond Kings and the movie lie.

A couple of the players have been on the team since 9U and a majority of the team has been together for the last two years according to head coach Nate Smith, who completed his fourth season this summer.

The team is comprised mainly of players from the immediate area and routinely challenged teams from much larger populations on a regular basis.

Everything came together for the Diamond Kings at the 2022 Nations Five Tool 13U Ohio State Championships at Berliner Park in Columbus on June 16th-19th where they went 7-1 on the weekend to bring home the title.

“We had been a team this season that could get to the semifinals or finals of a tournament, but we couldn’t push through and get the win”, said Smith.

“We really pushed the message that we wanted to go down there and win, not just be content with getting to the semifinals or finals.” “I could tell after pool play we were really locked in as a team”, added Smith.

After going 2-1 in pool play, the Diamond Kings entered bracket play as the No. 9 seed and faced the Central Ohio Fire in round one.

Owen Lloyd, Kavin Paniagua, and Jaren Honsberger each were 2-3 at the dish with Paniagua also adding two RBIs in a 5-2 win.

Lloyd had a triple and three RBIs while Allan Burchfeld allowed just two hits and rung up eight strikeouts in four innings to carry them to the quarterfinals.

Up next for the Diamond Kings in the quarterfinals was the top seeded Hillard Colts.

After falling behind 1-0 early, the Diamond Kings scored twice in the fifth and added a run in the seventh for a 3-1 upset thus advancing them to the semifinals on Sunday.

Pitching again was pivotal in the win over Hilliard as Lloyd (6 innings, 5 hits, 1 run, 7 Ks) and Owen Ferrell (1 inning, 1 hit, 1 K) combined on the hill to quiet the Colts’ bats.

In the semifinals on Sunday versus the T3 Warhawks, the Diamond Kings again battled back from an early deficit to get an 8-5 win.

The Warhawks led 2-0 after two innings before the Diamond Kings score four times in the third and then added a run in each of the last four innings to secure the victory.

The Diamond Kings pounded out 11 hits in the game with Lloyd, Honsberger, and Malachi Smith each collecting two hits while Camden Bukowski, Ferrell, and Jackson Poynter each drove in two runs.

Premier Ohio was the opponent in the championship game and the Diamond Kings found themselves in a 3-0 hole after a half inning.

The Diamond Kings chipped away and eventually grabbed a 4-3 lead after three innings and then added three more in the sixth to pull away for the championship.

It was a balanced attack in the title game as nine different players had at least one hit and seven players tallied one RBI.

“This has been a really good team the last couple years and they have competed against some elite teams.” “It was nice to see them get rewarded and for it to all come together for us”, commented Smith.