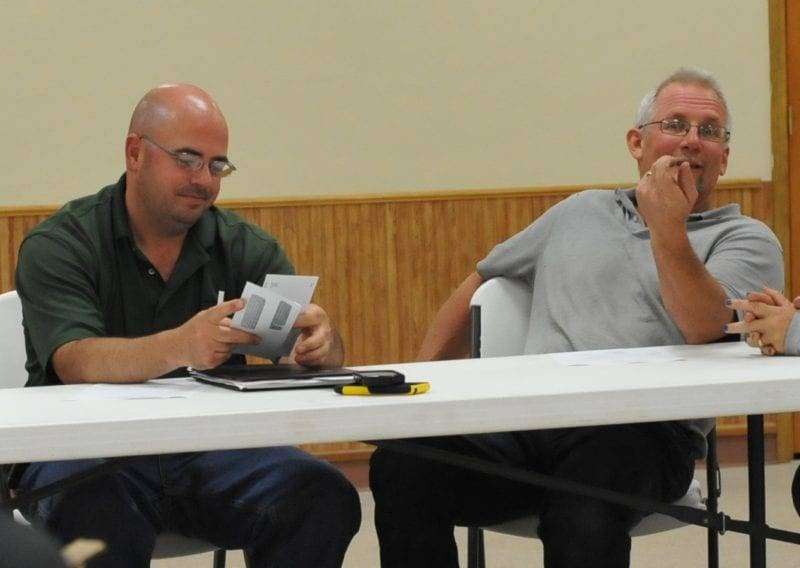 The Ohio Department of Agriculture (ODA) has elected to take a prudent approach toward the avian flu that has swept across several states.

And that’s why the ODA has banned all live bird exhibitions for the year.

Board President Eugene Wilson called a special meeting of the Williams County Agricultural Society to discuss the ban with his fellow board members on Tuesday, June 2.

It was then that he informed them of the state’s decision.

“So far, Ohio is virus free,” stated ODA representative Erica Hawkins in the press release, “and the move is intended to continue that status.”

This edict applies to all county and independent fairs, the Ohio State Fair, auctions, and swap meets. It also applies to eggs laid by birds raised for show or sale. While the plan will likely prove effective in preventing the virus crossing into Ohio, there is a major downside in its execution.

“This was a difficult decision because it means young people cant show their birds at the fairs,” David T. Daniels, Director of the Ohio Department of Agriculture had his statement included, “but it’s in the best interest of an industry that literally thousands of Ohio families and businesses depend on and which provides billions of dollars to our state’s economy.”

Those who raised birds for contests at the fair will still be able to take part in the interview portion of the event, though they won’t be able to bring their animals with them.

The state has encouraged local fairs to seek out a new event to replace the avian showings, which is something into which the board is looking.

Also during the session, the board voted to accept former member John McDonald’s resignation. Extremely active while on the board, McDonald left vacancies as Chairman of the FFA, Veteran’s Day, and Shuttle Cart Committees, while giving up his Co-Chair status on the Antiques, Gates, Harness Racing and Blankets, Horse Hitch, Horse Pulls, Kids Day Activities, 4-H Parade/Youth Night, Bike Giveaway, and Grounds Committees. He even served on the Gate, Livestock Buying, Band Show, and Security and Parking Committees.

One responsibility McDonald will keep is the organization of the board’s annual Rib Fest. While board member Al Goebel will be in charge of the alcohol distribution for liability reasons, the board decided to allow McDonald to continue running the late July event as a non-member.

Following up on their April regular meeting, the board entered into discussions on how best to handle repairs needed for the Gillette building. Wilson reached out to the county commissioners after that last meeting, and the officials recommended that the fair board procure a second quote on the costs to fix the burned building, with the commissioners having already obtained one through Siebenaler Construction.

Wilson reached out to Distinctive Roofing for the estimate. The business quoted the repairing of the roof for $9,000, the replacement of the building’s siding at $2,300, and $390 per door. Overall, the Siebenaler Construction quote amounted to roughly $2,000 less than the Distinctive Roofing total. The board will soon receive the insurance check from the commissioners’ desk, with the note totaling $15,000.

A request for usage of multiple buildings, including the Merchants Building on the fairgrounds was made by the Williams County Cancer Society for their Relay for Life program. The agreement would call for the board to donate a portion of the grounds for the event, while covering electric and water costs as well. This is a yearly tradition for the Ag Society, though there have been some issues in the past.

“I’m a newbie, but I’ve heard horror stories about the cleanup,” board newcomer Alan Bennet said of previous Relays.

A few other members of the board, who had held their seat for longer than Bennet confirmed there had been misunderstandings between the two parties in this area before. It was for this reason that the board added a provision which required the space in question to be cleaned within two working days of the Relay for Life’s conclusion.

Bob Wieland, Vice President of the board, announced that he had received a donation for the entertainment budget of the 2015 Williams County Fair. The gift, amounting to $500 was made by Wilson Auction and Realty. That donation had previously been made by the business, but saw their check returned to them by former member Jeff Lehman, who cited concerns he had with the leadership of the board before resigning at the last regular meeting. The funds are expected to go toward the expenses associated with a mime that will make an appearance at the Fair this year.

The meeting adjourned without entering into Executive Session. With a regular meeting still required for the month of June, the board will meet again on June 18 at 7:00 P.M. in the Thaman Building.