One Down, One to Go as Indians Seek State Title 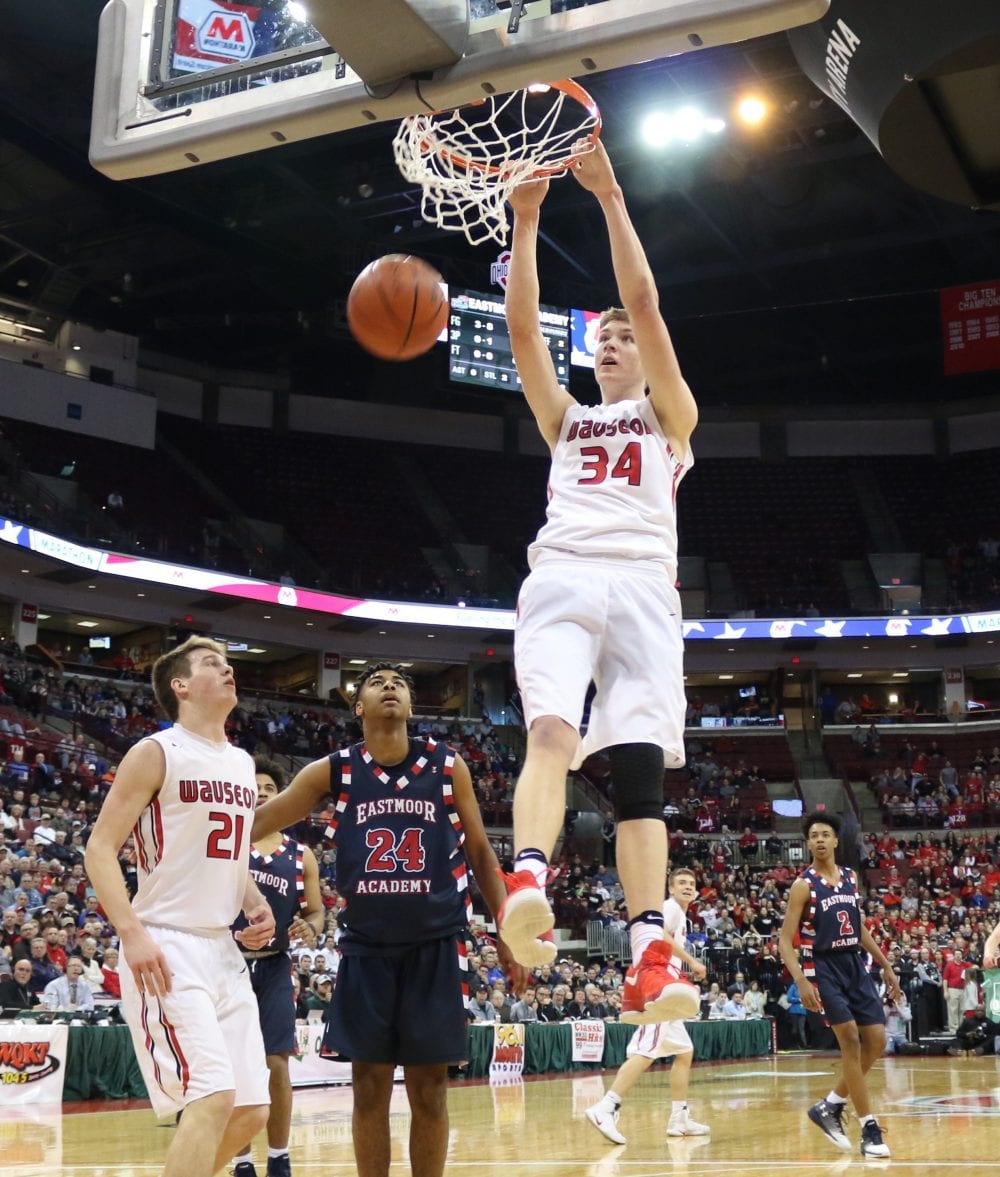 COLUMBUS — On the biggest stage for OHSAA high school basketball, the Wauseon Indians claimed their 27th victim with a 42-35 Division II State semifinal win over Columbus Eastmoor Academy in front of over 8000 fans in attendance.

“We have talked that defense never sleeps and rebounding never sleeps,” coach Chad Burt said after the victory. “I thought if we could control the offensive glass and controlled our turnovers that we would have a chance.”

The first half was a test of wills as both teams struggled offensively. After 16 tense, nervous minutes, Wauseon took a 13-10 lead into the locker room.  Both teams, getting used to the venue and adapting to each other’s style of play, summed up the first half of play. “We had not seen a team with that length and as athletic all season,” Burt continued. “I wasn’t sure how our kids would respond. I thought early on we came out and obviously were not intimidated.”

The Indians dominating defense was evident right from the opening tip, led by Austin Rotroff who rebounded and blocked his way into the spotlight. The 6-9 junior finished with only six points, but he collected seven rebounds, and more importantly batted away seven Warriors’ shots for the game.

The second half saw Eastmoor grab their first lead during third quarter action as they outscored the Indians during the quarter 15-11 to take a 25-24 advantage.  With Rotroff and Gype in foul trouble, an unlikely hero emerged to be the spark the Indians needed as the final eight minutes began. Junior Owen Newlove came through with eight very important points and five equally as important rebounds to help the Indians regain the lead during fourth quarter action. “Owen made two monster plays for us,” Burt said. “We are up three toward the end of the third, and they go on a small 6-0 run to take a lead that put us on our heels a bit. Owen’s a little bit unorthodox, but man does he compete.”

Burt also shared the fact that the Indians have been made into a very tough unit during the post season. After a double-overtime win in the district and an overtime win in the Regional, it has prepared them mentally to take on these final opponents.  To go with Burt’s point, the small Eastmoor lead did not seem to scare or dash the Indians abilities. “After our district and regional wins, we knew we could make the plays when we had to.” Senior Carter Bzovi said.

The Indians broke back on top during fourth quarter action as they ripped off 18 points and the defense held Eastmoor to 10.  Brooks Gype once again was perfect at the foul line finishing 6 for 6 as well as getting probably the biggest put back of the game on a missed Austin Rotroff free throw. Carter Bzovi hit on 6 of 8 from the line to help the cause.  Gype finished as Wauseon’s leading scorer with 14 point while Bzovi connected for one three-pointer to go with three drives to the basket for six more as he finished with 13 points.  Rotroff was held to six, but the six were all from the result of dunks that thrilled the Wauseon faithful.

Next up for the Indians will be the St. Vincent, St. Mary’s Fighting Irish who come into the game with a record of 24-5.  The game is slated for Saturday morning at 10:45am back at the Schottenstein Center.