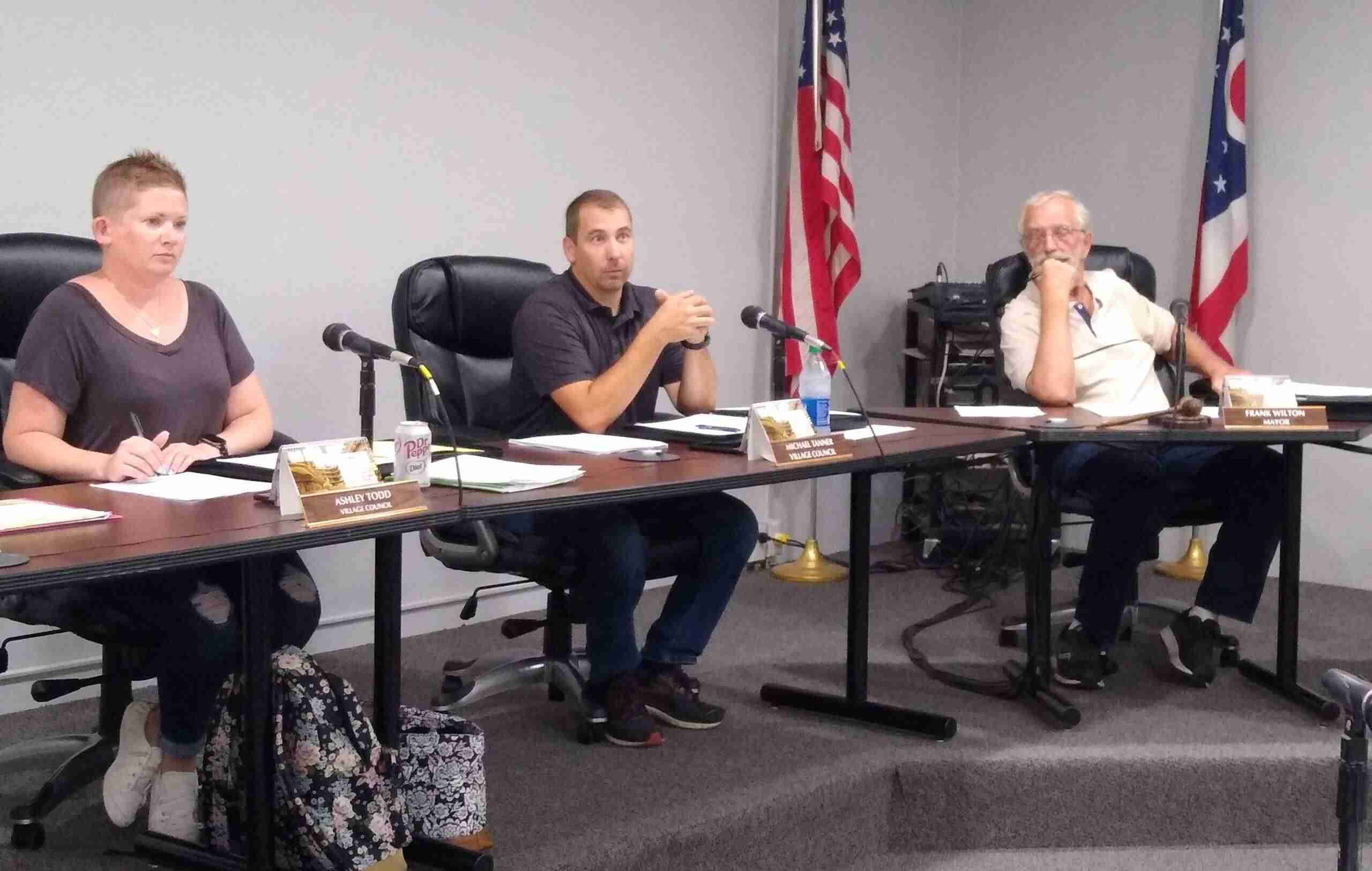 Monday, July 12th meeting kicked off sharply at 5:30 PM at Memorial Hall on Main Street. All council members were in attendance and the meeting started with local resident Carol Goldsmith leading opening prayer and Pledge of Allegiance.

Mayor Walton got down to business and began the meeting by requesting the approval of the minutes from the last gathering. The minutes were approved across the board.

Complaints were heard from local citizens regarding the noise level of large diesel trucks on the road on the west side on Main Street.

The council confirmed the previous complaints from other meetings and mentioned that decibel readings of the area had already been taken.

However, the readings revealed that the decibels were well within the acceptable range and no violation of the noise ordinance was in effect.

Complaints from previous meetings regarding the lights from Nature Fresh were also discussed.

The council discussed the gathering of funds for a memorial. No correspondence from the collector has yet been established, although other, smaller donations have been received toward its construction.

The council discussed a maintenance issue with the local pool, which falls under the decision of the Parks Committee. Further discussion and review will be undertaken to determine the best course of action.

Bolin Trucking has purchased 8 acres of ground from Worthington Industries. The land is situated on Airport Highway.

The land is not in the village, but access to water and sewer means the land falls under consideration for the village and Bolin Trucking would possibly need to annex agreement on the event that the property is ever contiguous to the village.

The agreement was recorded, but York Township wants a donation for the annexation if it were to ever take place. The council was informed that Bolin asked for a driveway cut in the event they be paid for the annexation.

The council doesn’t see this as an issue at this point in time unless North Star plans to petition for annexation, which is very unlikely.

The expense revenue reports for the first six months were submitted, as well as four checks in need of voiding totaling $176.57. Motion to void and approve was cleared.

Five hydrants covered in black bags are in need of replacing, which looks to a total cost of $15,000 to replace. The hydrants don’t have the correct size fixtures or else are leaking down into the base and can’t be used. Appropriations would be required in order to replace the hydrants during 2021.

Ordinance 21-09 regarding the gathering of funds and executing all required documents needed in order to construct a new water tower to replace the deteriorating existing structure was brought forward and cleared 6-0.

Resolution 21-05 authorizing the village administrator to enter into agreement with Jones & Henry Engineers LTD to complete an inundation report for reservoir No. 3, as mandated by the Ohio EPA. Motion brought forward and passed 6-0.

Resolution 21-06 which authorizes the village administrator to enter into an agreement with Jones & Henry Engineers to design a connection with the Fulton County water system. The motion was brought forward and passed 6-0.

Resolution 21-07 authorizing the village administrator to enter into agreement with Jones & Henry Engineers for service to design a sanitary water service for all the areas in and around Co. Rd. H Near St. Rt. 109. The motion was brought up and passed 6-0.

New Business
Resolution 21-09, which authorizes the village administrator to enter into an agreement with the State of Ohio, Department of Natural Resources for a cooperative fishing agreement.
The council aims to renew for the 25 year plan in favor of the previous 10 year plan at no additional cost. The motion was brought forward and passed 6-0.

Resolution 21-10, which declared it necessary to renew an existing levy for the police department pursuant to Ohio, requesting the auditor to certify the amount of revenue to be generated by the proposed levy renewal.

Ordinance 21-10 which allows for supplemental appropriations for the current expenses of the Village of Delta for the fiscal year ending on December 31 2021 was brought forward and approved 6-0.
The meeting adjourned at 6:00 PM. The next regular meeting will be held July 19th at Memorial Hall at 5:30 PM.

Jennifer can be reached at publisher@thevillagereporter