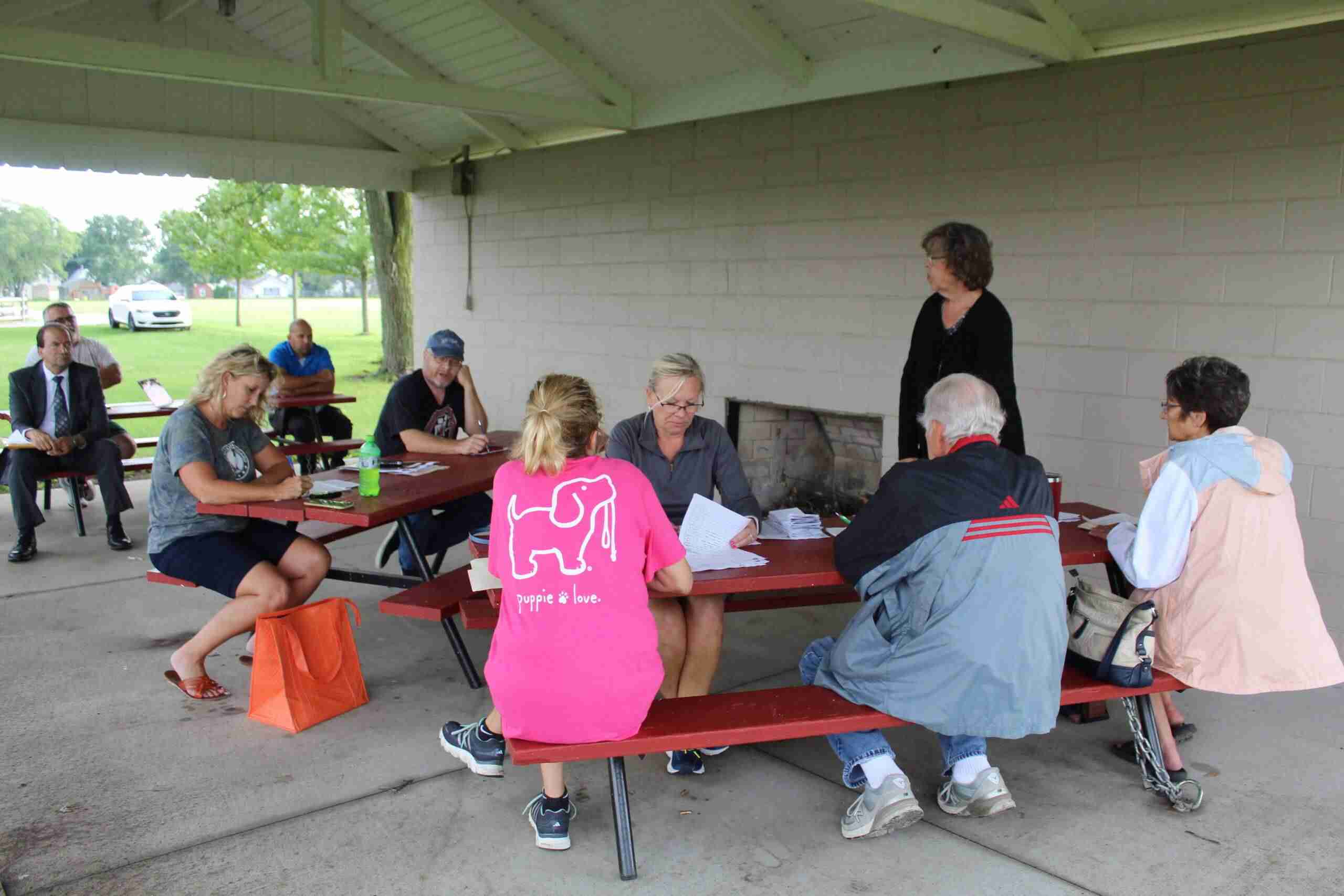 The Metamora Village Council held their meeting on Monday July 12th. The meeting was held at the Metamora Park under one of the pavilions.

The meeting was called to order at 7:00pm with all council members in attendance and the mayor absent. The council then moved to the Pledge of Allegiance.

Guest Kory Herdman then addressed the council with a request to hold a bible school at the shelter house on Monday July 26th, 27th and 29th.

It was requested to have the bathrooms and kitchen opened as well. Following a discussion, a motion was put forward to approve the rental as well as to waive the rental fee which then passed.

A motion was then made to approve the minutes from the June 21st meeting as well as the special meeting from June 28th.

For the solicitor’s report, the ordinance being voted on regarding marijuana will have one more change added onto it. A letter was drawn up for one of the homeowners in the village and eminent domain was looked at and is possible if that is the route they would like to go down.

The first step would be to have the property inspected by a building inspector with the Wood County Building Inspectors being mentioned as a possibility.

The topic of eminent domain was tabled for the next meeting. Nothing was figured out about adding a handrail to the entrance of the building.

The issue of having to make the entrance of the building ADA compliant if there were any changes made to it was brought up. The issue will be researched, and the topic will be discussed at the next meeting.

A discussion then took place regarding ordinance numbers and possibly putting the year in front of it due to it being easier to look back at later.

The council then moved to the first reading of Ordinance 1057 which will prohibit marijuana cultivation and dispensing. A motion was made to approve the ordinance and was passed.

In old business, the third reading of Ordinance 1056 regarding sewer credit refunds took place. A motion to accept was made and passed.

Emergency Ordinance 1058 regarding the Toledo Edison contract for LED light bulbs was then discussed. A motion was made to suspend the rules which passed followed by a motion to approve the ordinance which also passed.

The village will be receiving tables and benches which will need to be picked up. It was discussed that a tractor should be able to lift them, and the trailer will then be used to transfer them to their new location.

In regard to the village’s search for a new truck, three dealerships were contacted with one dealership calling back. The dealer currently did not have what the village is looking for but will keep an eye out.

The other two dealers will be contacted again with others being contacted as well. Recognition and memorial plates were then discussed.

These plates are available for anyone who would like to purchase one which will then be added to the wall at the park. The topic was tabled until next year due to not holding a Park-O-Rama this year. The council then addressed the Zoning and Planning Committee.

The last time the committee met was back in 2013 and terms were for 6 years so it will need to be addressed. The idea was looked at to call previous members to see if they were interested in doing it again.

A discussion then took place regarding looking at the security of the park buildings. A motion was then made to pay the bills as read which passed.

In new business, the first reading of Ordinance 1059 regarding amending appropriations was discussed. A motion was made to approve the ordinance which was passed.

The issues of sidewalks buckling was then brought up. One of the sidewalks in particular was discussed that is in front of John and Karen Butson’s property. Two people have tripped over the sidewalk, and it was painted orange in order to make it more noticeable.

The cause appears to be from the roots of a nearby tree. Other issues with sidewalks in the village exist and the idea to fix them all at the same time was brought up. A sidewalk committee was then made in order to go around the village and see what sidewalks need repair.

For the Fiscal Officers report, the bond with Stapleton insurance was addressed as well as a permit that was issued for a fence on West Main Street for Tom and Tina Sullivan.

The number of chickens that were ordered for the chicken BBQ was discussed as well as prices. The price per half was $1.95 last year with it raising to $2.60 per half this year.

With the mayor not present to give the mayors report, a motion was made to adjourn and was approved. The council then made a tour of the park to discuss possible changes.