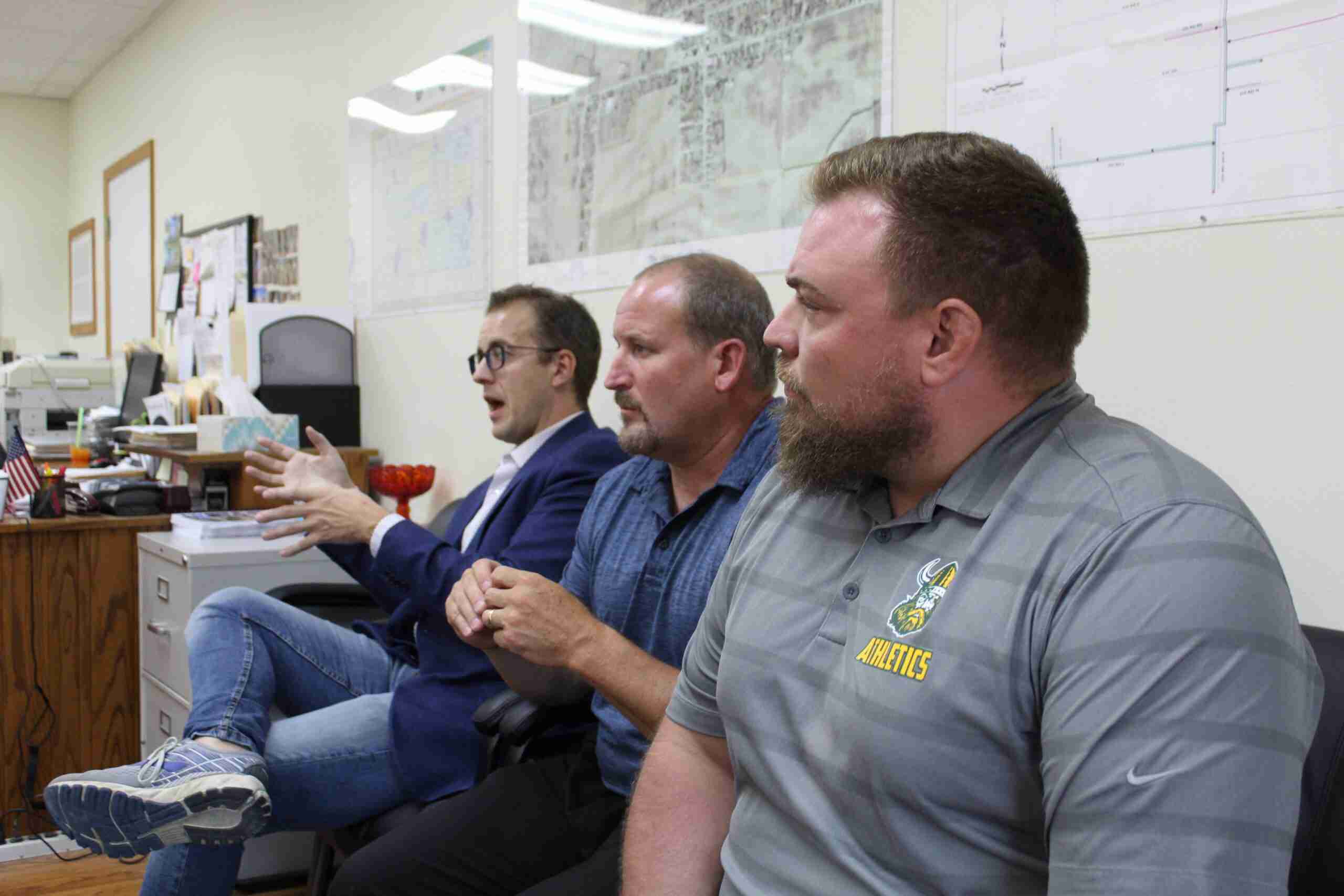 The Village of Lyons held their Council meeting on Monday August 2nd. The meeting was called to order at 7PM followed by the Pledge of Allegiance.

Council then made motions to approve the minutes from the previous meeting, financial report and reading of the bills which each passed.

Deputy Eisel was then given the floor to provide a Sheriff’s report of incidents to the council. He informed them that there had been 39 calls since the April meeting with nothing too severe.

Council informed Deputy Eisel that as of right now their only concern was with speeders. Council then moved to hear concerns from the public.

Derick Stoup, Zach Murry, and Eric Smola from Evergreen Schools approached council with a proposal regarding the Evergreen Youth Association.

They informed the council that they will be approaching all of the villages and townships in the service area for the school about this same program.

Derick Stoup provided everyone at the meeting with a handout that provided information and examples for what they would be discussing.

The EYA is a sports program for grades K through 6 but currently each of the teams are split up. Their goal is to receive money, around $7,000 to $10,000, from each of the locations to fund a new position that would oversee each of the programs and to pair them all together.

Council discussed the fact that before they are able to have any discussions on the matter, they would like to see financials for the previous 5 years. The issue was tabled until those financials could be received.

Council then moved to hear employee reports. A pump went out at the lagoon station due to it being gummed up with flushable wipes. The wipes had to be removed by hand.

The Village Council would like to remind people that flushable wipes are not really flushable and do clog up sewage lines which then cost money to fix.

Work for the salt and brush bins have started and is looking good according to council. Three new park signs were received and put up.

There is a grant currently running for $250 million for water and wastewater infrastructure and council expressed interest in applying for part of it.

In the committee report, confirmation came from T&R out of Morenci for leaf collection. Trick or Treat will be taking place this year on Sunday, October 31st from 5:30pm to 7pm.

In new business, tax levy information was given to the board of elections. The EPA asset management plan is still being worked on. Two new people will be running for Village Trustee.

A letter was sent out to the county engineers regarding Wards construction.

Wards then came out and acknowledged the issue with the road and said the issue now is figuring out what the issue is and how to fix it.

The next meeting will be held on September 1st due to the Fulton County Fair.

A discussion then took place regarding the new planter boxes. It was decided to look into getting at least 10 more at a cost of $100 each in order to keep the same look for each.

The newsletter for residents will be getting completed. It will include issues such as the bulk pickup date and the new epay system for water payments.

The hot water heater in the concession stand went out last week and had to be replaced. New Christmas decorations should be coming in pretty soon to replace the aging ones.

In the Administrators report it was said that the handbooks will be getting done at a later meeting and that there may have to be a special meeting planned for it.

A discussion then took place regarding the updating of the tennis court to pickleball courts. The mayor then read items on the Sheriff’s report before the council adjourned for the night at 9:05pm.