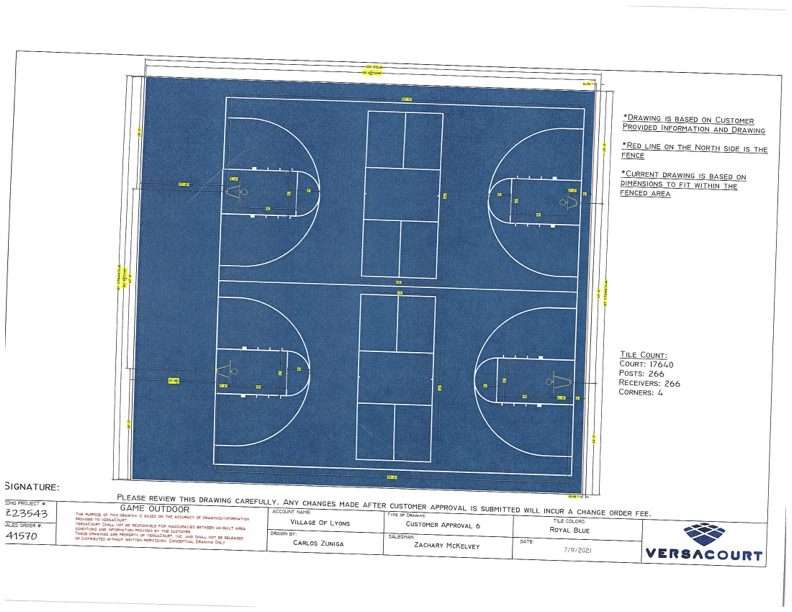 DESIGN PLAN … The design plan shows the current placement for the basketball courts and pickleball courts that will be getting redone at the Lyons Community Ballpark.

The Village of Lyons has plans to redo both the basketball courts and add pickleball courts at the Lyons Community Ballpark.

The existing basketball courts will be replaced by a newer, harder, plastic like material. This material is in the shape of interlocking squares and already has the design and lines printed on the material.

The courts material is already ordered and is being provided by Versa Court.

The design will have the two basketball courts side by side and two pickleball courts in the middle. Funding for the change is being provided by two grants.

The grants being received are the State Capital Grant and the Nature Works Grant. Worthington Industries will also be participating in the work for the courts on their community days event currently scheduled for September 28th.

The fence surrounding the court is also looking to be replaced with a date yet to be determined. The current hope is to look at having the court open within a few weeks after the work is done but is subject to change.