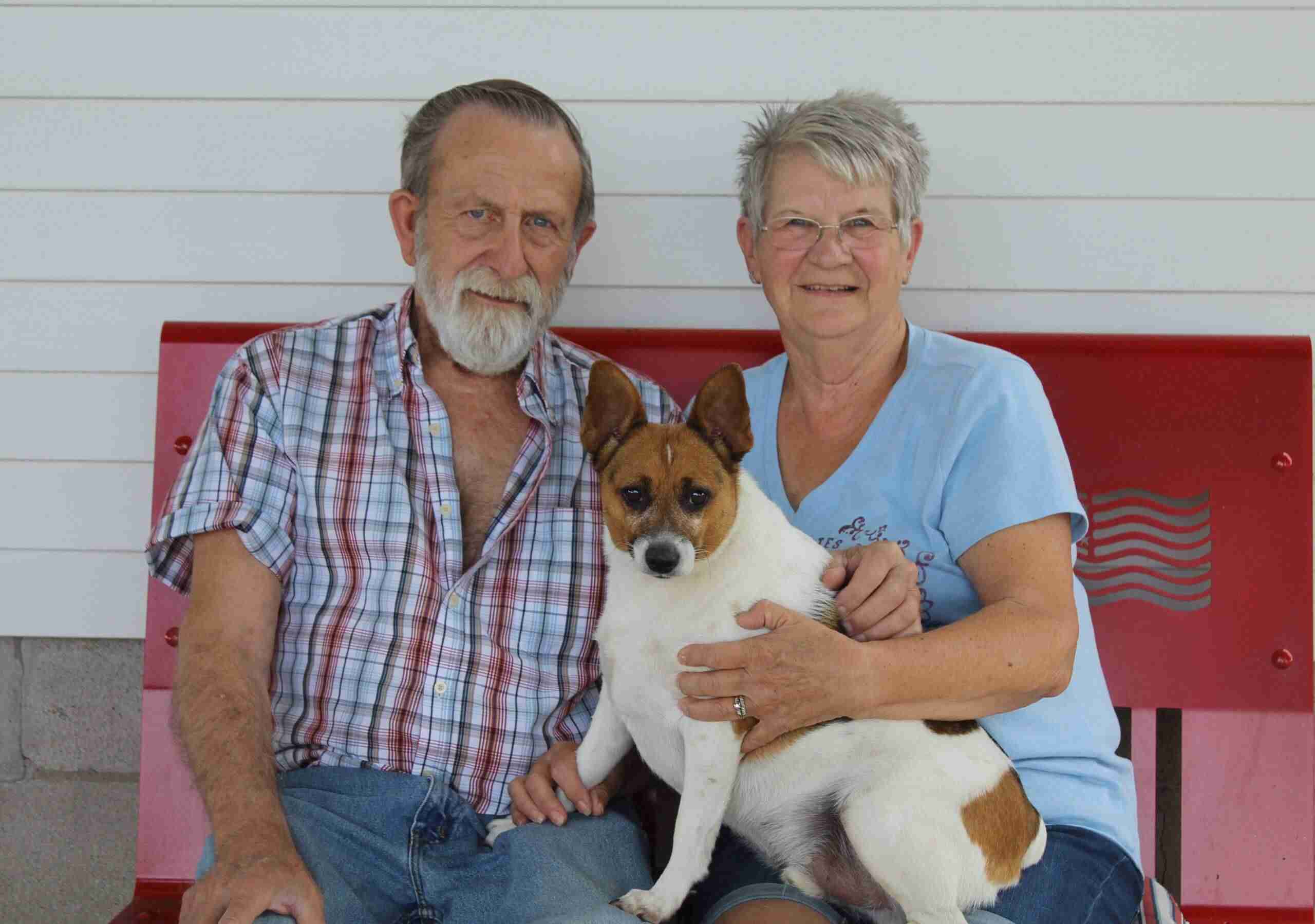 KING AND QUEEN… The Fayette Bull Thistle King and Queen for 2021, Boomer and Joan Rice.

The annual Bull Thistle Festival is coming to Fayette this year and with it brings the need to crown a King and Queen. This year the events King and Queen will be Boomer and Joan Rice.

The husband-and-wife pair were nominated by their daughter and chosen due to them both being long time standing citizens and for the time served on the fire department and community.

Calvin (Boomer) Rice was born in Wauseon where he lived for a while before moving over to California when he was still young due to his father’s military service during World War II.

After leaving California they moved to Fayette where he graduated from high school. Boomer had a few jobs throughout his life such as working for an auto parts manufacturer, working for his father to raise buildings and put in foundations, worked doing carpentry then excavating and then at a grain elevator.

He also worked for the township mowing roadsides, plowing, fixing tiles, and more. One job in particular that he has been doing since 1968 is for the volunteer fire department in Fayette.

Through the difficult times and the good times, he was there to serve the community no matter what time of day it was.

Even now he still serves with an active fire card from the state, although today brings no active fire calls to his career anymore, he still goes to meetings and trainings to offer his advice and input.

Joan Rice was raised in Assumption where she also went to school. Later, as time went on, she went to high school in Fayette where she graduated.

She worked in a factory for a few years before she got married to Boomer in 1966. Afterwards she had worked at a local 5 and dime store and as a secretary for a realtor company in town.

Joan enjoys flowers and gardening. Joan also helped on the fire department with the Fire Bells which is another name for the department’s auxiliary.

Sometimes when Boomer was out on a call even early in the morning, they would go up and do things to help them when they came back like make breakfast.

Joan loves living in the country and wouldn’t have it any other way. She recalled living in the same house with their children during the Blizzard of 1978 and how they all stayed together in the living room.

The times that she was able to spend at home with family were the most important times.

Both Boomer and Joan helped with the Bull Thistle Festival for a long time. The festival started out with the fire department who had a BBQ for people on the 4th of July.

As the event got going more, they added a parade and moved it to August. Boomer and Joan both helped with the festival by running a concession stand where they then donated the money they had to the fire department.

They were usually able to donate a couple thousand dollars, which back in the 70’s was a lot of money. Throughout the years there have been many people who have helped their communities.

Some have helped more than others, but it is the selflessness that truly matters. It is getting up at two in the morning to go out and help someone else that you may not know, regardless of what the weather is like or what the call is.

And it is also getting up and supporting that person and going with them even when you do not have to. To support them and everyone else they are working with.

Then going and giving more time to help raise money to be able to keep doing it. That is the true measure of this year’s Fayette Bull Thistle King and Queen.