Montpelier Teams Up With Taya To Knock Out Cancer 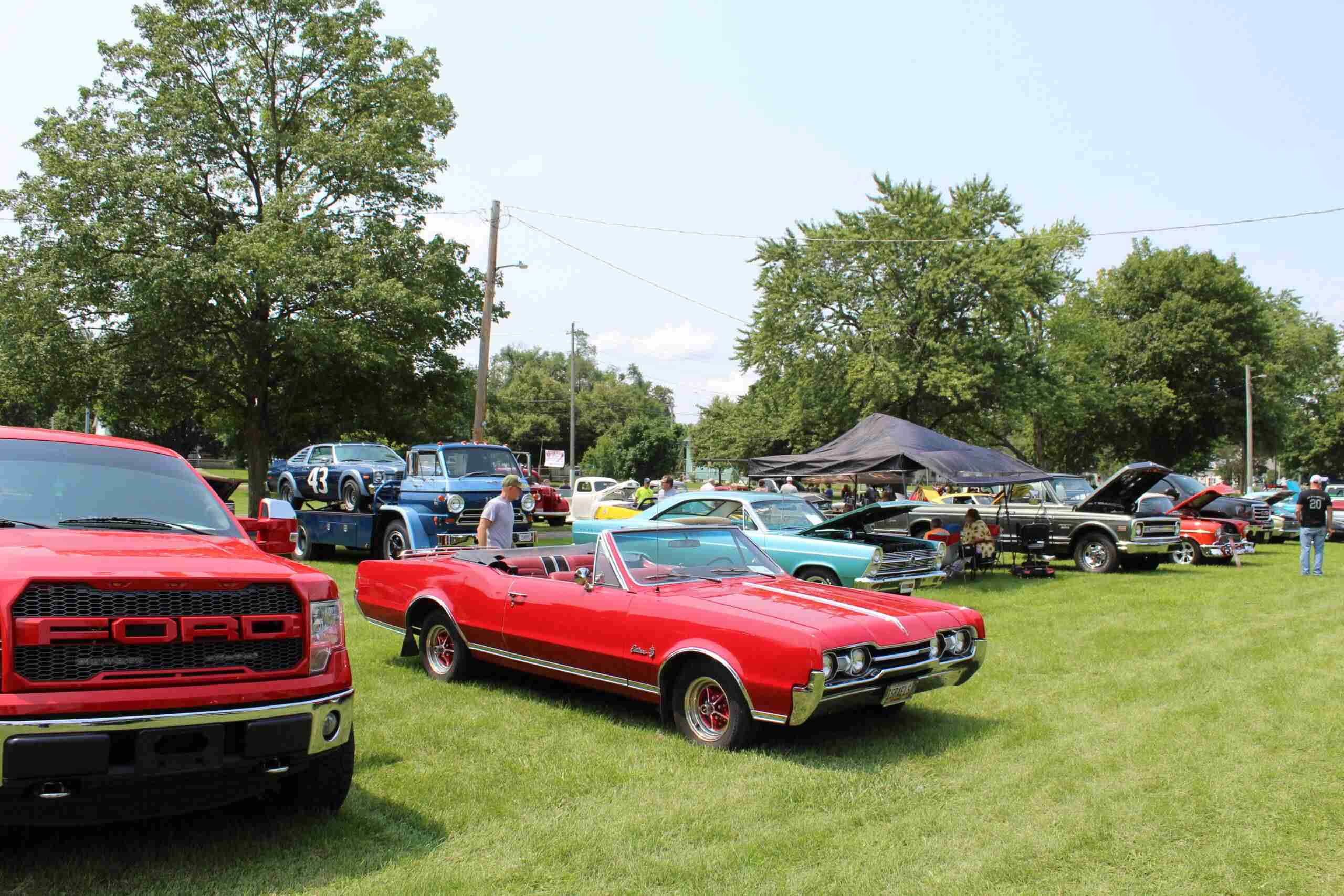 CAR SHOW … Team Taya held a car, bike and equipment show during their fundraiser. Taya enjoyed the cars and machinery that was brought in. (PHOTOS BY JACOB KESSLER, STAFF)

The Williams County Fairgrounds had a special event and an even more special guest this weekend. Taya Beck is a 2-and-a-half-year-old girl who is currently battling cancer.

She has a rare type of Round Cell Sarcoma with a 2 gene mutation. The mass was found along her T6 and C3 vertebrae’s causing her to become paralyzed from the chest area down.

Surgery was done in order to remove the mass but with it being so close the spinal cord, some of it does remain.

The event’s purpose is to help raise money for medical bills to pay for the chemotherapy and radiation treatments that will be starting in the next few weeks.

Taya is a typical 2-year-old but with a tom girl side to her according to her parents Dalton and Naomi Beck. She can count to 10 and say her ABC’s and loves to color and play outside.

She also loves big heavy equipment like farm machinery, tractors and their ranger rides. The Team Taya event was organized by her Uncle Buff and Aunt Misty as well as Cousin Mallory.

The event featured food vendors, a large car and bike show, live music and more. The event was packed with a large number of people throughout the day to show their support and become part of Team Taya.

If you were unable to make it this weekend but would still like to become part of team Taya, you can visit them on Facebook or make a donation through their go fund me page. 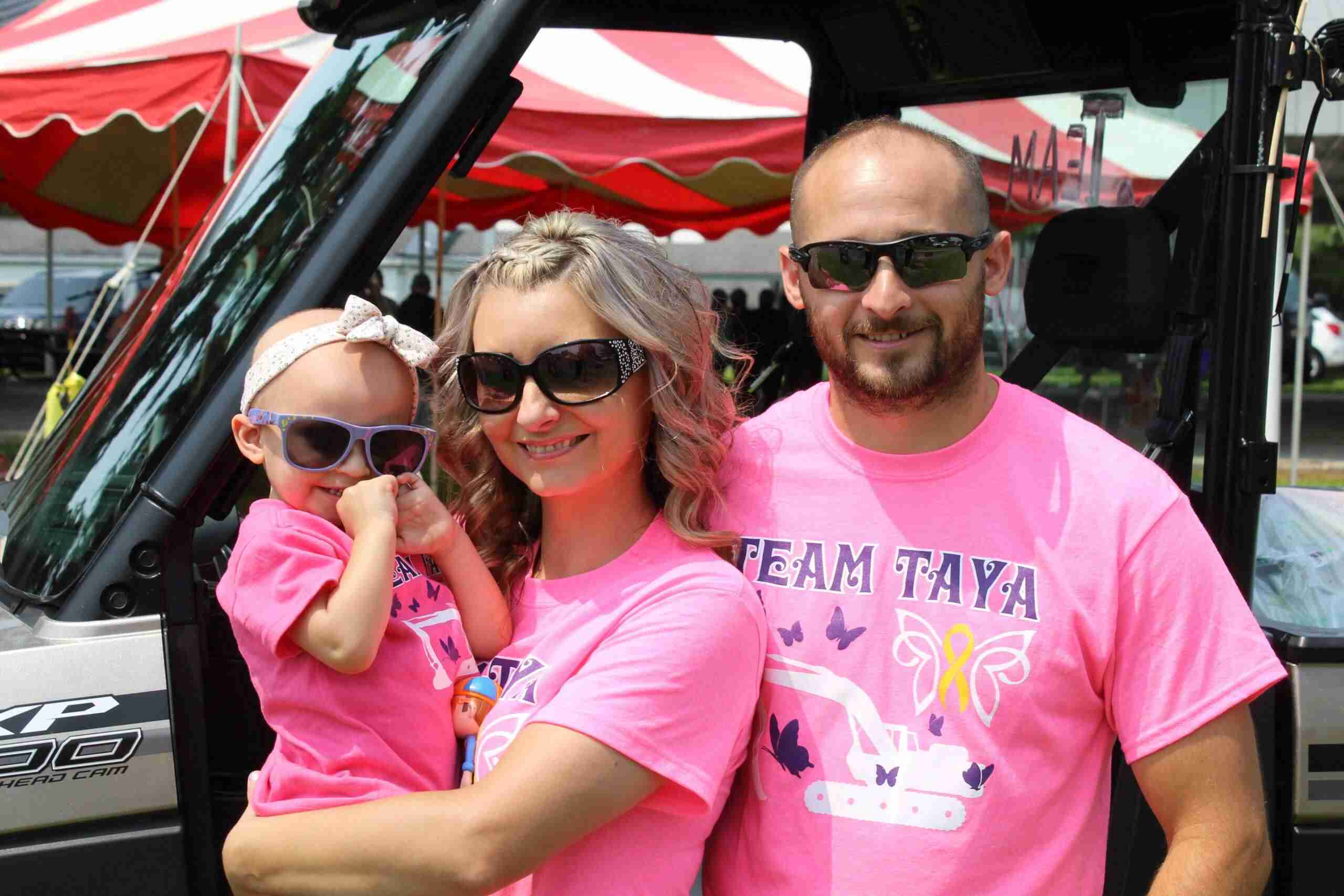 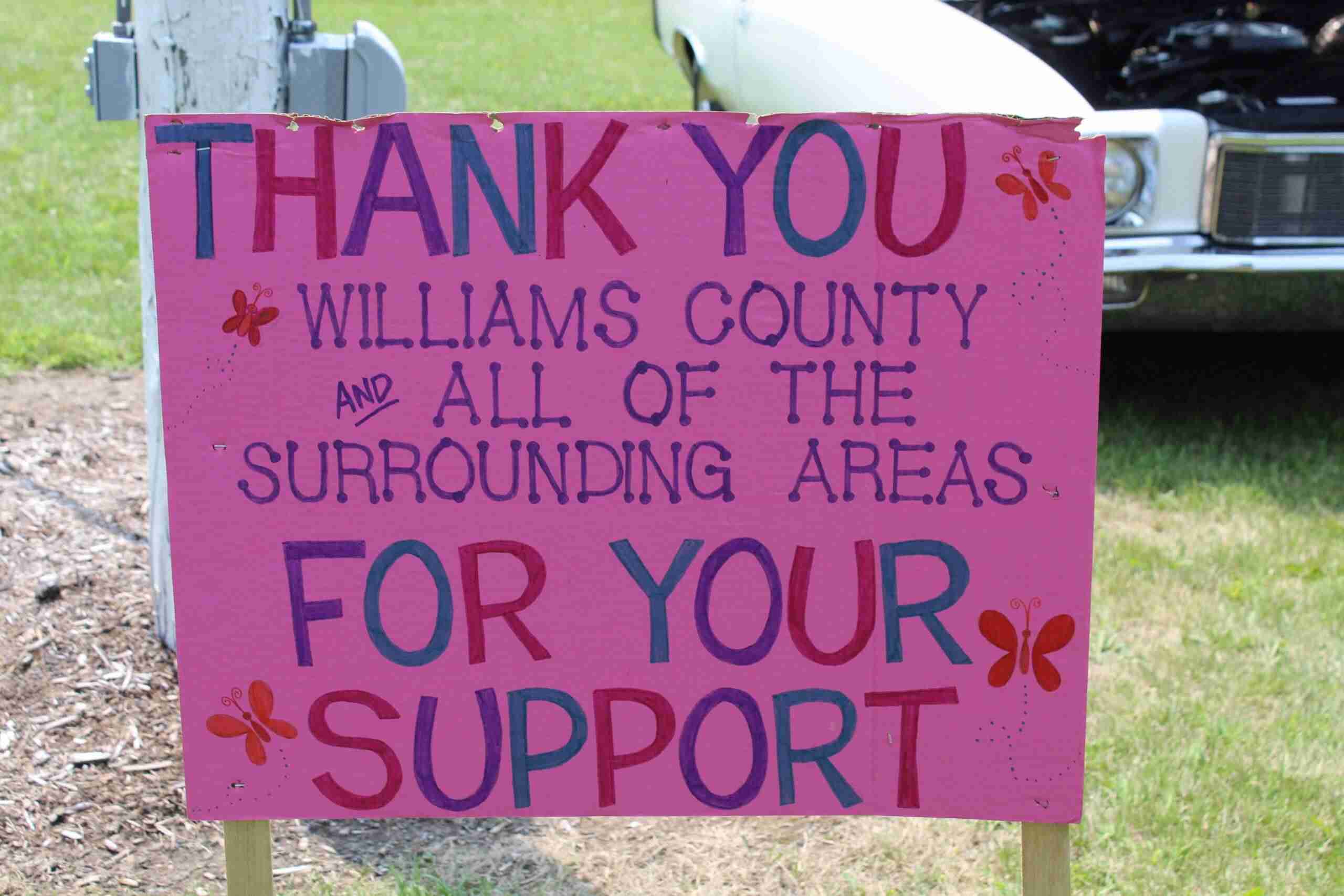 THANK YOU… A sign stands during the fundraiser to thank everyone that came for their support in helping Taya.