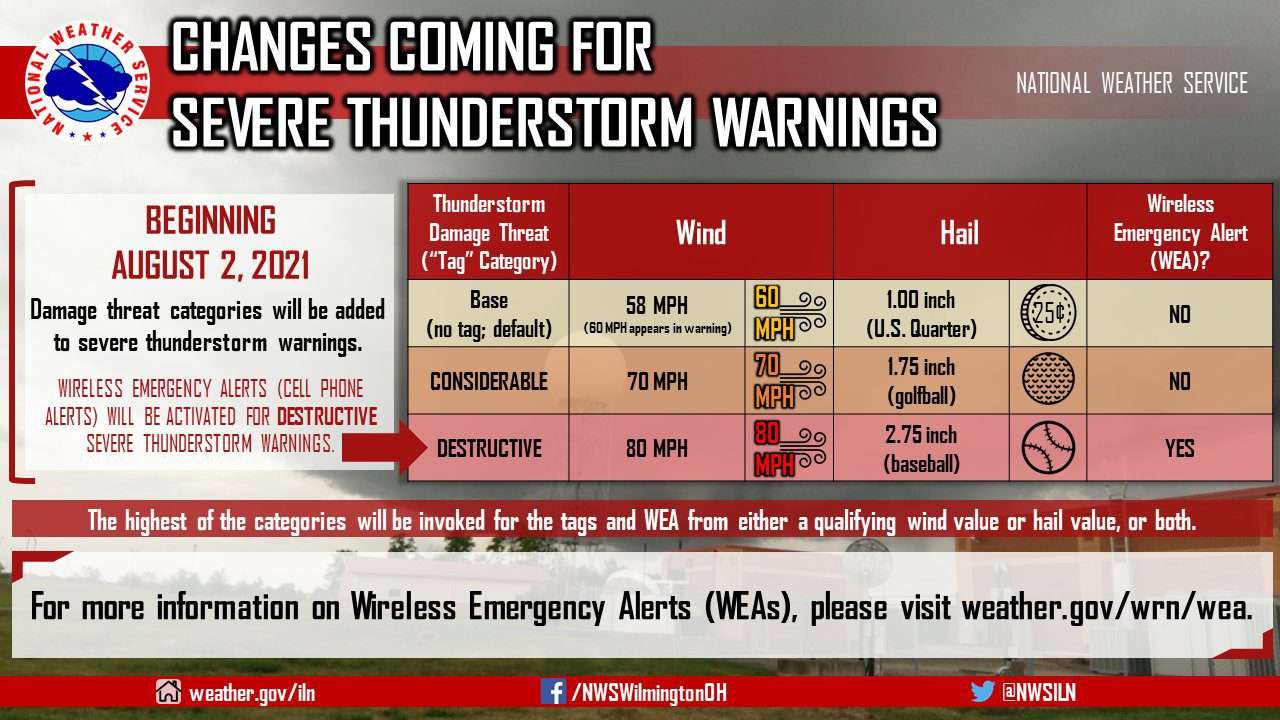 DESTRUCTIVE STORM … The example given shows the difference between other severe storms, and what will active the emergency alert system.

The National Weather Service has added a new term to severe thunderstorm warnings that will trigger the Wireless Emergency Alert system for cell phones.

The term “destructive” will now activate the alert system when a severe thunderstorm meets the criteria to receive this designation.

A storm reaches this criteria when it produces hail that is baseball sized at approximately 2.75 inches in diameter and/or when a severe thunderstorm has winds that are 80 mph or greater.

According to the National Weather Service website, “Only 10 percent of all severe thunderstorms reach this destructive category each year, nationwide.

The new destructive thunderstorm category conveys to the public urgent action is needed, a life-threatening event is occurring and may cause substantial damage to property.”

The wireless emergency alert will look like a text message and will show the time of the alert as well as what type it is. It will also convey what actions should be taken as well as the agency that reported it.

The National Weather Service in Northern Indiana is the areas issuing office for watches and warnings.

An official from the weather office stated, “It is important for people to check the settings on their phones to make sure they have these alerts turned on in order to receive them.”

It is also important to note that not all phones are compatible with this alert system so making sure you have a way to receive alerts is very important as well. 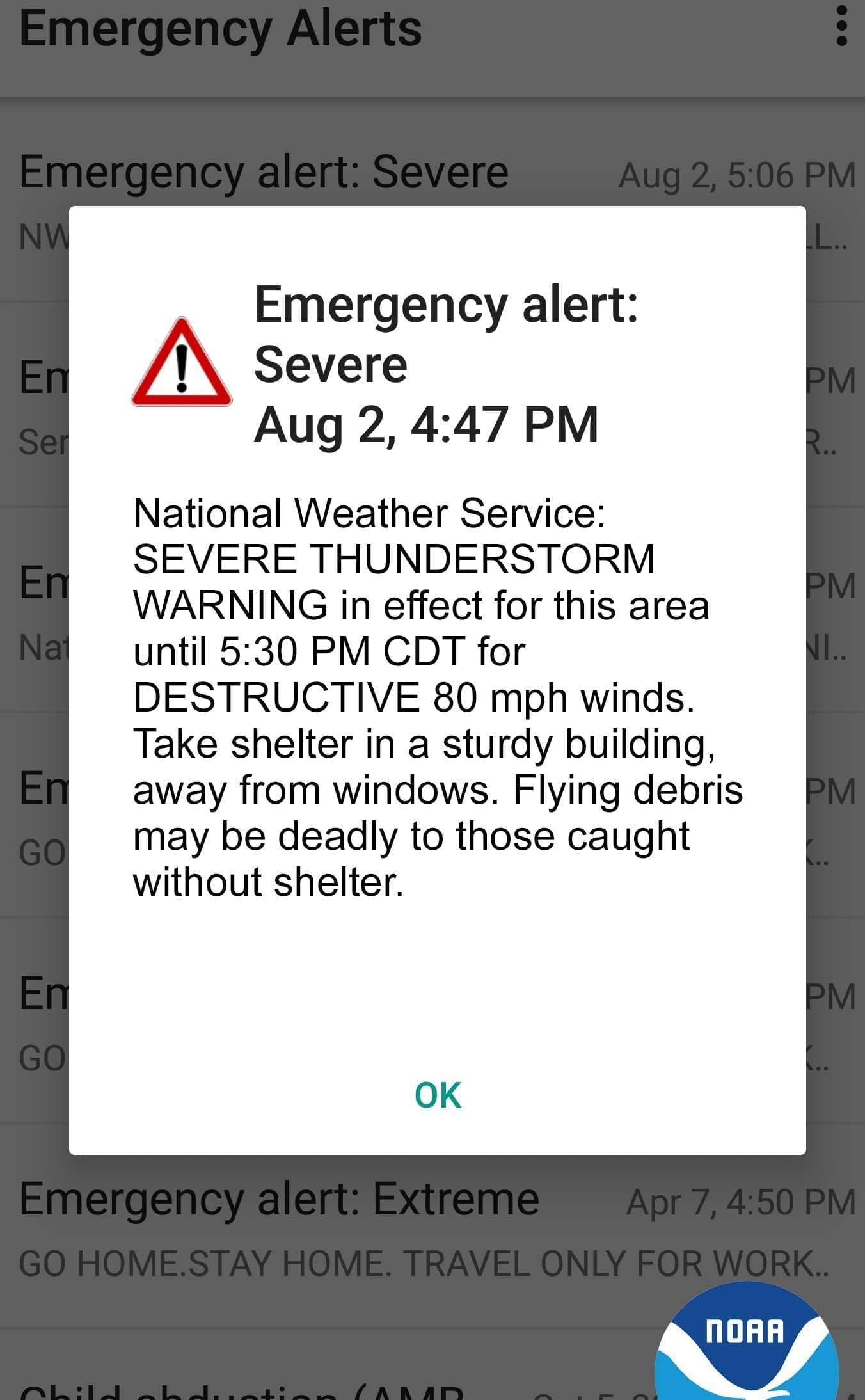 EMERGENCY ALERT … An example is shown of how the emergency alert will look when it received on phones.