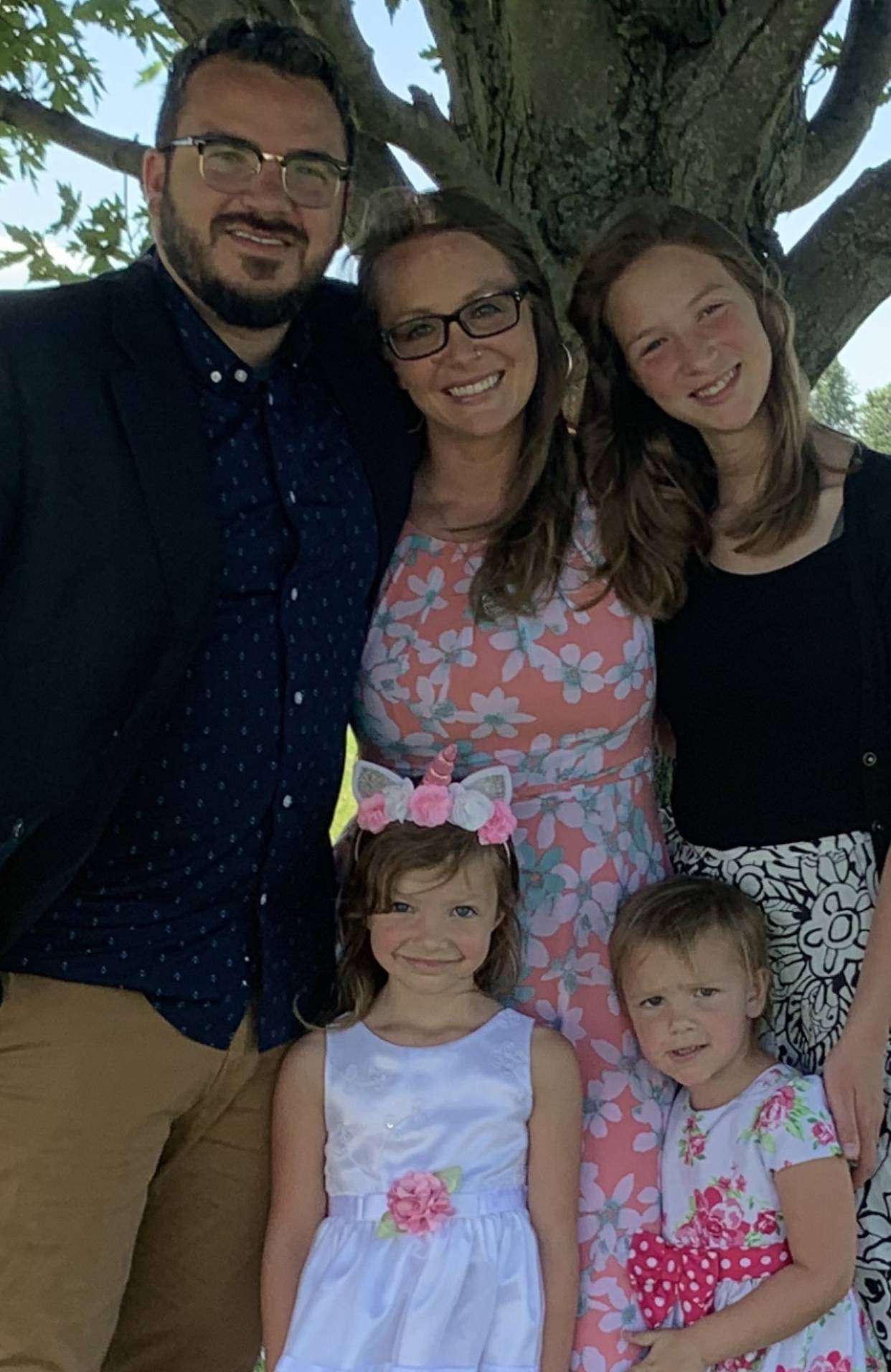 The Olive Branch Church has received a new pastor. The Olive Branch is located on County Road P and US-127 in Williams County. It is in-between Alvordton and West Unity and only a couple miles away from Harrison Lake State Park.

The new pastor is Jay Moore who grew up in the Hilltop area where he went to school. In Highschool Jay was involved in part time ministry. After graduating he decided to move out west to Colorado Springs where he attended worship school in 2007 where he also met his wife, Lindsay.

He continued to serve in part time worship positions until early 2016 when he took an associate pastor’s position at the church in Montana. Later on in late 2019 Jay was working on creating a church in Portland Oregon.

When 2020 came, and brought COVID with it, plans changed for the church in Portland. Jay and his family started looking for where the Lord was leading them next. Olive Branch Church’s long-time pastor passed away in 2017.

Since then, the church has had a hit and miss experience with pastors and have been trying to fill that space for some time. In mid-April Jay and his family moved to Northwest Ohio to take the position in the interim. He was officially hired as the Senior Pastor on June 6th.

“I never thought I would move back to Northwest Ohio. I have seen incredible people and incredible places, but the Lord called me back. My grandparents actually attended Olive Branch, so it also allows me to be closer to family,” said Jay.

Jay and his wife have been married for 14 years and have traveled across the west. They have three daughters Adaleia, Ellianna and Aileena. “I couldn’t do any of this without my family’s support. They have been incredible,” said Jay.

The church itself started back in 1872 making it 149 years old and has around 25 visitors during every service. Jay explained that he wants to see this grow into what the Lord has planned.

“We don’t want to be just a people that gather here on Sunday mornings. It’s coming together and worshipping him and then applying it to our lives that is important. We want to be a people of disciples that make other disciples,” Jay explained.

On behalf of Olive Branch Church Jay would like to invite everyone to come and learn about and worship Jesus together.