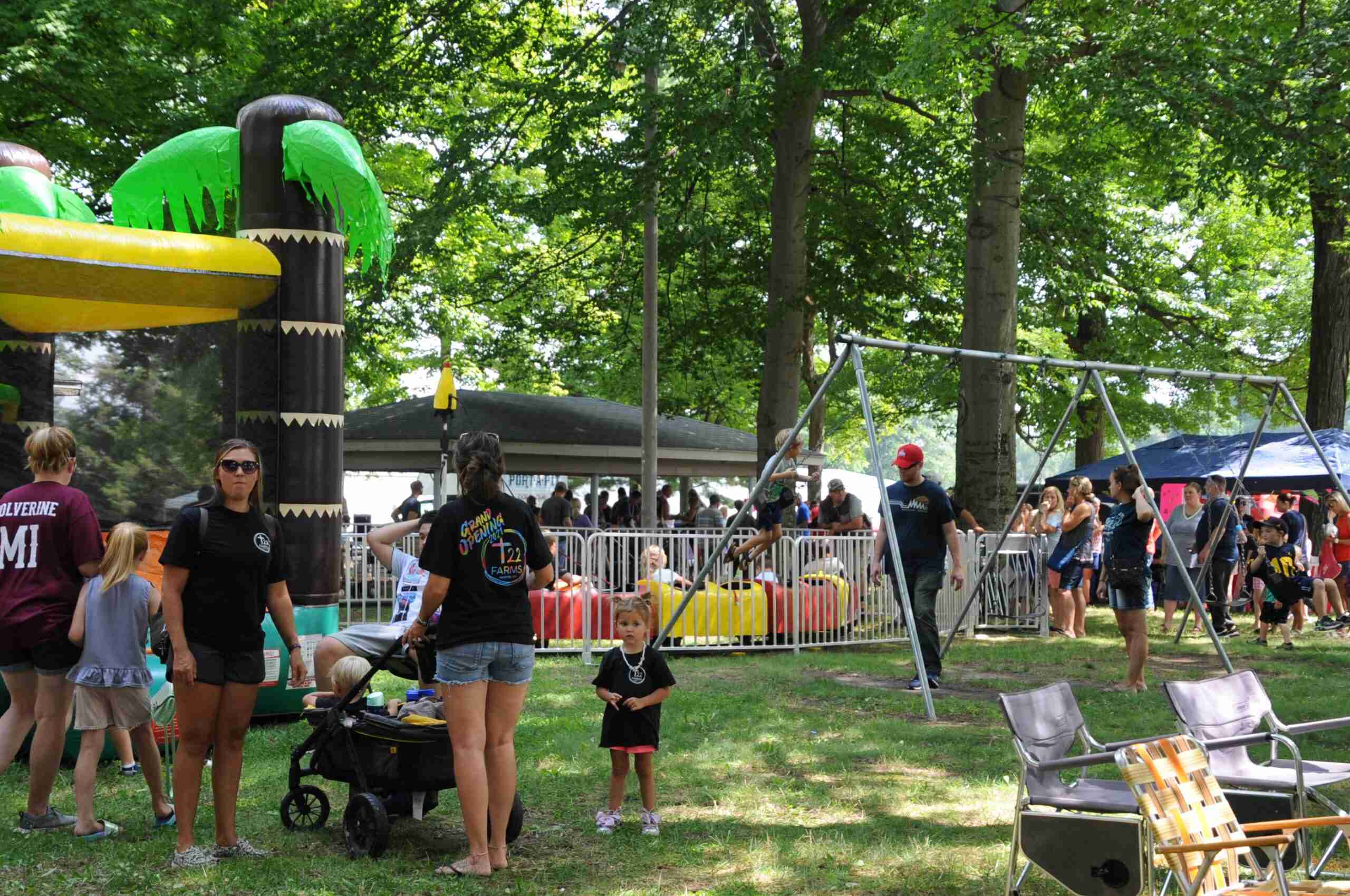 BULL THISTLE … The Fayette Bull Thistle Festival had many different events for children to participate in such as bounce houses and some rides. (PHOTOS BY JACOB KESSLER, STAFF) VIEW 317 PHOTOS OF THIS EVENT ONLINE FOR FREE AT WWW.THEVILLAGEREPORTER.COM.

The Royal Bull Thistle Arts Festival took place in Fayette on Saturday August 7th. The event started with a parade going down South and North Fayette Streets at 11am that morning.

Around 70 different entries for the parade were made with each having the ability to have more than one vehicle. Life Flight also came and did a fly over during the parade before landing. Events then took place at the Fayette Park Pavilion off Eagle Street.

Some of the events that took place were an arm-wrestling competition, a new and antique tractor show, bounce houses and rides, a smoke house provided by the Fayette Fire Department, 50/50 raffle, archery trailer and BB gun range, sand volleyball tournament, kids’ tractor pull, bull thistle judging, and many more.

Multiple different food vendors were also present serving all kinds of food such as chicken, tacos, milkshakes and snow cones.

At dusk, everyone was presented with a great fireworks show to end the day’s events. 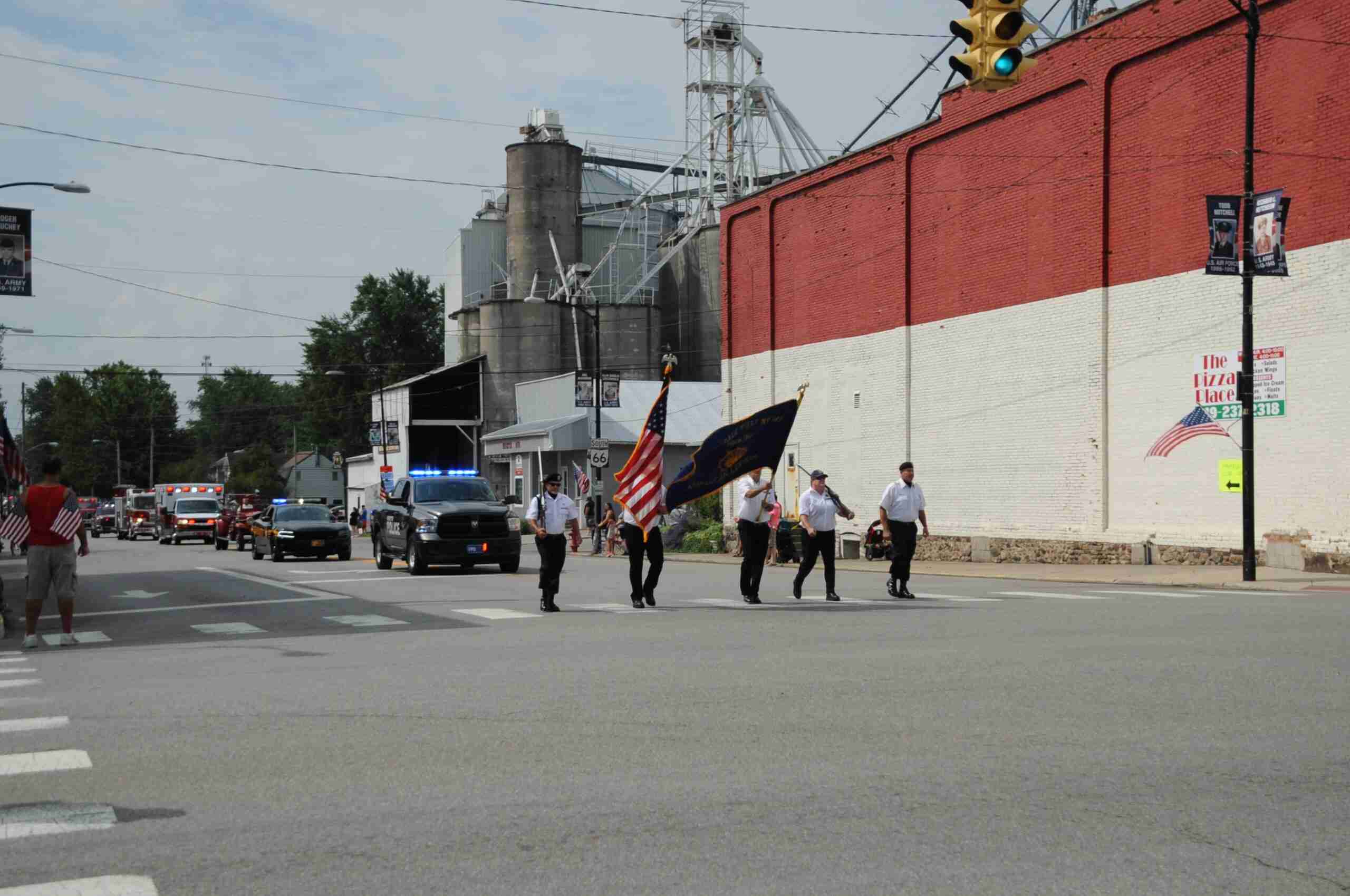 FAYETTE PARADE … The Fayette Royal Bull Thistle Arts Festival starts out its event with a parade through town. 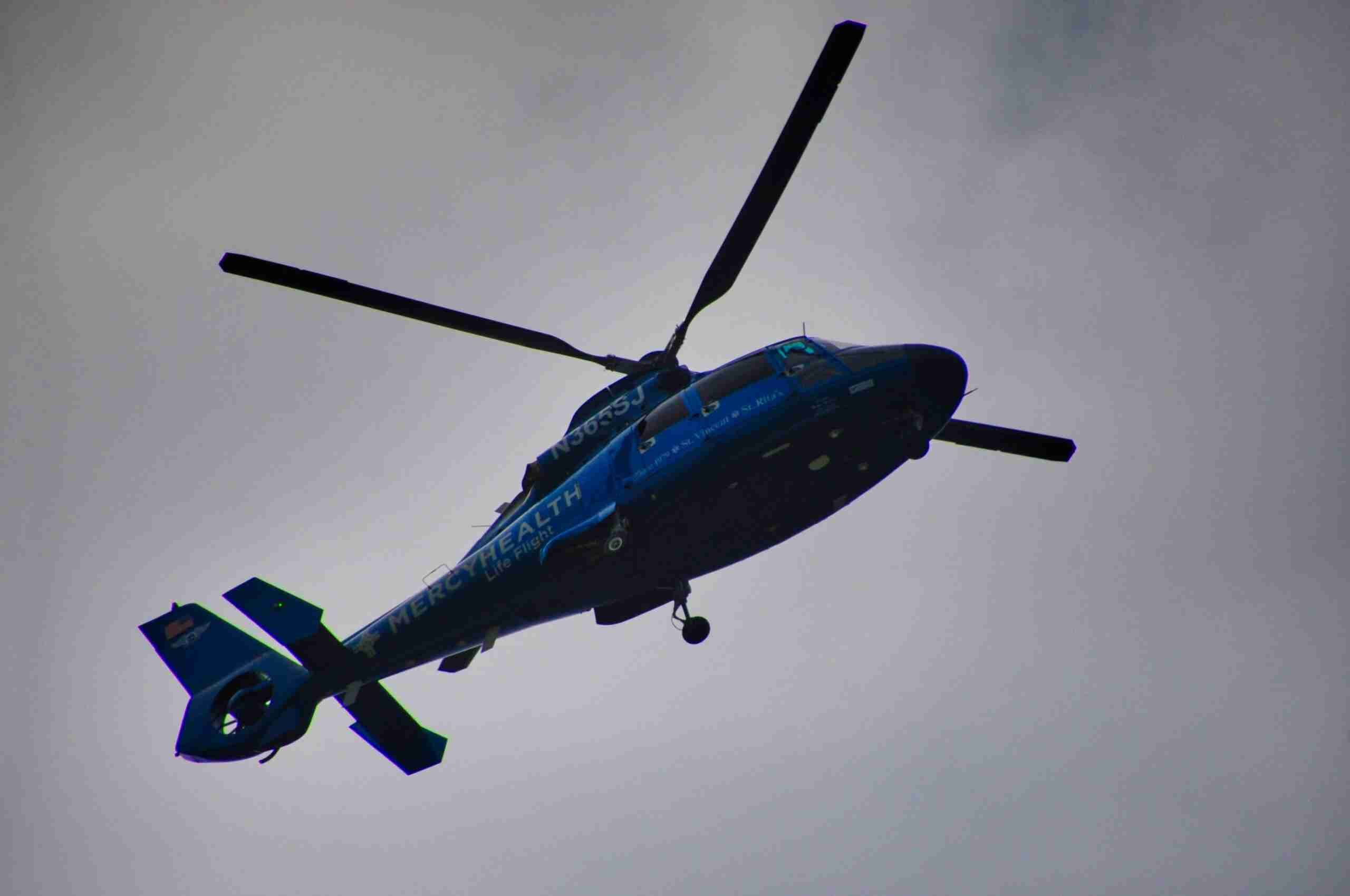 FLYOVER … Life Flight does a flyover at the Fayette Bull Thistle Parade.