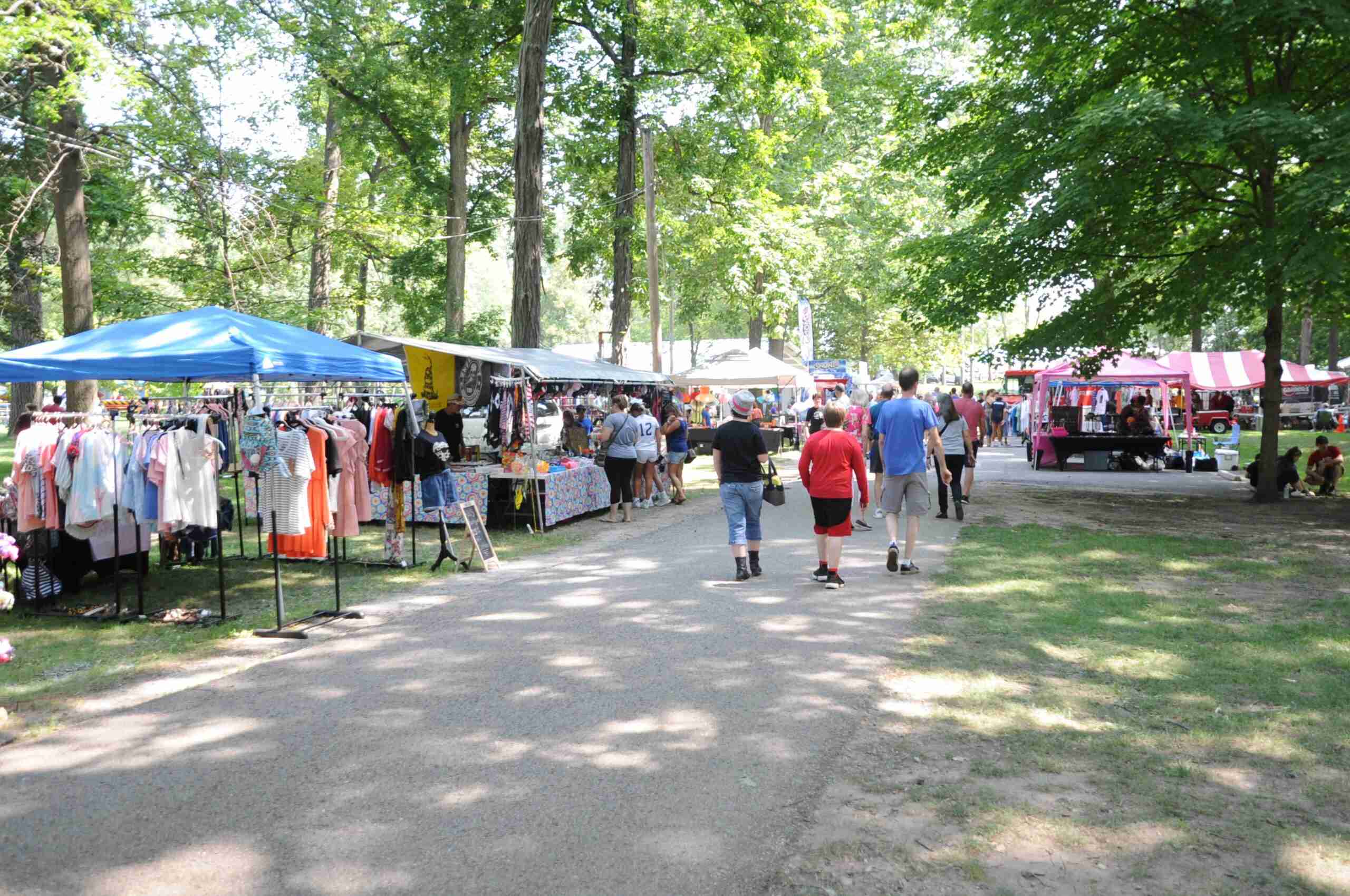 CORN FESTIVAL … Many food and merchandise vendors were present at the Corn Festival. Vendors lined the paths from each end to the other. (PHOTOS BY JACOB KESSLER, STAFF) VIEW 86 PHOTOS OF THIS EVENT ONLINE FOR FREE AT WWW.THEVILLAGEREPORTER.COM.

The Corn Festival took place in Swanton on Saturday August 7th. The event started at 9am and took place at the Swanton Memorial Park.

First to kick of the event was Pharaoh’s car show followed by a 3 X 3 basketball tournament. The Corn Festival Parade followed after at 10:30am. A chicken BBQ took place at 11:30am followed by a duck race, girls 3 V 3 soccer game, youth Home Run Derby, and Corn Hole Tournament for those aged 21 and up.

The Corn Festival also had two separate entertainment stages that each offered different groups and events.

Stirred not Shaken was the featured entertainment and took place on stage at the beer garden at 8pm. There were also numerous amusement rides, games, food booths and merchant booths.

The area for the event was quite large and still was crowded throughout the day.

Parking near Memorial Park was $2 and allowed people to park in the grass near the park and school. Events lasted throughout the day and continued until 11:30pm. 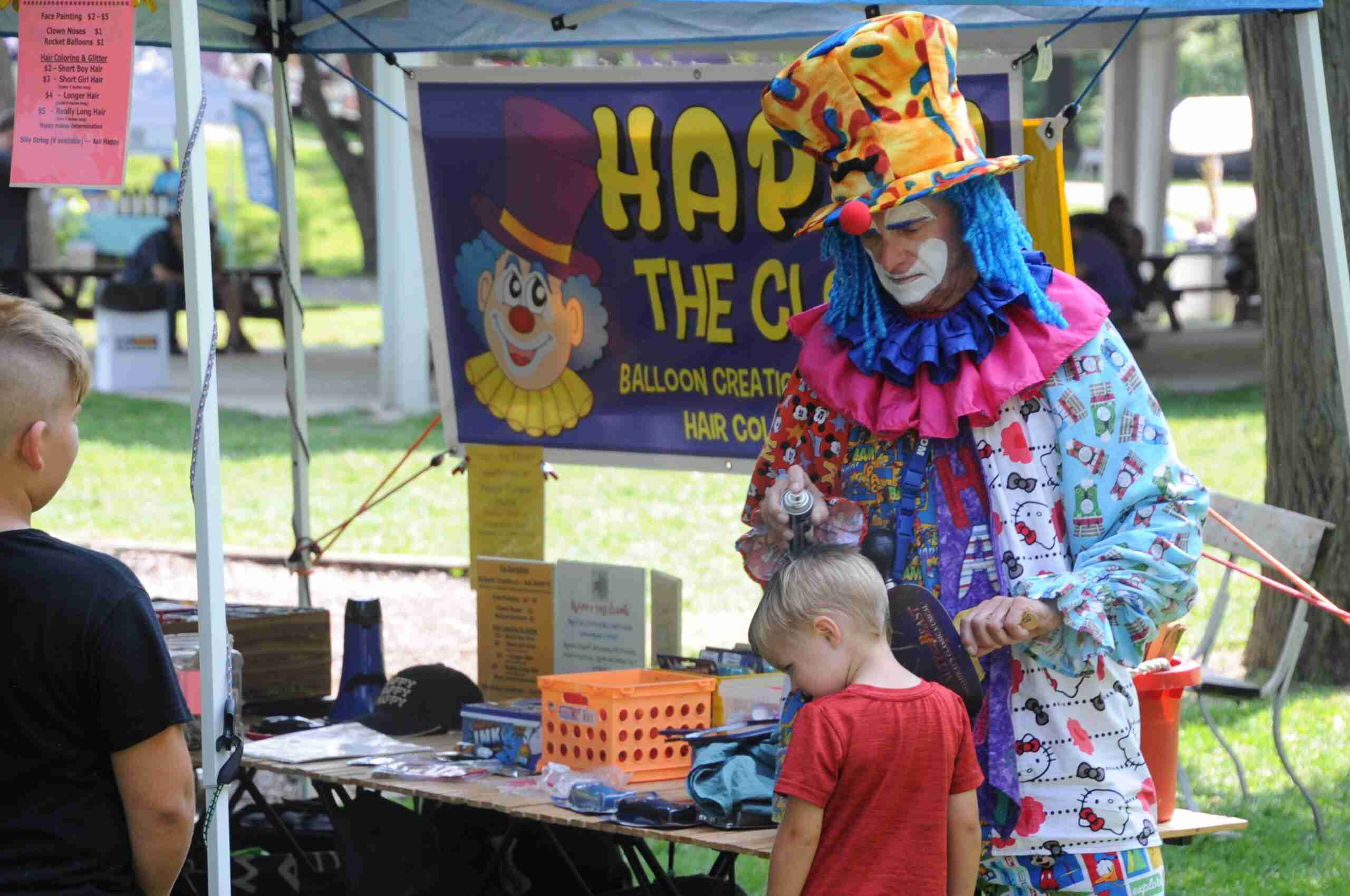 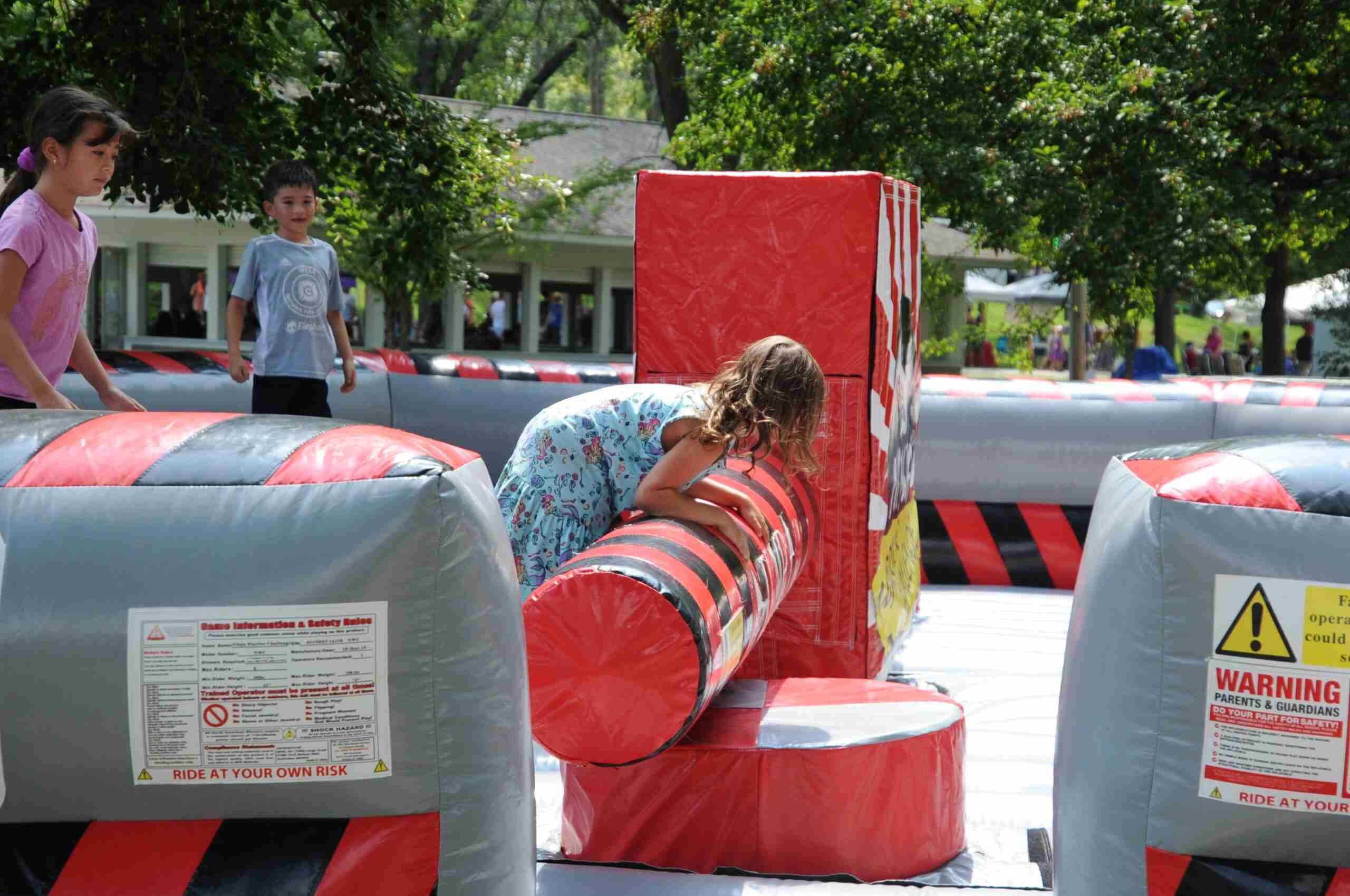 ROUND & ROUND … Children stand in a bounce ride that has an arm that spins around. Children need to duck or jump over it to stay out of its way.