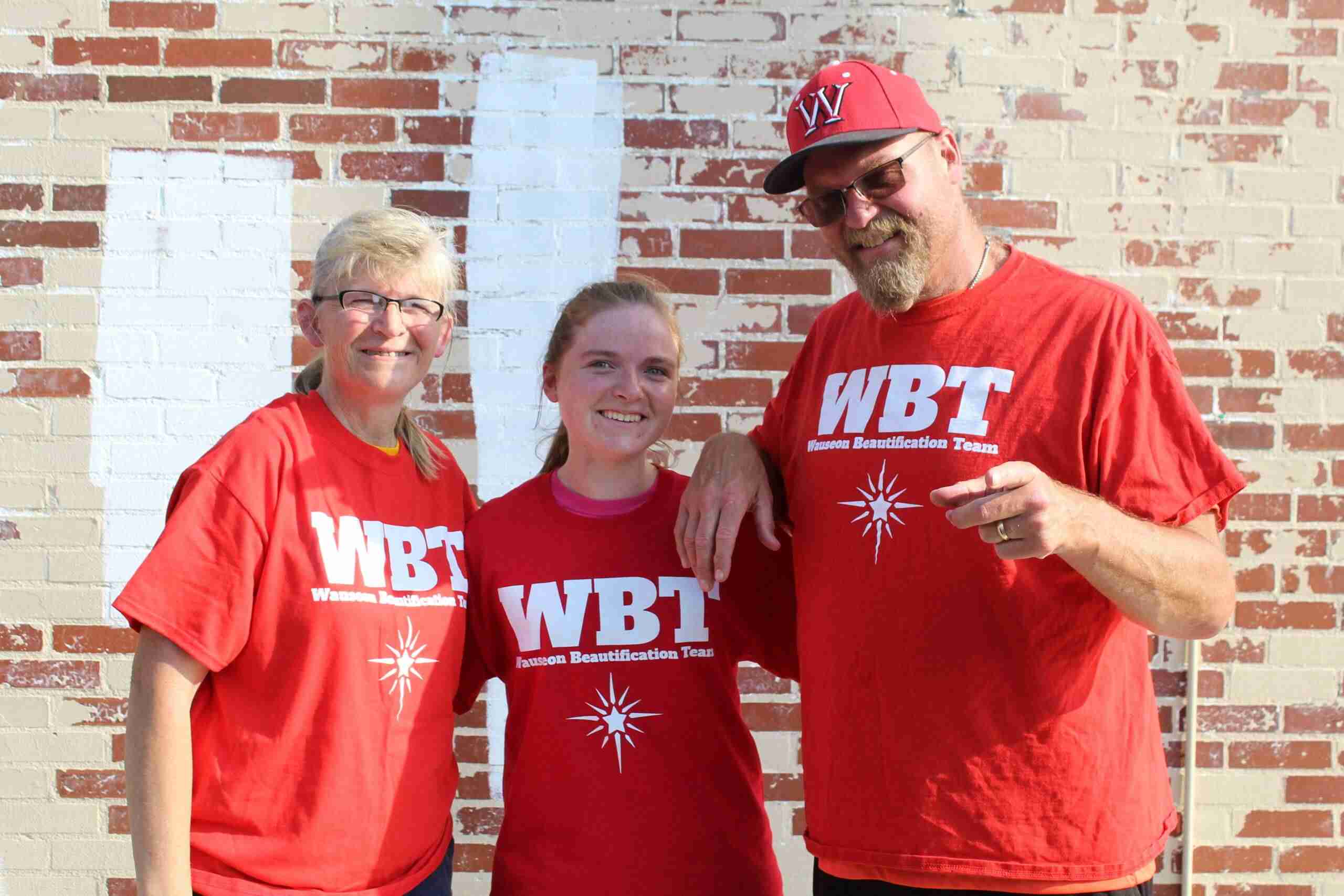 BEAUTIFICATION TEAM … Shelly Cales, Bekah Cales, and Vic Cales, members of the Wauseon Beautification Team stand in front of what will be the mural in downtown Wauseon. (PHOTOS BY JACOB KESSLER, STAFF) 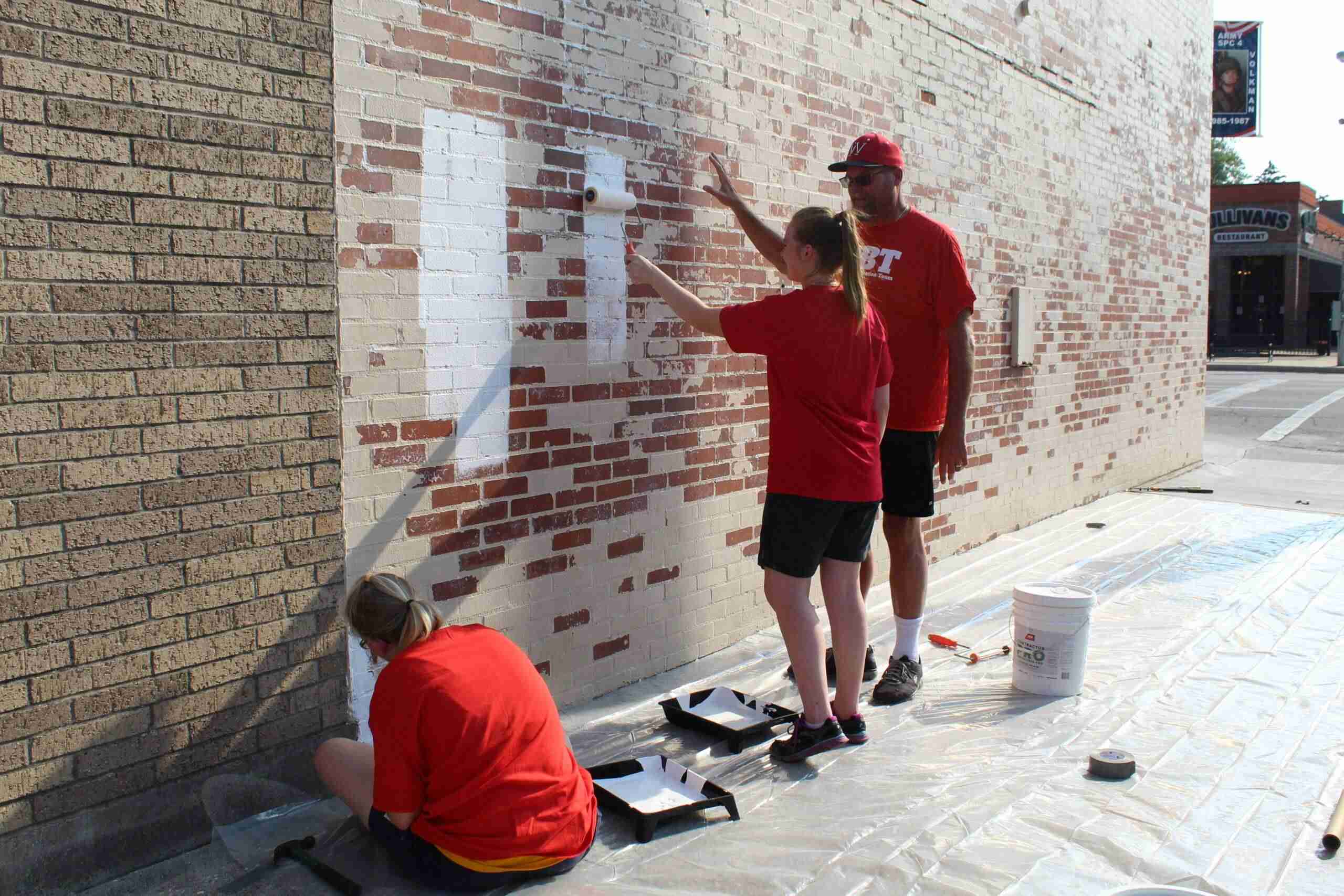 MURAL PAINTING … The Wauseon Beautification Team works to put primer onto the wall of the CenturyLink building in downtown Wauseon.

The Wauseon Beautification Team has been working for four years to put a mural in downtown and it will now become a reality.

The team has already begun working on the CenturyLink building on Fulton and Elm Street by pressure washing the entire side of the building to remove the loose paint and debris from it.

They have also added a coat of primer onto the side of the building to get ready for the paint.

Many people may recognize the Beautification team as they already do a lot of work in the city. The Beautification Team works on all the flowers downtown such as the ones in the pots, flowerbeds and the ones hanging from the light posts.

There are also plans to add hanging solar lights to the tree’s downtown as well. Currently, the team has over 200 volunteers with over 130 of them being high schoolers.

The team is headed up by Vic Cales who is the President of The Wauseon Beautification team as well as the Senior Leader at The Church of Wauseon. Vic explained that this is all about serving the community.

“I capture life in three things, no matter what angle you come at it. I believe every person, whether it’s Wauseon or America should have fun, I believe they should be loved and they should experience feeling at home.”

“I think people connect when they are having joy and fun and that there is a strength to that. God gave me a love for people, love changes a city, and I may not be from here by I am now,” said Vic.

The downtown mural will feature many different aspects of Wauseon with it including train, the depot, the state seal, and the South Park with three children of different ethnic groups looking at the star.

The city name will appear at the bottom in olden style script text so people can take pictures with it easier. The painting style will be a paint by numbers but in a special way.

A projector will be used to put the outline of each item on the mural to make it easier to focus on each aspect on the wall.

The mural was worked on with Mayor Huner, Mike Colon and Vic Cales as well as with the Pride and Preservation Committee.

The Beautification team is hoping to have the mural done as quickly as they can so it can be enjoyed by everyone in the city.