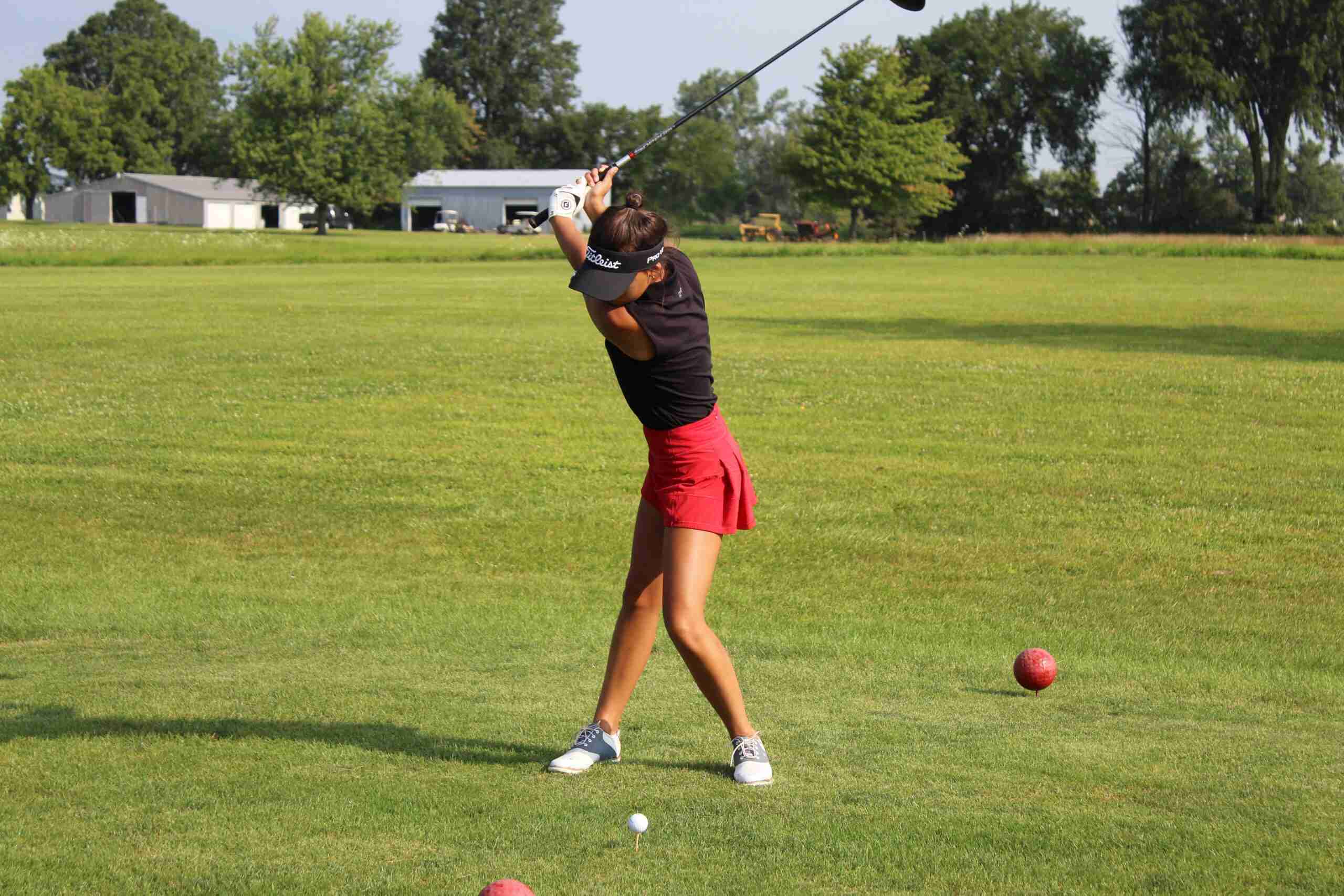 ALL-TOURNAMENT TEAM … Halle Frank hits a tee shot on her way to an 85 as she earned all-tournament honors and helped Wauseon to the tournament title. (PHOTOS BY JACOB KESSLER, STAFF)

Coming off an appearance at state last year, the Wauseon Lady Indians showed no signs of slowing down as they fired a 367 to take the top spot.

Callaway Gerken and Halle Frank paced Wauseon with rounds of 85 to place them in the all-tournament team. A 92 from Jordan King and 105 by Ashley Fisher rounded out the scoring for Wauseon.

Hilltop’s Jaime Chester posted a 79 to earn tournament medalist honors and help the Cadets to a second-place finish with a 386.

Avrie Reed’s 89, Ella Calvin with a 93, and Ingrid Hoffman with a 125 completed the Hilltop effort.

Archbold totaled a 410 to finish in sixth led by Brayton Huffman who fired a 90 and Carly Grime carded a 91.

Edgerton came home in seventh led by a 103 from Gretta Brown and host school Montpelier was eighth as Kinsey Word had the low score for the Locos with a 91.

The rest of the all-tournament team comprised of Kenzie Schroeder from Hicksville (80), Autumn Osborne of Ayersville (80), and Mallory Weaver from Defiance (83). 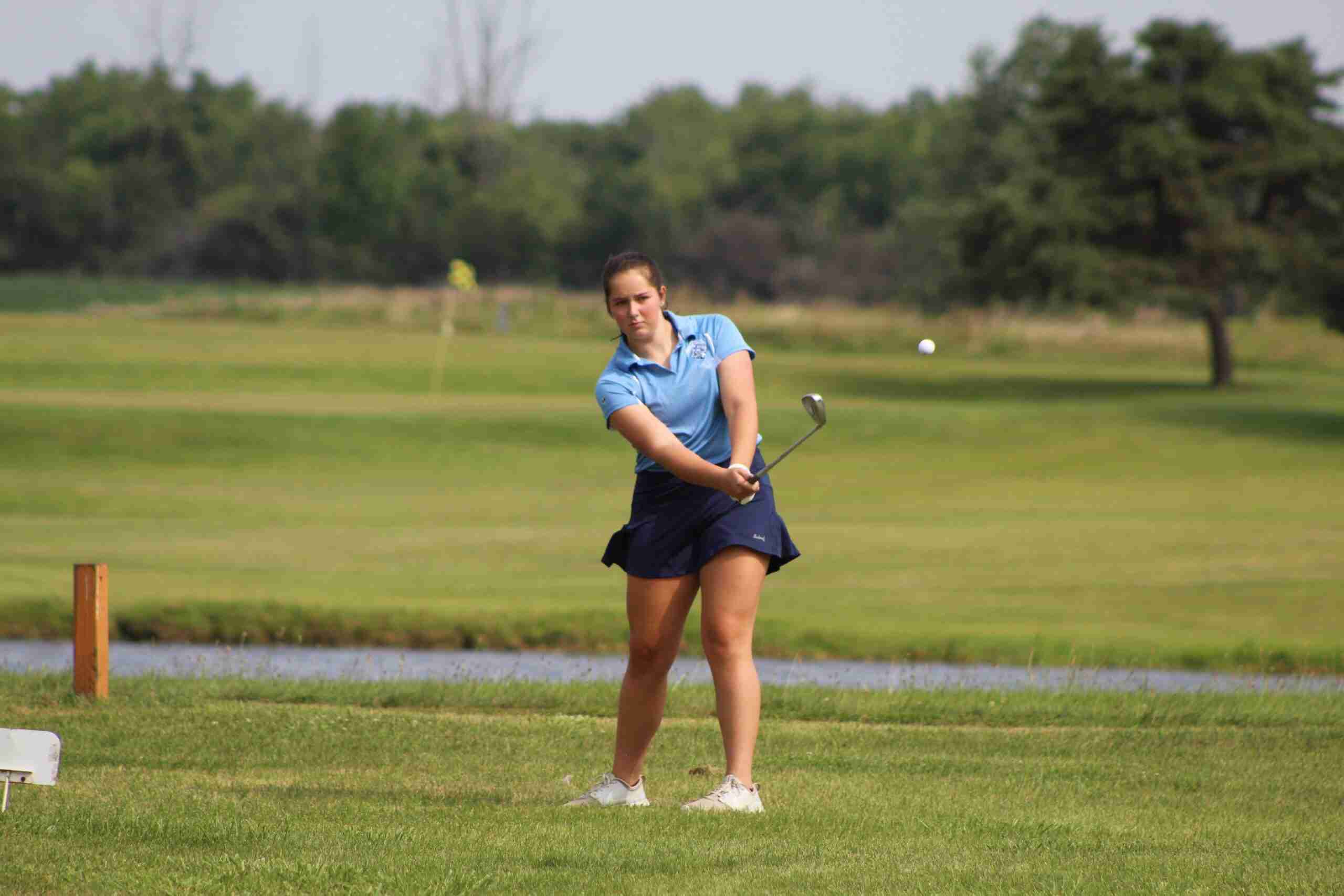 MONTPELIER MEDALIST … Kinsey Word had the low score for the Locos with a 91. 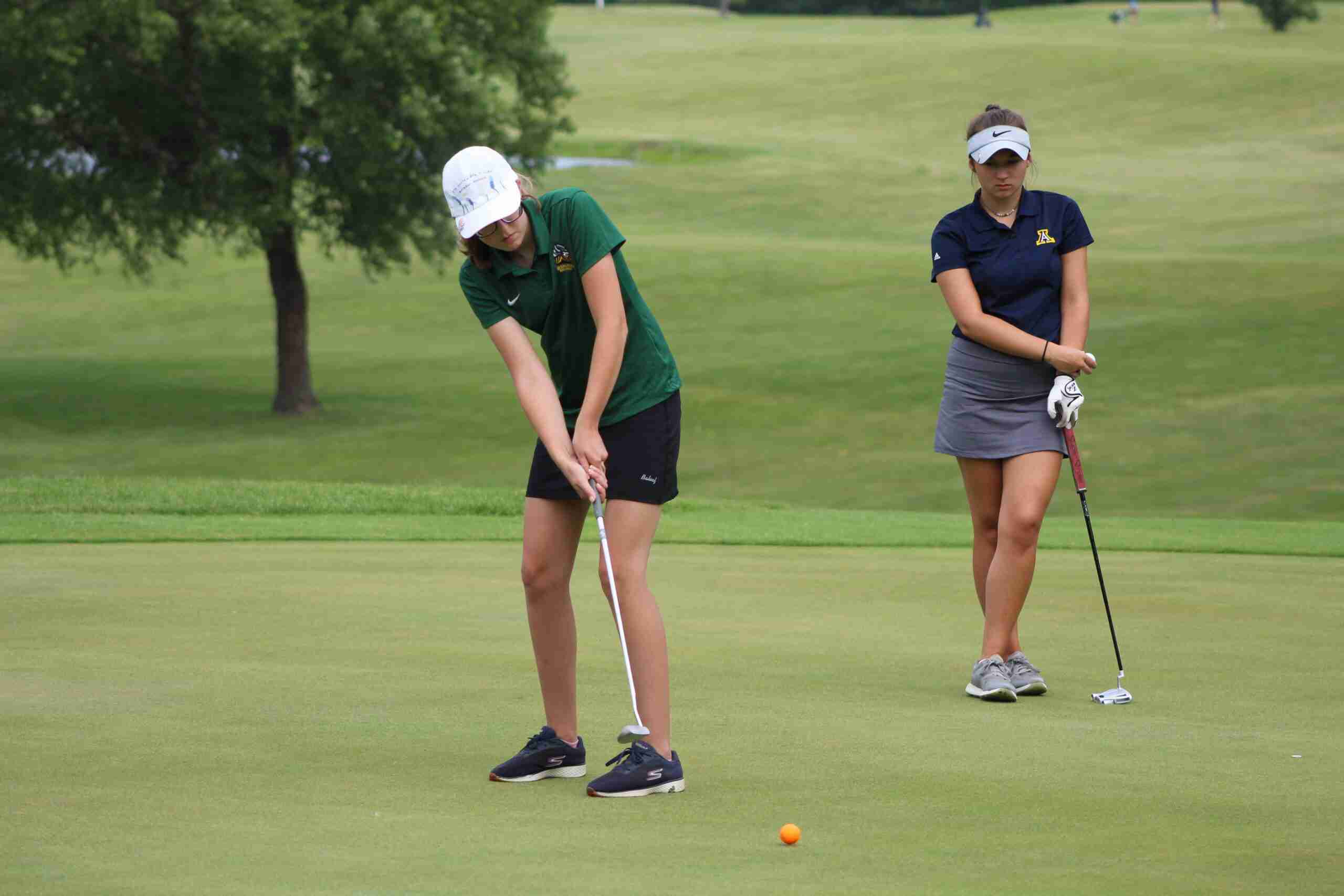