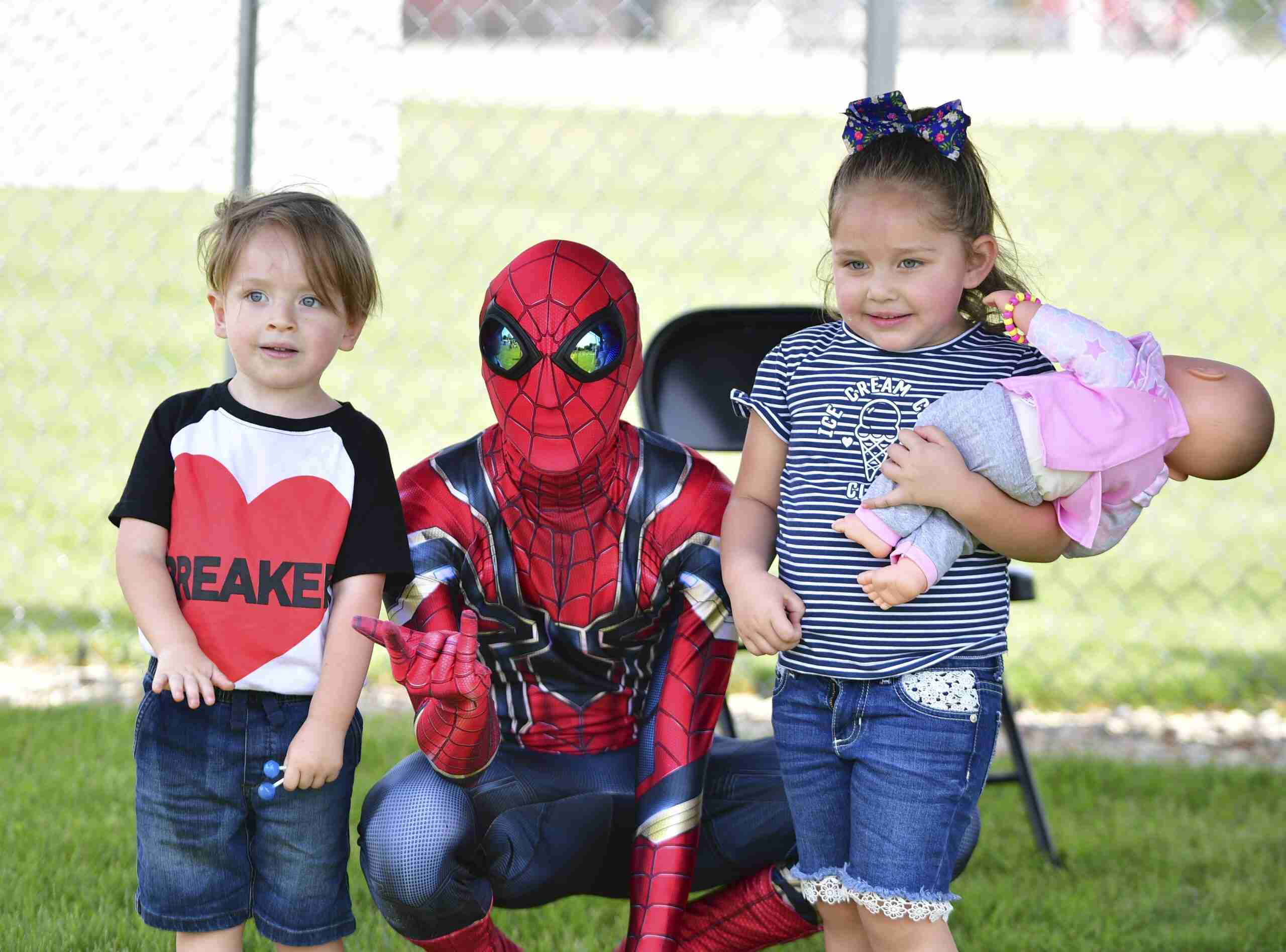 SUPER HEROES … Kids from the festival got to pose with Spider-man, Bat-man, Wonder woman, and Wanda Maximoff for a picture, and receive an autographed copy of a superhero picture. (PHOTOS BY LINDSAY PHILLIPS, STAFF)

On Friday, June 10, West Unity kicked off their three-day festival at 5:00 p.m. in Memorial Park. Multiple vendors including: Color Street, Fifth Element, Clean Manifestation, Pampered Chef, a plant booth, a quilt and tote bag booth, and many others.

Festival attendees were able to watch live music by Heidi Paxton while they enjoyed five options of food trucks. Another food option at the park was the Chicken BBQ sponsored by The West Unity Chamber of Commerce.

Along with many other activities, kids enjoyed playing in a bounce house with a slide, a mini train ride, and hay rides around town.

Around 7:00 p.m. the Garden Tractor pulls began with about twenty participants. At 8:30 p.m. a family movie was shown called “Overcomer.”

Day two of the festival activities began earlier, at 8:00 a.m. with a biscuit and gravy breakfast at the Shelter House. During the day, a craft show, more vendors and food trucks were open to attendees.

At 11:00 p.m. the West Unity Days parade began. The parade was filled with fire trucks and ambulances from multiple departments in the towns surrounding West Unity.

Police and sheriffs rode horses through the parade, along with their police cruisers. Hilltop Cadet Marching Band filled downtown with music, led by Majorette Cathy Batt. Some even decorated their trailers and golf carts for the parade.

Following the parade, at about 11:45, Kids got the opportunity to feed a pony, and meet Spider-man, Bat-man, Wonder-Woman and Wanda Maximoff. 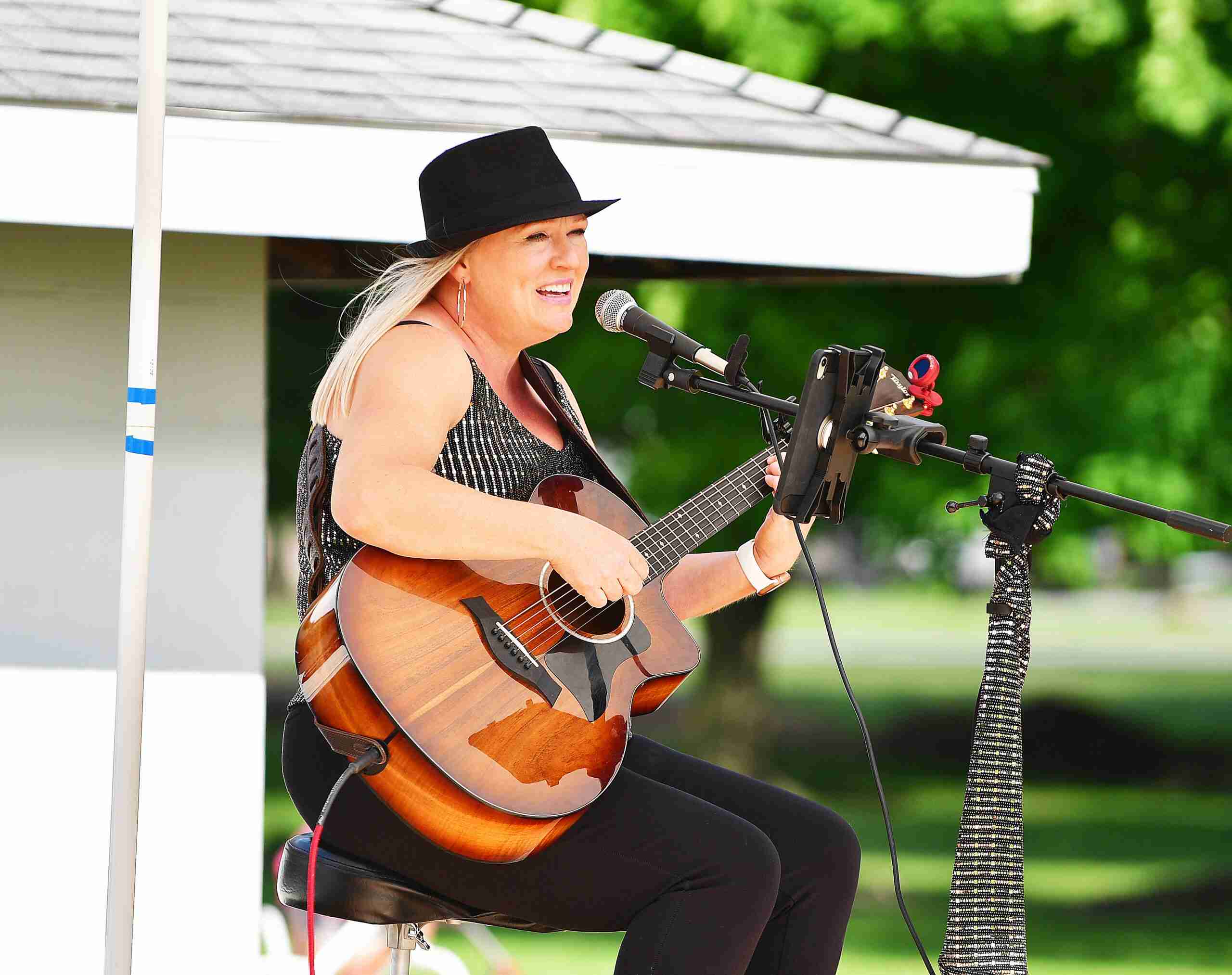 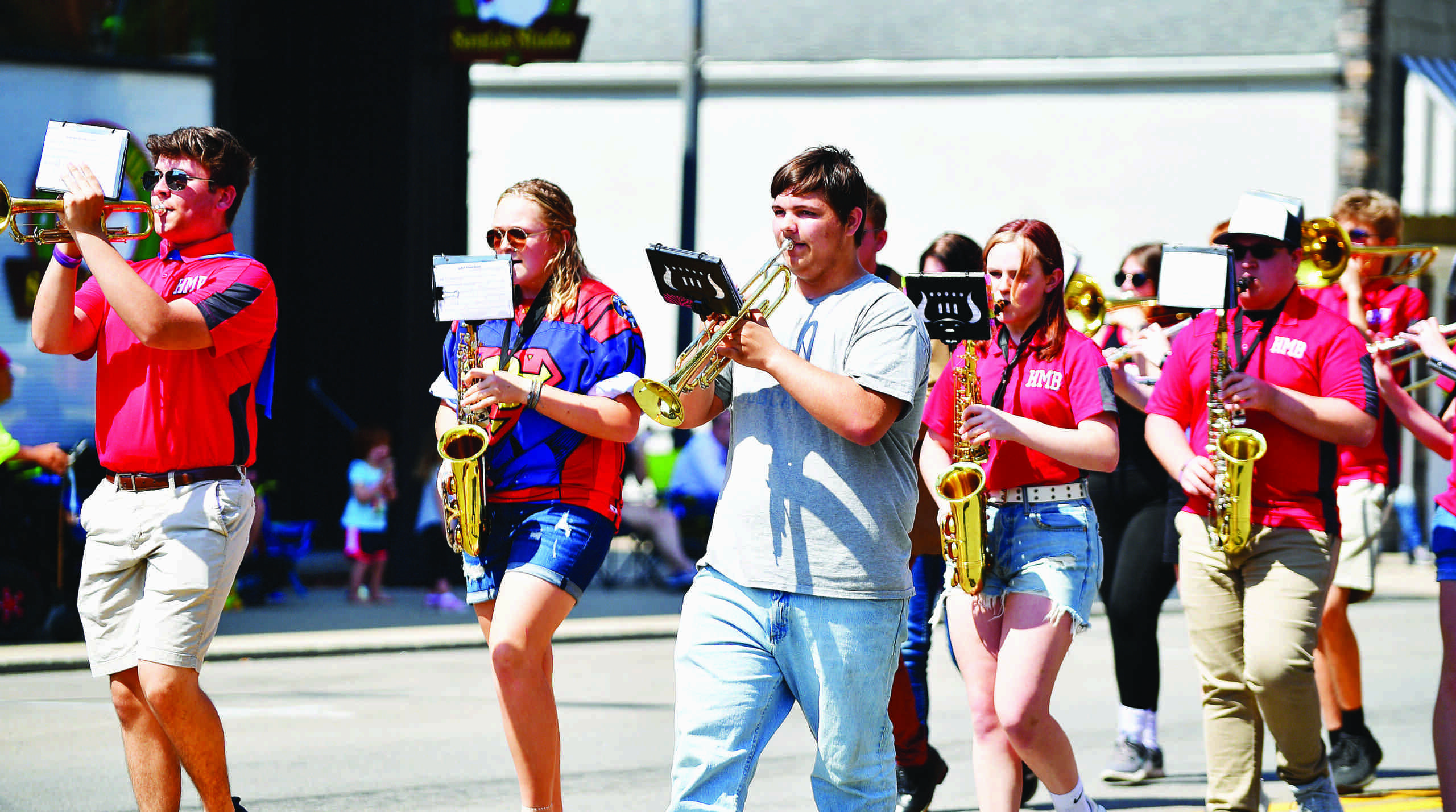 PARADE … Hilltop Cadet marching band lead’s the way for the West Unity Festival Parade, through downtown and back to Memorial Park for more family activities.

CRUISE IN … Fancy sports and historical cars arrived to the north end of Memorial Park at 9:00 a.m. to check in and show off their cool rides.