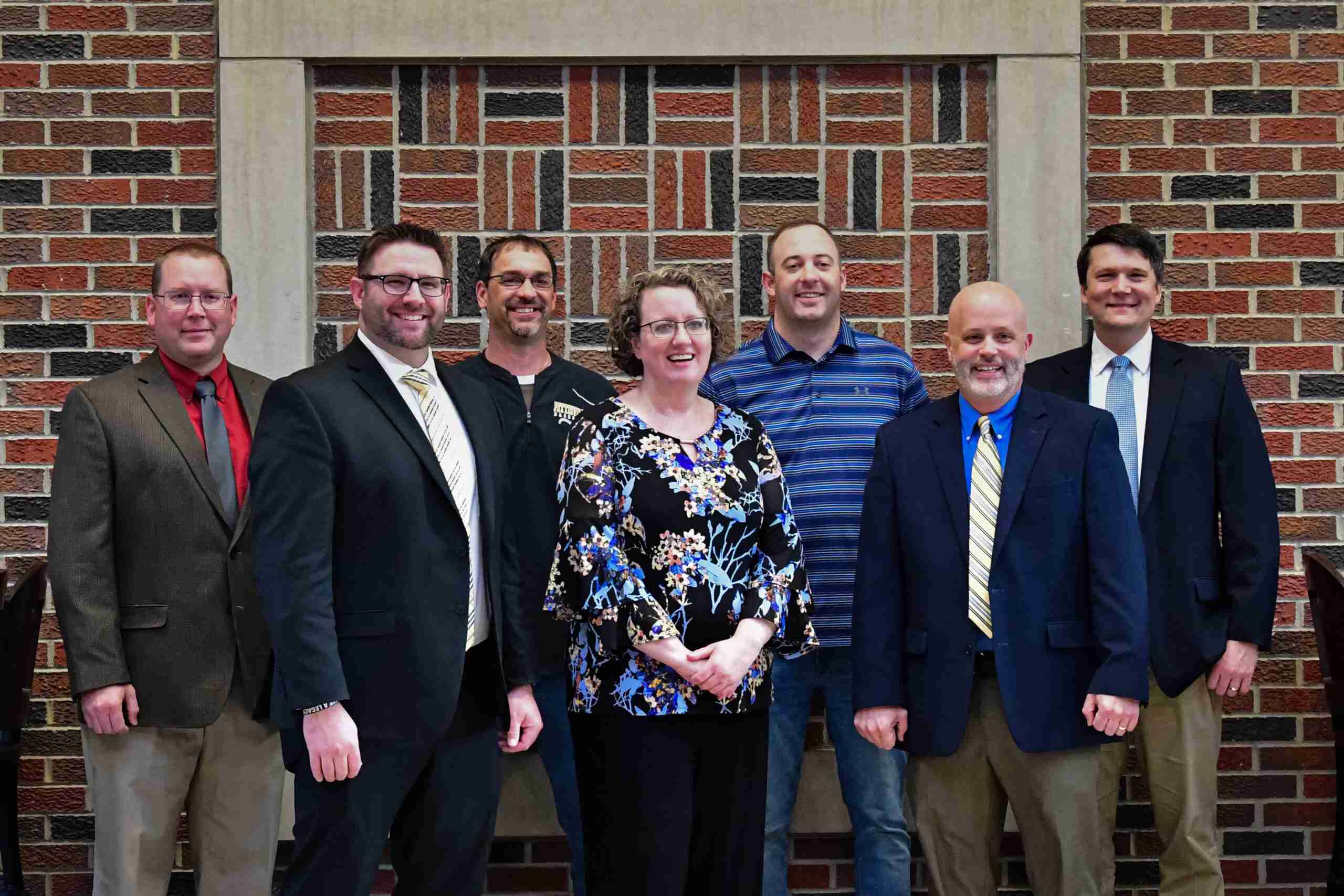 BOARD OF EDUCATION … Pettisville Board of Education posed for a group picture. Photographed from left to right in the front row is, Josh Clark, Superintendent, Pam Skates, and Treasurer Chris Lee. In the back row from left to right is, Brent Hoylman, President, Brent King, Justin Rufenacht and Scott Rupp. (PHOTO BY LINDSAY PHILLIPS, STAFF)

Pettisville Board of Education meeting began at 7:00 p.m. on Monday, March 21, 2022. The meeting began with a prayer and was called to order by President Brent Hoylman. Treasurer Chris Lee then took the roll.

The Board approved the minutes from the previous February, 2022 meeting, and accepted the Financial Reports from the Treasurer.

During Elementary School Principal, Jason Waldvogel’s report, he announced registration is around the corner and already looking fruitful.

Waldvogel wants to remind family’s that the BlackBird Pantry is still there and for anyone in need.

Kelly Wyse placed second in Super Judging and will now present her research at the International Science and Engineering Fair in Atlanta, Georgia. Amanda Grimm received an honorable mention for HS Microbiology. Other High school winners include:

The Franklin B. Walter All-Scholastic Award was created in 1990 by Ohio Educational Service Center Association (OESCA), to honor Franklin B. Walter, a past Ohio State Superintendent, to recognize one of the top student scholars from each county in Ohio.

One of this year’s Franklin B. Walter Scholarship winners is Pettisville Senior, Lyla Heising and her honored teacher is Rebecca Dorosz.

High School Principal, Michael Lane stated, “We are very proud of Lyla and all her accomplishments in high school.”

The Fulton County Quiz Tournament was held on March 10, 2022. Pettisville Junior High quiz team won in both the Varsity and Junior Varsity divisions for the third year in a row.

Principal Lane stated, “Congratulations and thank you to Mr. Switzer and Ms. Dorosz for your leadership.”

Eighth Grader, Genevieve Heising, successfully qualified to be a contestant in The Blade’s 2022 Northwest Ohio Championship Spelling Bee, which was held on March 19 at the Center for Fine Arts at Owens Community College in Perrysburg. Genevieve made it to the final twelve students at the competition.

Principal Lane shared students made it back safely from their trip traveling to Nashville, TN, then to New Orleans and back to Nashville, then back home.

Students got to tour and see many things, including taking a River boat Dinner Cruise. Lane went on to state, “It is a good feeling that our students are able to travel again over spring break.”

The Pettisville Junior High held there Junior High Dance during seventh and eighth period, which the Board agreed was a great way to have their dances, and hopes to possibly continue having the dance’s during school hours.

Before moving to an executive session, the Board approved the Pettisville Spanish Club trip to Costs Rica over spring break of 2023.

The Board entered an executive session at 7:29 p.m for the purpose of preparing for, conducting or reviewing negotiations or bargaining sessions with employees.

The executive session concluded at was adjourned at 8:43 p.m. with no action taken.